The Refugee Crisis: A Global Catastrophe 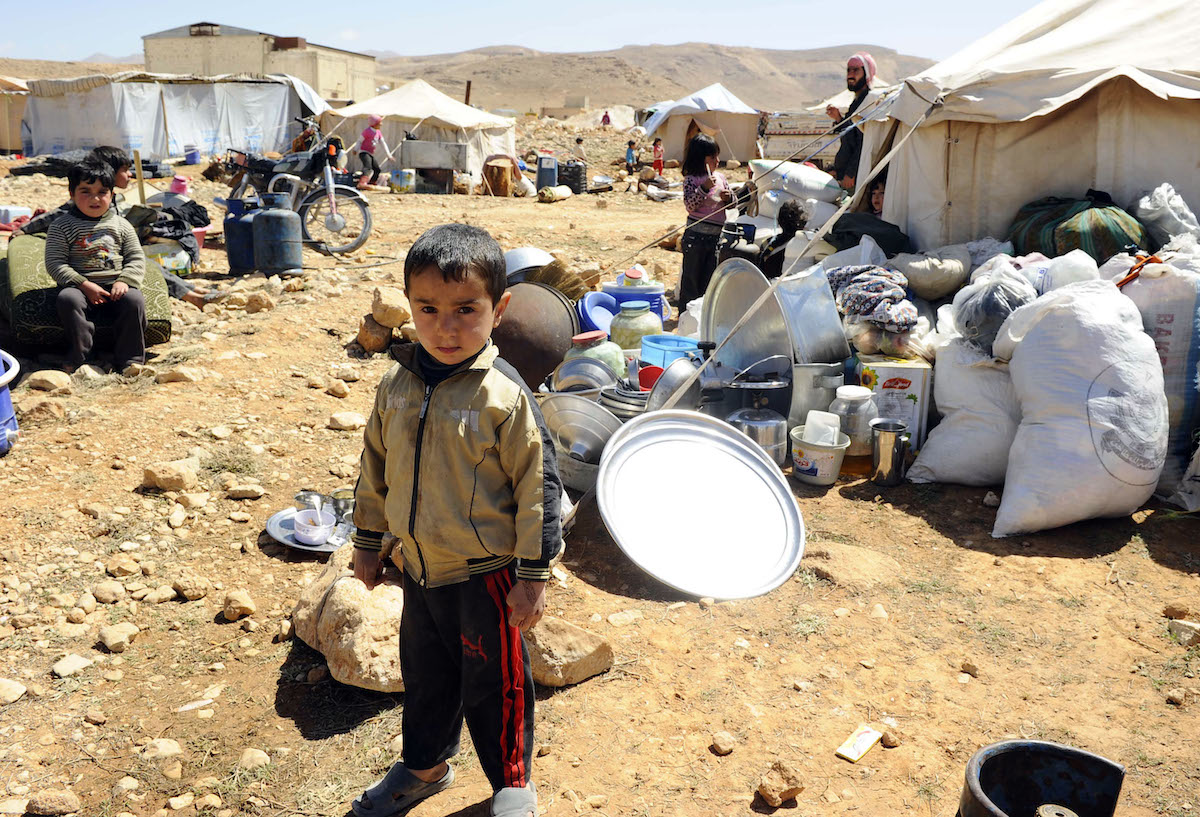 A Syrian refugee child at the border town of Arsal, in the eastern Bekaa Valley, Lebanon
Share

The issue of refugees seeking asylum is unfortunately not a recent phenomenon to affect countries and their government leaders, but has long been present since violent conflicts and persecution have plagued the world. According to the United Nations High Commissioner for Refugees (UNHCR), 65.3 million people “were displaced from their homes by conflict and persecution in 2015.” This is the single largest number of displaced people to confront UNHCR since its inception in 1951. Since 2011, the number of those forced to flee their homes has increased significantly, and has garnered international attention in recent years. Among other factors, UNHCR ascribes longer lasting and more frequent conflicts, as well as a declining rate of concrete solutions, leading to the sudden increase in refugee outflows.

On September 19, the United Nations hosted a summit for refugees and migrants, with the aim of encouraging a more cooperative and coordinated approach in addressing this unprecedented global issue. The summit was attended by Heads of State and Government, as well as ministers and other leaders from member states, and involved speeches from leaders such as Theresa May and Barack Obama. The New York Declaration for Refugees and Migrants represents one of the more significant results to come out of the UN summit. It “expresses the political will of world leaders to save lives, protect rights and share responsibility on a global scale.” The document presents several commitments by which member states must oblige, and these include a global campaign to conquer xenophobia against migrants and refugees, the protection of human rights of all such people, as well as the closing of all funding gaps in order to improve the delivery of humanitarian aid, to name but a few.

The one problem with this declaration is that it claims to begin negotiations in 2018. This means that efforts to address the overflow of refugees and migrants can only begin to take concrete shape in two years time. For another 24 months, countries are essentially exempt from developing tangible plans that deal with accepting or resettling those displaced by violence and war. This leaves vulnerable families in a period of limbo for the next while, a state with which many people are already too familiar. Two years may seem like a short time in the eyes of the international community, but in the eyes of those who have suffered from brutal violence and the lack of basic human rights, two years is a lifetime.

Following the UN summit, the UN General Assembly held a meeting, where Britain’s new Prime Minister, Theresa May, spoke of Britain’s contribution to the refugee crisis. May outlined the country’s plan to help reduce the number of people streaming into Europe through several financial pledges, such as spending £80 million to help provide jobs in Ethiopia. The United

States’ President, Barack Obama, also spoke, urging the international community to step up to the plate during what has proven to be “a test of our common humanity.” It might seem obvious to some, but global crises demand attention from global communities, and cooperation at such a level does not come without effort.

Canada’s Prime Minister, Justin Trudeau, also took to the podium, on which he delivered his first ever speech to the General Assembly. Trudeau proudly acknowledged Canada’s efforts in welcoming and resettling 31,000 Syrian refugees this past year, stating that  instability should be confronted “with a clear plan to deal with its root causes.” Trudeau presented Canada as a role model in this crisis, encouraging other nations to share his views and open up their borders. However, it is not as simple as Trudeau makes it out to be for other countries to follow Canada’s lead. Canada is a wealthy nation that can afford the time required for careful consideration of each newly accepted refugee, as well as allocate the necessary resources for resettlement; not every country has the luxury to do so.

Unlike Canada, the European Union has not been able to deal with refugees in a systematic way for several reasons. Firstly, the EU lacks a united strategy; it is divided amongst itself along political and domestic fault lines, which culminate to produce a total lack of cooperation between states. Then there is the issue of open borders, which makes it infinitely harder to stop refugees from crossing into certain countries. The EU’s close geographic proximity to the Middle East and North Africa poses as yet another problem for member states. The fact that the EU shares the same landmass with the Middle East makes it all the more feasible for refugees to find their way into Europe. Lastly, the influx of displaced people has generated a current resurgence of right-wing politics and divisive rhetoric both at the domestic and international level. Such discord is not the intention the international community ought to have, however, it is a reality which must be addressed.

Alexander Betts, Director of the University of Oxford’s Refugee Studies Centre, relates the current refugee crisis to the aftermath of World War II, a time at which thousands were displaced due to the horrors of the war. It was in the conclusive years following the end of the Second World War that the International Community first reacted to such a crisis, and set up the legal framework that was to become the United Nations High Commissioner for Refugees. The 1951 Refugee Convention continues to serve as the key legal document of UNHCR, and is guided by the core principle of non-refoulement, “which asserts that a refugee should not be returned to a country where they face serious threats to their life or freedom.” According to Betts, “there are more people displaced around the world than at any time since the Second World War […] and this is the first time in its history that Europe has faced a mass influx of refugees from outside the region.” The current refugee crisis has threatened core European values and has shed light on the fear-driven politics which further divide the Union. A vast swath of the European population fears immigration, for the unspoken reason of fear of settling large numbers of Muslims within European borders. In many countries within the EU, “far-right parties are influencing the political agendas of mainstream parties […] and it’s very important that politicians show leadership in countering xenophobic narratives.” The only answer to a successful EU record is collective action, where sustainable policies for resettlement are implemented, otherwise, the Union will further splinter away into opposing camps and groups, leaving little to no room for cooperative action.

It is one thing to know that collective action is the correct answer to such a global catastrophe, and yet it is another to actually implement such action. Conventions and summits are all fine and well; however, at times they prove inefficient in effecting real change in national policies. International bodies, such as the UN, are imperative to providing a forum through which leaders can debate and discuss world issues, and yet there are times at which they prove unsuccessful at providing peaceful, effective solutions to the issues that plague our global community.

Josephine Libel, leader of Oxfam’s UK policy and advocacy on humanitarian crisis, expresses doubt as to whether the recent Leader’s Summit on refugees will bring about any concrete action. Despite the recent New York Declaration for Refugees and Migrants, its member states will not suffer any real consequences if they fail to fulfill their pledges and commitments. Real action needs to be taken by countries who truly have the means and resources. Concrete and binding legal frameworks must to be heeded by all those in the international community, and smuggling rings need to be prosecuted. Only once the entire global community is on board can any progress be made.

In his final speech to the UN General Assembly, Obama spoke of a brighter world, one contrasted against those sharp divisions and conflicts “along age-old lines of nation and tribe and race and religion.” His words are wise, and so we must go forward together, in collaboration and cooperation, if any change is to be made.