President Saied’s Coup: The Return of Dictatorship in Tunisia? 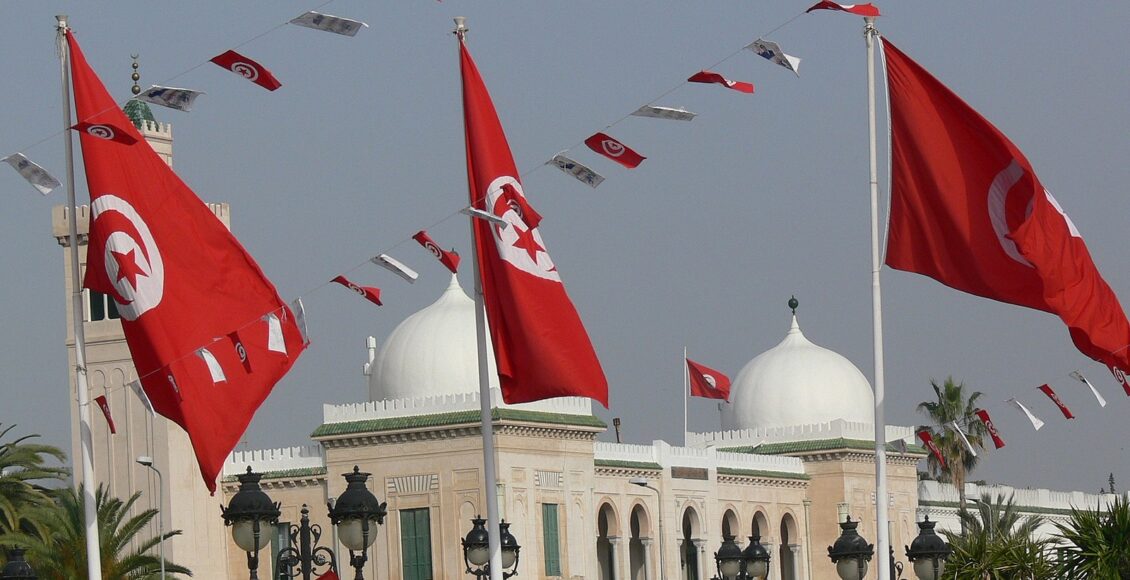 Tunisia, the birthplace of the Arab Spring, was one of the few states that seemingly emerged successfully from the Arab Spring protests. The longstanding authoritarian regime was overthrown, and a new constitution was adopted. Today, Tunisia is the only democratic country in the Middle East and North Africa, aside from Israel. Although Tunisia occupies the smallest territory in North Africa, this has made its domestic politics of particular regional and international interest. President Saied’s recent power grab, however, suggests a return to dictatorial rule.

Authoritarianism in Tunisia and the Arab Spring

After over seven decades of French imperial control, Tunisia gained full independence in 1956 under the leadership of Habib Bourguiba, a lawyer and nationalist. A westernizer, President Bourguiba consolidated his reputation as a progressivist by promoting women’s rights and educational reform. However, Tunisia remained an authoritarian one-party state.

In 1987, Zine El Abidine Ben Ali, the prime minister, ousted Bourguiba by declaring him mentally unfit to rule. Ben Ali’s dictatorship lasted for 23 years until he was deposed in 2011 following the Arab Spring protests. He was sentenced to 35 years in prison for the misuse of public funds and embezzlement, and subsequently on a separate ruling, life imprisonment for the killing of protesters during the Arab Spring.

Despite persistent human rights violations and corruption, both Bourguiba and Ben Ali’s authoritarian regimes were supported by Western powers, such as the US and France, due to their pro-Western policies. Ben Ali won by huge majorities in his elections, as there were no organized opposition powers in place. The regime was also quick to silence any criticisms of the government under the pretense of restraining any form of “Islamic extremism.”

There was ostensibly gradual economic growth under Ben Ali’s dictatorship, with an average of five percent annual growth in GDP. International observers generally perceived Tunisia as being politically and economically stable, but these rosy assessments did not take into account economic policies that made regime cronies profit at the expense of the public, who continued to suffer from unemployment and regional economic disparities. Only subsequent World Bank reports revealed the sheer size of the companies and net private sector profits dominated by Ben Ali’s family members alone. Hence, it took the world by surprise when a series of demonstrations erupted in Tunisia in 2010, effectively forcing the president to flee the country.

After the Arab Spring protests, Tunisia rapidly transitioned into a democracy. A new constitution was adopted, and successful parliamentary and presidential elections took place. At this time, Tunisians and international observers alike were optimistic that the establishment of a democratic political system would engender economic and political stability. However, these hopes have not been realized. The corruption that was a reality of daily life for Tunisians under Ben Ali’s dictatorship has not disappeared, and Tunisia continues to suffer from economic problems.

Financial laws and regulations — those formerly established to hinder the growth of firms that could compete against business networks owned by Ben Ali’s in-laws — remain deeply ingrained in the system. Administrative red tape continues to stifle the growth of businesses, and persisting customs concerning activities such as electronic payments set back the process of obtaining business licenses.

Tunisians’ initial hopes for political reform, too, have not been realized. While the establishment of institutions such as the Truth and Dignity Commission (TDC) sought to bring about justice for cases of human rights violations committed by former regimes, all the trials have been postponed, and the Tunisian court has not followed up on any legal proceedings to hold the accused accountable for their crimes. The parliament, dominated by cronies of former regimes, has continued to safeguard repressive laws that police the people and corrupt practices that carry on the wealth accumulated from the Ben Ali era. In fact, the parliament passed a law in 2017 granting amnesty to officials accused of corruption, a move that was met with widespread public outrage.

Today, the lack of political progress, tied with an economic crisis driven by austerity measures, continues to haunt the nation. The COVID-19 health crisis has made matters even worse. While Tunisia relies heavily on the tourism industry — with the tourism sector typically accounting for almost 14 per cent of GDP — it has declined sharply in recent years, approaching a negative value in GDP. Travel restrictions have resulted in the loss of thousands of jobs associated with the tourism industry and services, along with a surge of migrant workers heading towards Europe.

In an attempt to resolve this situation, President Kais Saied suspended the parliament on July 25th with the aid of the military and fired the country’s prime minister Hichem Mechichi. President Saied also suspended lawmakers’ parliamentary immunity and declared that he would rule by decree.

While critics have described his recent power grab as a coup attempt, Saied and his supporters deemed his actions necessary in order to end corruption and governmental paralysis “after years of political squabbling and economic stagnation.” Saied’s intervention was in part a response to the series of anti-government protests demanding the dissolution of the parliament. Politicians’ constant political theatrics and their failure to address persisting issues such as unemployment and hunger have led to increasing demand for desperate political reform.

In fact, Saied retains a majority of support from the Tunisian population. A former law professor, he emerged as a populist leader that would bring about revolutionary institutional changes. Soon after he seized power in July, thousands of Tunisians rallied in the capital to show support for Saied’s decision to suspend the parliament.

While Saied’s actions were met with celebrations from his supporters, thousands of Tunisians also gathered near the suspended parliament to protest against this power grab. They demanded that the parliament be restored and return to normal democratic rule in alignment with the constitution. Protestors also demanded freedom of expression, criticizing the state for imposing travel restrictions and employing police forces to regulate the number of people participating in protests.

In October, Saied nominated Najla Bouden Romdhane as the new prime minister. Her lack of political affiliation has led many to suspect that her nomination was merely a ploy to divert the attention of the international community by appointing Tunisia’s first female prime minister. A number of politicians have been arrested for verbal attacks on Saied and “conspiring against state security,” while others have faced travel bans.

It is yet unclear whether President Saied will retain his title as a populist hero or evolve into an authoritarian leader that brings about further democratic backsliding in Tunisia. Growing censorship and the increasing use of brute force by police show clear signs of dictatorial rule, yet Saied’s incessant support by the majority of Tunisians suggests that his policies are, so far, consistent with the will of the people.