The Return of Janša: Can Illiberal Democracy Triumph in Slovenia? 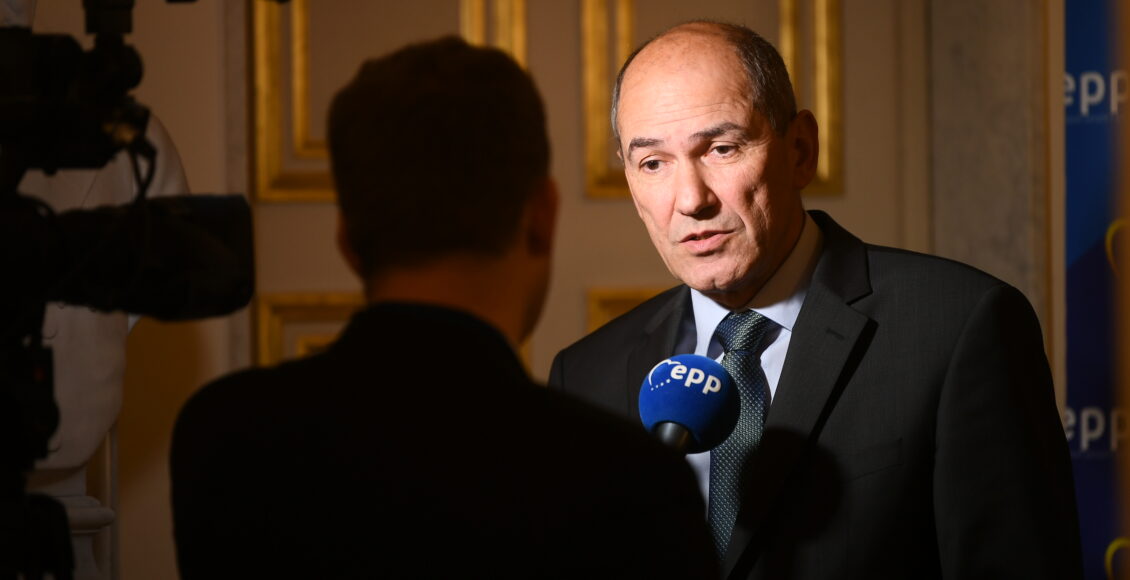 On March 13, 2020, Janez Janša was sworn in for his third term as prime minister of Slovenia, despite his 2013 conviction for bribery. Janša, who has remained a central figure in Slovenian politics since the 1980s, is an unabashed right-wing populist whose discourse appears to threaten Slovenian democracy. However, to date, Janša’s extreme rhetoric has not translated into tangible policy change, namely because he leads a fragile coalition government representing diverse ideologies and his popular support is limited.

Janša’s political career began in the late 1980s with the Slovenian independence movement — he was the Minister of Defence during the 1991 Slovene War of Independence. As a young politician, Janša became the leader of the Slovenian Democratic Party (SDS) in 1993, the party he leads to this day. The SDS is a major political force in Slovenian politics; it has consistently garnered more than 20 per cent of the vote in every parliamentary election since 2004. As a result of its success, Janša has already served as prime minister twice, from 2004 to 2008, and from 2012 to 2013. However, his time in office was marked by corruption: in 2013, Janša was convicted of bribery, a crime for which he was jailed in 2014.

Janša’s rhetoric is laced with conspiracy theories, as well as attacks against his political adversaries and members of the press. Since the beginning of his political career, he has claimed the existence of a deep state apparatus controlled by former communist politicians seeking to end his political career. Janša has also dismissed the corruption scandals he has faced as part of a communist conspiracy, and accused the media and the judiciary of being biased against him. Much like Donald Trump, Janša has made a habit of using Twitter to insult his rivals and promote his divisive opinions. In 2016, Janša wrote that two female journalists who had criticized him were  “retired prostitutes.” In June 2020, while facing protests from the left, he tagged American Senator Ted Cruz on a post likening Antifa to Nazis. Most recently, Janša endorsed Trump on Twitter.

Janša’s incendiary rhetoric against the media and the judiciary is dangerous for Slovenian democracy. By undermining basic tenets of democracy like press freedom and judicial independence, Janša is attempting to reduce democracy to the ballot box. This opens the path to illiberal democracy, where “democratically elected regimes […] are routinely ignoring constitutional limits on their power and depriving their citizens of basic rights and freedoms.” Furthermore, Janša’s demeaning attitude towards his political rivals and the opposition has had a polarizing effect on the country. His return to office sparked a wave of protests with the slogan “Death to Janšizm, freedom to the people” in reference to a World War II-era anti-fascist slogan.

In the region, Janša enjoys the support of a fellow prime minister with authoritarian tendencies, Viktor Orbán of Hungary. Like Janša, he entered Hungary’s political scene during the fall of communism in the late 1980s. He also employs conspiracy theories, often revolving around businessman George Soros, to fuel his populist and increasingly authoritarian rhetoric. Nevertheless, the links between Orbán and Janša run deeper than surface-level similarities. In 2016, Hungarian business people with close ties to Viktor Orbán established Nova24TV, a  channel that functions as Janša’s propaganda machine. Orbán also addressed the crowds at an SDS rally during the 2018 election campaign. In return, Janša opposed the European People’s Party’s decision to suspend Fidesz,  Orbán’s ruling party, due to concerns over democracy.

The fragmented state of the Slovenian political sphere led to nine different parties being elected to parliament in 2018. While the SDS garnered the most support, winning 25 seats out of 90, Janša was unable to form a coalition government. After successfully blocking Janša’s efforts, five centre-left parties established a coalition government with Marjan Šarec as prime minister. However, this government collapsed in January 2020.

After the collapse of the Šarec government, a snap election was anticipated given Janša’s failure to form a coalition in 2018. However, two parties of the centre-left coalition — the Democratic Party of Pensioners (DeSUS) and the Modern Centre Party (SMC) —  ultimately joined the SDS in a coalition government. Though this propelled Janša to the premiership once again, this coalition is not solid enough to transform his rhetoric into actionable policy. Given the diverse ideology of the coalition, a miscalculated move to undermine the pillars of Slovenian democracy could easily cause Janša’s government to collapse.

Currently, Janša’s coalition partners are trying to function as mediators between the opposition and the SDS, and aim to “serve as a liberal corrective to a right-wing government.” Indeed, six out of the nine political parties in parliament adhere to centre-left or left-wing ideology. Because their combined total support amounts to almost 50 per cent of the popular vote, it is impossible for Janša to build a coalition more amicable to his ideas. This power distribution can help reduce the possibility of democratic backsliding in Slovenia. In both recent cases of democratic backsliding in the European Union, the parties in question — Orbán’s Fidesz party in Hungary and Kaczynski’s Law and Justice party in Poland — enjoyed comfortable majorities in parliament, which the SDS evidently lacks.

Furthermore, the SDS’s vote share has oscillated between 21 and 29 per cent since 2004. This electoral performance suggests that Janša enjoys a bedrock of loyal supporters, but also suffers from an inability to attract new supporters. According to recent opinion polls by Politico, there has been no significant change in this trend. While stronger and more persistent popular support could enable Janša to exert pressure on his coalition partners, or alternatively allow him to trigger a snap election and form a government better-suited to his aims, neither scenario seems likely. As it stands, the lack of considerable public support reduces Janša’s political maneuverability and holds him back from implementing legislation that could truly undermine democracy and increase his authority.

Nevertheless, Janša has continued his attacks against members of the press and judiciary while serving as prime minister, employing conspiratorial rhetoric against anyone who disagrees with him. Despite this, state broadcasters still manage to criticize him and his government openly. Janša’s messages against the media and his proposal to defund RTV Slovenija have been met with strenuous objections. The country’s judiciary and anti-corruption agencies also continue to hold the government accountable in case of wrongdoing; in September 2020, prosecutors requested to indict Janša for alleged abuse of power involving a real estate deal. Furthermore, in October 2020, findings by the Commission for the Prevention of Corruption forced Janša’s Agriculture Minister Aleksandra Pivec to resign.

To this day, Slovenia continues to score high both on Freedom House’s Freedom in the World Index and The Economist’s Democracy Index. Even as international watchdogs such as the International Press Institute raise the alarm about Janša’s anti-press rhetoric, Slovenia is ranked above France, the United States, and the United Kingdom on the Press Freedom Index. This indicates that, unlike in Hungary, there has been little tangible damage to freedom of the press and democracy in Slovenia. While Janša is a right-wing populist with inflammatory rhetoric, and a valuable ally for Viktor Orbán, a total triumph of illiberal democracy in Slovenia remains unlikely, at least for the near future.

Ali is a U3 student pursuing a Joint Honours degree in Economics & Finance. He is originally from Turkey, and he is particularly interested in the politics of Southeastern Europe and Canada. He loves digging through electoral data and reading about history & politics in his free time.