“The Right Of Return”—To Where? 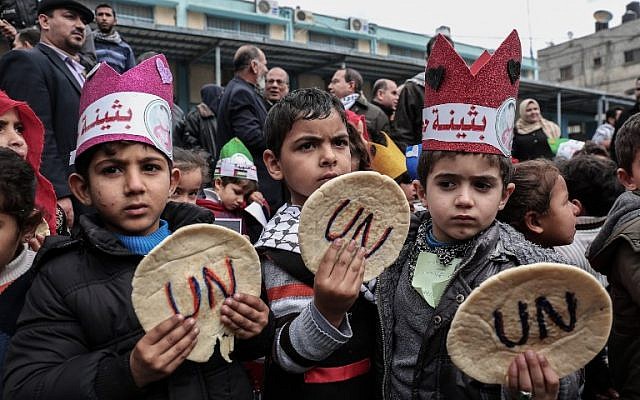 The nearly three months of demonstrations by Palestinians along the Israel-Gaza border under the banner of the “March of Return”, which turned violent and has remained as such as of this writing. This provides another manifestation of how wrong and astray the Palestinians have been led, believing that there is still a prospect for the Palestinian refugees to return to their original homes in today’s Israel. Moreover, even though the Palestinian leadership knows that the right of return can never be materialized, the fact that they encouraged the outpouring of Palestinian youth behind this untenable goal not only raised false expectations but played directly into the hands of Israel’s right-wing parties.

As long as the Palestinians continue to insist on the right of return, they will never earn credibility in the eyes of most Israelis, who argue that the Palestinian demand for a two-state solution is only the first step on their march to wipe Israel off the map. And since they cannot do so by force, they opt for demographic means through the right of return, which also explains the growing traction behind the one-state solution.

The Palestinians’ persistent narrative about their right of return created a mindset among them that made it a foundational pillar without which no Israeli-Palestinian peace can be erected. Addressing, however, the right of return first would allay the emotional and psychological impediments that have prevented the Palestinians from coming to terms with Israel’s unmitigated existence.

Moreover, given the deep discord between the two sides on every other conflicting issue, including Jerusalem, the settlements, and security, it is impossible, as has been demonstrated in past negotiations, to solve these conflicts along with the refugee problem in a single package deal. Thus, it will be necessary to deal with each of the discordant issues separately, which can be achieved only if both sides commit to finding a permanent and comprehensive solution (which is a must), and the Palestinians are assured by the US and its Western allies that a resolution to the Palestinian refugees constitutes only the first step.

Even then, it is illusionary to think that the Palestinian Authority (PA) or Hamas will agree to resolve the right of return first. They fear that by solving this issue first, they would lose their most important trump card which will be to Israel’s advantage, and the peace process will end without realizing an independent Palestinian state.

Whereas such concern is justified because of Israel’s expansionist policy, the prospect of exercising the right of return is non-existent and the longer the Palestinians wait, the worse it becomes. The refugee number is exponentially increasing without any prospect that the Israeli position will ever change.

For the Palestinians, whose expectation of return has been embedded in their psyche, this would be the highest betrayal and potentially lead to unprecedented violence against the Palestinian security forces and Israel, instigated by extremist Palestinians who do not want a solution short of destroying Israel. 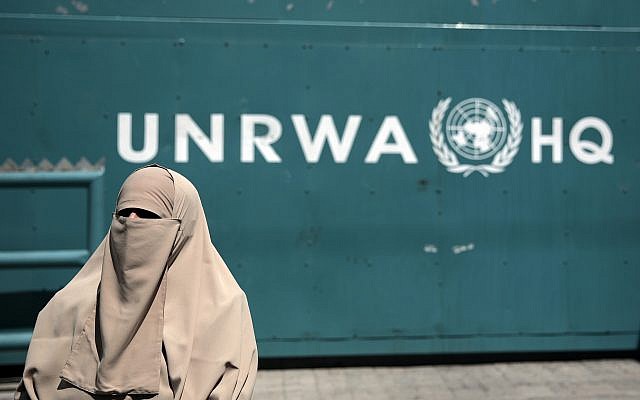 Therefore, the only way to change the dynamic of return is through the countries and institutions – particularly the EU, the US, and the United Nations Relief and Works Agency for Palestine Refugees in the Near East (UNRWA) – that have and continue to support the refugees and inadvertently perpetuated the problem to the detriment of the refugees. These institutions ought to reevaluate the status quo and assume the responsibility to change their approach to the problem by stating publicly that the time has come to end this travesty through compensation and/or resettlement.

The Palestinians can be expected to oppose such a dramatic change and denounce the EU, the US, and the UN for their ‘treasonous’ slant against their cause. But the argument in favor of resettlement and/or compensation has been indirectly considered as the only practical choice. Since the 1967 Six Day War, the UN, the Arab League, and other groups recognized the impossibility of the right of return and suggested a solution based on moral grounds that does justice to the refugees.

The 1967 UNSC Resolution 242 “Affirms further the necessity…For achieving a just settlement of the refugee problem…” The 1993-1994 Oslo Accords stipulated, “It is understood that these negotiations shall cover remaining issues, including: Jerusalem, refugees, settlements, security arrangements, [and] borders…” And the 2002 Arab Peace Initiative mentions “Achievement of a just solution to the Palestinian refugee problem…” [emphasis added]

In every set of Israeli-Palestinian negotiations, the Palestinian leaders agreed that only a small number (25,000-30,000) of refugees will be allowed to return under family reunification over a period of five to seven years. In 2000 at Camp David, Arafat agreed to such a formula but insisted that the wording of the right of return be enshrined in the final document, which Israel vehemently rejected. In all subsequent negotiations under Bush and Obama, the PA conceded that there will be no right of return other than what is stipulated above.

It is also necessary to redefine who is a Palestinian refugee. According to UNRWA, established in 1949, Palestinian refugees are those displaced from Mandatory Palestine (current-day Israel, Gaza, and the West Bank) in 1948 and 1967 and their descendants, which included Jewish refugees as well. However, while Israel absorbed those Jews, the Arab refugees were never officially resettled, whether within the Arab states or in the West Bank and Gaza.

As such, going forward UNRWA must differentiate between a Palestinian refugee who by definition lives outside his place of birth (today’s Palestine), versus an internally displaced person who has left or been evicted from his/her original home in today’s Israel but is now living in his own country—the West Bank and Gaza. 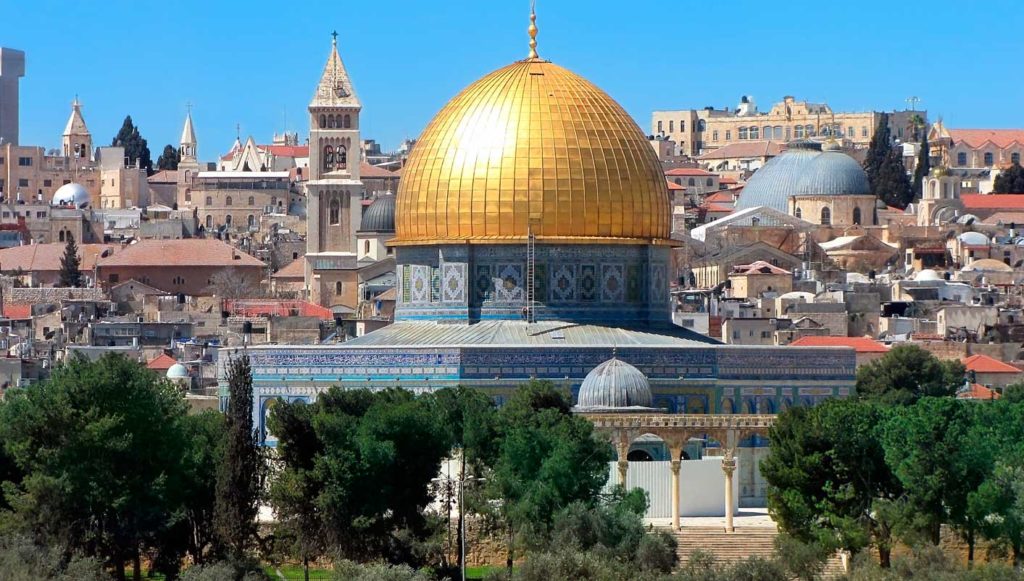 Making this distinction is necessary because otherwise the roster of “refugees” will continue to grow exponentially by those who were born in their homeland in the West Bank and Gaza but are ironically counted as refugees by the self-perpetuating UNRWA.

In Jordan, out of more than 3 million Palestinians, almost 2.2 million are registered as refugees, albeit the vast majority have full Jordanian citizenship. In Lebanon, nearly all Palestinians (approximately 500,000) are considered refugees and denied citizenship, and the same is true in Syria with almost 530,000 registered as refugees. In all three, the vast majority of Palestinian refugees were in fact born in those countries.

It is time for those who have been supporting the refugees to take the initiative and end the humanitarian crisis, the misery, and the humiliation of the refugees by taking the following steps:

First, since the Palestinians will not change their narrative about the right of return, supporters of the refugee programs, including the EU, US, and the Arab states, must change the public discourse and talk openly about resettlement, compensation, and rehabilitation. Changing the public narrative will resonate over time and provide political cover for the Palestinian leadership to gradually engage in the same discourse about the need to end the refugees’ tragedy on that basis.

Second, the change in public discourse must be accompanied by initially raising $10 billion to be appropriated for the refugees over a period of 5 to 7 years. Funds should be raised by the EU, US, and oil-rich Arab states. Raising the money will demonstrate the seriousness of the new initiative and will have a huge psychological and practical impact on most refugees, who have been victimized and used as pawns by their leaders and are eager to end their plight.

Third, France and Britain should introduce a resolution at the UNSC to end the mandate of UNRWA after its latest extension to 2020, and instead establish a new UN commission that would oversee the process of resettlement and report regularly to the UNSC. The Commission should establish a deadline beyond which no Palestinian will be added to the roster. This will freeze the current number who would receive benefits, which would require states currently hosting Palestinian refugees to either grant them citizenship or facilitate their resettlement in either the West Bank and Gaza or a third country.

Fourth, even though Israel does not assume any responsibility for the refugees, in a demonstration of goodwill the Israeli government should provide technical help in areas of prefabricated housing and infrastructure. It is in Israel’s best interest to facilitate a solution to the refugee problem, which has been haunting the Israelis as well for seventy years.

A resolution to the refugee problem along these lines will also contribute greatly to resolving the conflict with Hamas, as the continuing humanitarian crisis has been fueling the fire of desperation, which is the source of the unending violence.

I do not assume for a moment that the Palestinians will embrace this initiative with open arms, but the search for a solution must begin in some place. Those who prolonged the refugee problem must now assume the moral responsibility and leadership role to advance a solution to end it.

Dr. Alon Ben–Meir is a professor of international relations at the Center for
Global Affairs at NYU. He teaches courses on international negotiation and
Middle Eastern studies.
alon@alonben-meir.com