The Right Perspective: How Republican Youth May Be the Key to Enacting Climate Action in the US 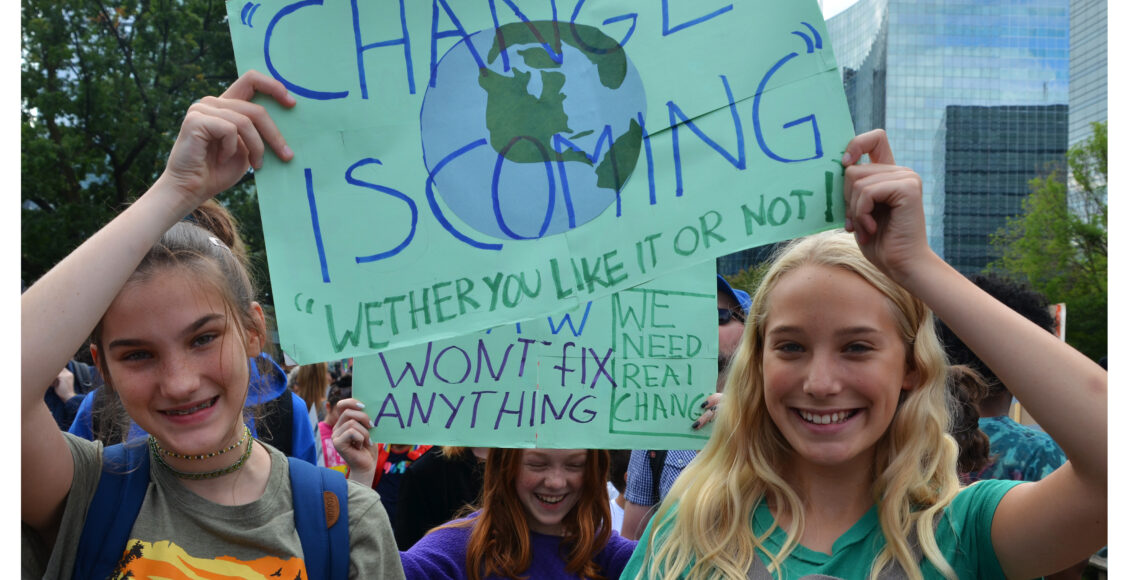 It is not surprising to learn that most climate change deniers in the United States identify as Republican, or have a right-wing political ideology. But why is that? Though it is easy to categorize Republicans as merely science-elusive, the politics of climate change play into the Republican identity more than is evident on the surface level.

While climate change is significant in the political sphere, the current partisan ideological clash lends to an awkward stalemate wherein existing climate policies are too progressive for the Right and not progressive enough for the left. With climate change and environmental protection coming under fire, the solution may come from an unexpected group: young Republican voters. These younger Republicans walk a middle ground between left-wing and right-wing values, which may be the key to establishing achievable legislation.

The left and right: a political divide

Climate change is a critical debate revealing this ideological divide between Republicans and Democrats. Data from the Pew Research Center shows that, although many Americans believe the government is not doing enough to prioritize climate change mitigation, most climate concerned individuals are Democrats or Democrat leaning. In one study, Republican respondents agreed with statements containing non-scientific language like “protecting the environment” at a higher rate than statements with terms such as “climate change” or “global warming.” However, several sources show that the partisan split regarding climate change is a recent phenomenon. In the 1990s, Republicans and Democrats were in ideologically similar positions, with 48 per cent of Republicans and 52 per cent of Democrats saying that the effects of global warming had already begun.

These partisan perspectives reflect identity and ideology. Naomi Klein, a prominent climate change writer, describes the anti-climate change view as “intimately tied to triumphant capitalism,” belonging to those with “politically conservative or ‘hierarchical’ views.” [1] Accordingly, many left leaning activists frame climate action as a necessary and patriotic way to protect the “American way of life” to attract more Republican support. [2]

The politicization of climate change: the EPA under Trump

The left and right divide is not the only indicator of climate change becoming a partisan, rather than collective, issue — by examining the shifting nature of the Environmental Protection Agency (EPA), one can come to the same conclusion. Under the Trump administration,  which consistently denies climate change, it is not  surprising that “scientific censorship” occurs in independent regulatory agencies. Changes to the EPA’s website exemplify the encroachment of partisan agendas on climate research, with anthropogenic climate change, international climate agreements, greenhouse gases, and global warming being replaced by  other non-specific, non-scientific euphemisms. The Environmental Data and Governance Initiative cites countless cases of tampering by the government, including the discontinuation of updates, restricted access to certain pages, and the removal of plans and treaties on governmental environment webpages. The removal of the term “science” from the EPA’s website illustrates the declining credibility of environmental protection circles under the current Republican government. This begs the question of how climate action can move forward in the future. In other words, what can be done, and who can do it?

There is currently a great deal of speculation as to how climate action can best be advanced. Some suggest a centralized action plan; others believe that absorptive, remedial measures are sufficient to mitigate the effects of climate change. Still, others argue that the answer lies in populist movements. Klein suggests that the majority of populist movements have a common thread: by “draw[ing] from the left and the right,” we can strengthen communitarian values. [3]

Despite having failed numerous times over the decades, this marriage of ideas might be achievable thanks to a group of unlikely heroes: young Republicans. Young people have been a leading voice in climate action, with Millennials and Generation Zers reporting greater concern about climate change than any other age group. Intergenerational divides between Millennials and Boomers have become increasingly apparent with regard to topics like the environment. On the left, prominent youth led organizations like the Sunrise Movement — a progressive climate action organization supported by various Democratic politicians — have earned young progressives the title of the “third party.” However, young Republicans are becoming increasingly central to achieving a political middle ground between left-wing and right-wing Americans. They may even prove to be game changers in pushing for a new brand of achievable climate action.

Younger Republicans present a different kind of climate action: a “slower, gentler” approach. In response to the left’s proposed Green New Deal, the American Conservation Coalition, an organization of conservative youth concerned with climate change, unveiled the American Climate Contract as an alternative to the climate proposals made by House Republicans in January. The American Climate Contract presents a different brand of Republican climate action that embraces the inclusion of scientific data and contains strict suggestions for emissions reduction. Data also shows that young Republicans are more “confident they can influence decision-makers” and are more willing to make a political statement by joining a climate action campaign. But, the question becomes: will their gentler approach be enough to alter the course of climate change?

New this week for the 50th anniversary of Earth Day: How Americans see climate change and the environment in 7 charts https://t.co/xwIM2Hr6VN pic.twitter.com/3NqcQ2hjdB

How Americans see climate change and the environment. Via Twitter.

Climate change is a polarizing topic in the United States, and recent events like the COVID-19 outbreak have exacerbated these existing ideological fault lines. But as economic losses, political extremism, and public health concerns rage on, the need for a middle ground on climate change is more important than ever — especially if Republicans plan to take back the House anytime soon. Because of their more moderate or liberal attitudes toward accepting scientific data, young Republicans could be the key to achieving legislative action on climate change. Granted, the “slower, gentler” approach espoused by many young Republicans may prove inefficient or too weak to properly address the ongoing climate crisis. Nonetheless, their efforts point to the growing wave of youth led, science oriented climate action strategies that have the potential to change the world.

Featured Image: “Change is Coming,” by Mary Crandall is licensed under CC-BY-NC-ND 2.0. No changes made.

Joy is a third year student pursuing Political Science and International Development with a minor in Hispanic Studies. Her interests lie in climate policies, immigration and IR. When she's not writing for the MIR, you'll probably find her watching spy movies or taking pictures of her dog in clothes.