The Rise of Japarov: Chaos in Kyrgyzstan 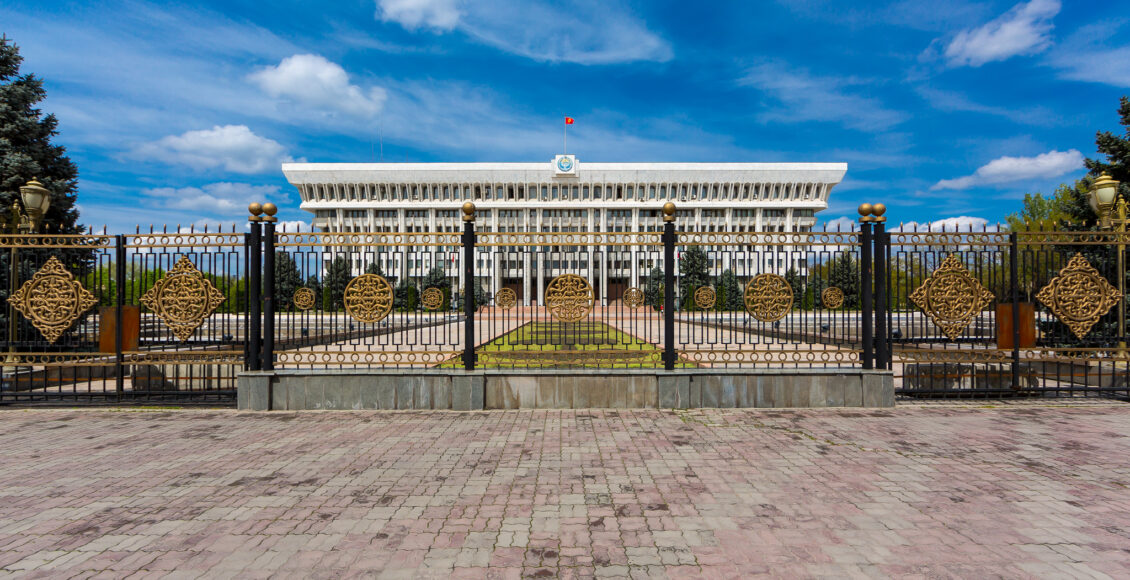 For most politically-inclined people around the world, October and November 2020 have been almost completely occupied with nervous anticipation of and subsequent reactions to the US presidential election. Now that the votes have been tallied — pending likely insignificant recounts and lawsuits — and Joe Biden has been named president-elect, it is worth finally taking a step back from American politics. There is, of course, still interesting political activity taking place in the US: important Senate runoff elections are approaching in Georgia, and President Trump remains steadfast in his refusal to concede the election. Although they have received very little coverage from Western mainstream media, chaotic elections have also taken place elsewhere; in Kyrgyzstan, where the current state of democracy appears worrisome. In a globalized world that is so deeply interconnected, this situation may impact the daily lives of those across the globe in surprising ways.

Kyrgyzstan occupies an interesting space in the post-Soviet sphere of Russian influence while being an important source of certain highly-valuable raw materials. The central Asian state has been undergoing a tumultuous period of political unrest that makes the widely-derided American election look quaint. On October 4, the country held parliamentary elections, after which the party of incumbent Prime Minister Sooronbai Jeenbekov declared victory. This claim was disputed by opposition politicians and supporters, and eventually annulled by the state electoral commission for apparent vote-buying and voter intimidation. Violent demonstrations against Jeenbekov subsequently erupted across the capital city of Bishkek, and by October 15, he resigned.

Then, the real political chaos began. In the place of Jeenbekov, a new figure declared himself leader of Kyrgyzstan: Sadyr Japarov, a controversial politician who had been serving an 11-year jail sentence for hostage-taking but was freed by his supporters during the post-election protests, which ended after Japarov ascended to power. Japarov holds significant popular backing despite his criminal past, with many fervent supporters arguing that he was unjustly jailed as punishment for a disagreement with the prior regime. While imprisoned, he maintained a hugely popular social media presence, through which his supporters organized his release. Since coming into power, Japarov has publicly sought to eliminate the corruption which pervades daily life in Kyrgyzstan. In the early days of Japarov’s incumbency, a number of notoriously corrupt former officials were arrested by the Kyrgyz National Security Committee, actions in line with Japarov’s rhetoric. However, the punishments imposed on these criminals have been underwhelming; one former official was made to pay back just three per cent of what he allegedly siphoned out of Kyrgyzstan over a number of years, and was granted house arrest, rather than prison time. There are allegations that some of the arrested officials were instrumental in Japarov’s rise to power, and the weak judicial action taken by the Japarov regime does little to quell these rumours.

Kyrgyzstan has not always struggled to maintain democratic processes within its borders. For the first decade after the fall of the USSR and Kyrgyzstan’s subsequent independence, Bishkek was seen as an “island of democracy in Central Asia.” Its leaders enacted economic reforms, opposition parties were active, and both individual and press freedoms were highly valued. However, the Kyrgyz leaders of the 21st century have converted Kyrgyzstan into what Freedom House deems a “consolidated authoritarian regime,” with low levels of press, political, and individual freedoms and high turbulence. Indeed, Jeenbekov was the third Kyrgyz President to be unseated by unrest during his incumbency since independence.

Japarov has begun his incumbency in this undemocratic mold. He has denounced and attacked local media outlets who dare criticize him, and is unafraid of baiting his followers into doing the same. Japarov has rapidly moved to amend the Kyrgyz constitution, using loopholes to consolidate his power come January. Currently, Japarov is the interim president of Kyrgyzstan, and constitutional law dictates that interim presidents may not run in an election for the same post which they occupy. However, Japarov’s manipulations of the constitution will allow him to run for the role of full-time president starting January 10. Technically, Japarov will step down from his role as interim president, allowing him to run in the January election as an “ordinary citizen.” This brazenly cynical move laughs in the face of modern liberal democracy, subverting norms and the original constitution in the interest of maintaining power.

While the political drama taking place in Kyrgyzstan, unlike that which is occurring in the United States, may not feel so close to home, the situation has far-reaching implications because of the interconnected nature of global politics and trade. As a part of the Soviet Union, Kyrgyzstan was a site of manufacturing, agriculture, and natural resource extraction which bolstered the Soviet economy. It hosted a torpedo factory and mines which produced valuable minerals such as gold, antimony, mercury, lead, and zinc. In modern times, Kyrgyzstan’s main exports continue to be these raw minerals, commodities which will continue to be valuable as long as manufacturing is taking place in places like Russia, the United Kingdom, and China — all major trading partners of Kyrgyzstan. Antimony and gold, in particular, are both held in sizeable reserves in Kyrgyzstan and are crucial in the production of main electronic goods and batteries — large industries which will only grow as automation and technology become bigger parts of our daily lives. Evidently, Kyrgyzstan has an underrated role in global supply chains, making its political instability worrisome. Turbulence in Kyrgyz politics may threaten the production and distribution of the state’s valuable natural resources, which may negatively impact global supply chains, culminating in unstable prices for everyday electronic goods across the globe. In this way, the nature of economic globalization has created a world in which the political events in Kyrgyzstan can affect the daily lives of individuals more than 10,000 kilometres away, in North America.

Over the last few months, the US has increasingly been in the international spotlight. As global citizens, though, it is important to look beyond the events occurring within hegemonic powers in order to paint a full picture of the dynamics shaping our evermore interconnected world. Events in seemingly remote areas can affect our lives in surprising ways thanks to economic, political, and cultural globalization. Sadyr Japarov’s seizure of power in Kyrgyzstan is one such situation: a sequence of events which would make headlines around the world if it was taking place in a more globally prominent location.

Featured image: The Kyrgyz presidential palace in Bishkek. Photo by Mijaeus is licensed under CC BY-NC-SA 2.0.