The Rise of the U.S. Moderate 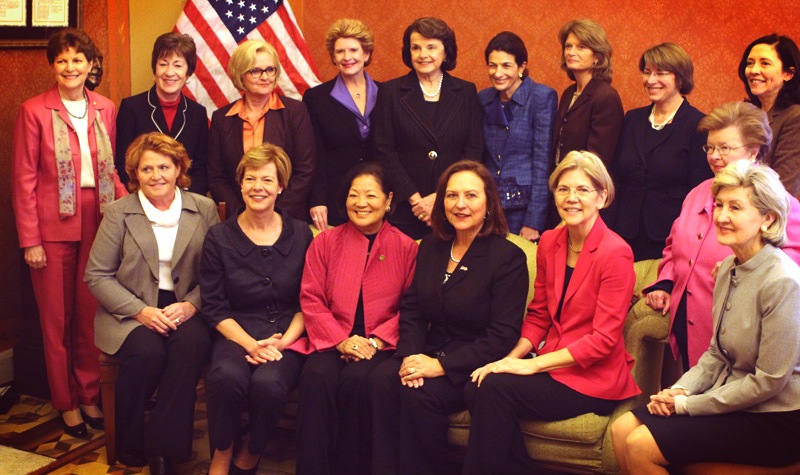 When U.S. Supreme Court Justice Anthony Kennedy abruptly announced his retirement on June 27th, all of Washington seemed to leap into action. Moments after receiving the news, President Trump announced that the process to fill the vacancy would “begin immediately.” Activists and protesters staged a rally on the Supreme Court steps just the next day, without knowing who the nominee would even be. A mere week and a half later, Trump revealed his new nominee to be Judge Brett Kavanaugh of the D.C. Court of Appeals.

One of the less obvious – but just as interesting – calls to action saw Washington journalists swarm the office of Senator Susan Collins immediately after the news broke that day. “I assume you’re all here to talk about my new bill to lower prescription drug prices,” Collins joked. Of course, the conversation quickly turned to the Supreme Court instead. Along with Senator Collins, several other senators were also fielding concentrated media attention: namely, Republican Lisa Murkowski, and Democrats Joe Manchin, Heidi Heitkamp, and Joe Donnelly. The following night, several of these senators were even invited to a small private meeting with the President to discuss the matter. While judicial confirmation is a power bestowed on the entire Senate, it seems that the political attention seems to be concentrated on the few.

The Power in Moderation

It is of no news to anyone that the recent politics of the United States has been saturated with partisanship and polarization. Ideologically, the two parties are further apart than ever, compromising on less and disliking the other more. Ideological uniformity – a key indicator of political polarization – is notably on the rise. The loudest voices seem to be the most politically extreme, with those in the center more often remaining quietly on the sidelines.

Through all of this, it is easy to assume that the loudest voices are also the most powerful. However, it is becoming more and more evident that the greatest political influence seems to lie with the U.S. moderates. While they might not be the loudest voices, the weight assigned to both the moderate Justice Kennedy and the moderate senators by both the media and their colleagues through this replacement process cannot be ignored. This case clearly indicates an interesting trend in recent U.S. politics: the new power of the moderate.

Let us begin with Justice Kennedy, whose decades of work on the Supreme Court are enough to indicate this trend alone. Considering himself to be a “true moderate,” Kennedy went beyond simply occupying the median seat on the bench ideologically. Whether switching from conservative to liberal, or vice versa, Justice Kennedy was known to shift from one ideological bloc to the other. Deciding according to the specific case rather than his past decisions, this garnered him a reputation as the “swing vote.”

While this fact alone is of little consequence – there have been other “swing” justices prior to Kennedy – his position was particularly unique. Kennedy’s influence as the swing justice was significantly amplified by the polarization of the Supreme Court during his tenure. As more moderate justices were replaced by the more extreme (the more moderate Marshall by the originalist Thomas, and centrist O’Connor by the conservative Alito), the two ideological blocs of the Court began to shift away from the center in the 1990s. Leaving Kennedy alone in the ideological middle of two, equally-sized blocs that saw fewer and fewer crossover votes unwittingly gave him more influence than just an ordinary median justice. With the ability to single-handedly form the majority on the bench, Kennedy’s vote became the vote to win. In the 2006 term alone, Kennedy helped form a majority in all but two cases. In analyzing Kennedy’s heightened influence over cases in comparison to the regular members of each bloc, the power of ideological non-conformity becomes evident.

Tasked with the role of filling such an influential seat in the highest Court in the land, the Senate is evidently under a lot of pressure. However, the pressure campaigns – whether from protesters, the media, or the President of the United States – seem to be highly targeted to just a few of those senators. Whether on the Court bench or in the Senate Chamber, there appears to be a first among those “equals.”

Similar to the dynamic in the Supreme Court, polarization is to blame. With Senator McCain undergoing cancer treatment, the Senate Republicans hold the narrowest majority possible: 50-49. Heightened ideological uniformity, as mentioned earlier, results in little vote-crossover and very strict party lines. With the two parties – almost equal in numbers – drifting away from the ideological center and very few senators willing to cross the aisle, the votes that count are the few votes that might swing. And as the reporters and the politicians see it, those votes belong to the two moderate, pro-choice Republicans and three of the red-state Democrats.

The increased influence apportioned to these Senators comes as a result of their past willingness to stray from voting with their party bloc. Their votes cannot be counted on to support something sponsored by their respective parties, so each vote must involve a campaign to “win them over,” much like in Kennedy’s case in the Court. This process innately gives these senators more influence than most of their colleagues, when important votes or bills are catered to their individual approval.

Implications for the Confirmation

Through the lens of Brett Kavanaugh’s confirmation, these senators will make all the difference.

With Chuck Schumer pushing for all Democrats to block the nominee, Manchin, Heitkamp, and Donnelly are seemingly at an impasse. Having voted with the Republicans to confirm Gorsuch in 2017 when the stakes were a little lower, all eyes are on their current decision regarding Kennedy’s highly consequential replacement. Their party policy is clearly to vote down any conservative justice put forth by the Republican executive, for fear of swaying the Court balance conservatively. However, all three are also up for re-election in mere months, in states that voted for Trump in 2016. Manchin is even considered to be the President’s closest ally across the aisle. Finding the balance between an electorate that voted for a Republican president but a moderate Democratic senator will be no easy task.

Among Republicans, Collins and Murkowski are in the hot seat. Having been the votes to derail the plan to replace Obamacare, they are both pro-choice women known for voting their own way. In particular, the focus of this vote seems to be on the possibility of overturning abortion rights established in Roe v. Wade, and Susan Collins has since made it abundantly clear that she believes Roe to be “settled law.” While Murkowski has been less outspoken about this issue, she credits her historic write-in election victory in 2010 in large part to Alaskan women and is proud of her reputation as the most independent Republican in the Senate. Neither of these votes can be counted on to confirm a pro-life conservative, and it only takes one vote to sway the tide.

Ironically, the swing Justice spot is in the hands of the swing Senators. In such a highly polarized political system, the few voices left in the middle really matter. And in a vote as gravely important and long-lasting as the confirmation of a new Supreme Court justice, the extensive power of the U.S. moderate will be an unequivocal force.