The Role of Jihad in the Rohingya Crisis 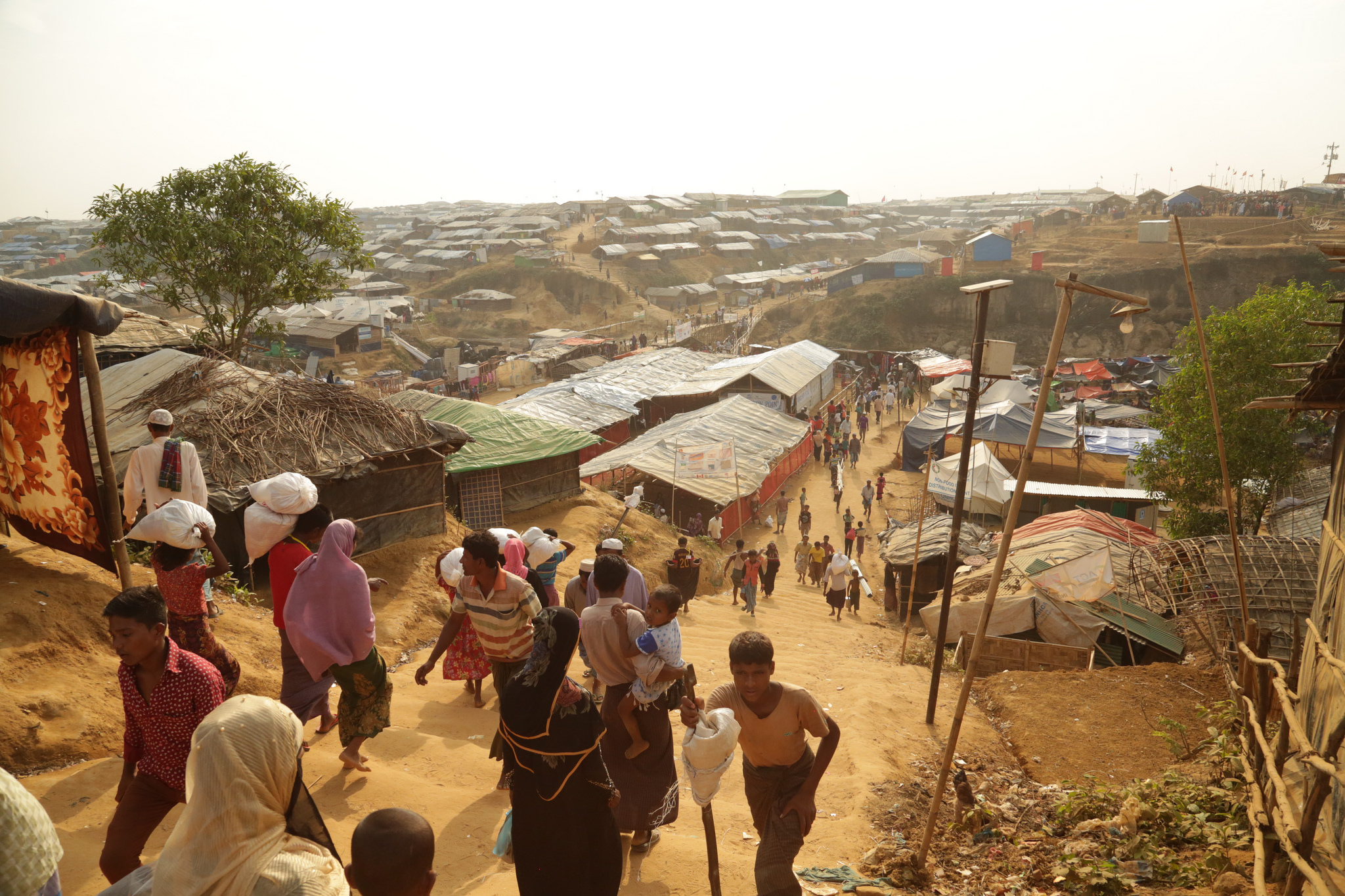 On November 23rd 2017, Bangladesh and Myanmar announced a tentative deal to repatriate Rohingya refugees to the Rakhine state.  Hundreds of thousands of Rohingya fled Myanmar starting in October 2016 in order to escape both religious persecution by the state and destructive fighting between government troops and Arakan Rohingya Salvation Army (ARSA). As it is unlikely many will want to return to these conditions, this announcement only prolongs the grave security threat that endangers the nation.

Because of the tensions between Rohingya Muslims and Buddhists in Rakhine, and the systematic abuse of Muslim Rohingya, anti-Buddhist sentiments have spread across South-East Asia at an alarming rate. Videos shared on social media showing the atrocities committed against Rohingya Muslims are promulgating animosity among radical Islamist groups, and funds are being gathered through online jihadi propaganda feeds. Malaysia has criticised the Burmese government for its response to the violence, and warned that terrorists with links to the Islamic State of Iraq and the Levant (ISIS) are planning on using the crisis to wage jihad against the government. In this sense, the jihad that extremist militants are referring to is the “holy war” against “enemies of Islam” that they have interpreted is an “obligation of Islam.”

Why may Jihad ensue in Myanmar?

“The Rohingya have become cause célèbre for a generation of Muslims globally”, Richard Horsey, a consultant for the International Crisis Group, stated. With news about the repression faced by Rohingya Muslims accessible across the globe, Horsey’s biggest concern is that Myanmar is now “squarely on the map in the Muslim world as the pre-eminent current case of abuse of a Muslim minority.” A small minority segment of Muslims think that an armed jihad is the only solution left to end the plight of the Rohingya.

Al Qaeda leader Ayman al-Zawahiri made a call for armed jihad in Myanmar in early September: “We call upon all mujahidin brothers in Bangladesh, India, Pakistan and the Philippines to set out for Burma to help their Muslim brothers.” Al Qaeda has an affiliate group known as Al Qaeda in the Indian Subcontinent (AQIS), and while it has been years since they carried out attacks in Bangladesh, they have made it known that the Myanmar military is a key target. Experts working in counter-terrorism have stated that a number of Al Qaeda branches have initiated jihad training for Rohingya.

While ISIS has not made an explicit call for jihad, many consider Myanmar’s current sociopolitical issues as a fertile ground for ISIS’s intervention. The crisis is progressing at a time when ISIS is losing a significant amount of ground control in the Middle East, and seeking to gain more ground in South Asia and South East Asia. The recent operations in Marawi between Philippine government security forces and militants connected with ISIS also show that ISIS intervention in the Rakhine state conflict cannot be dismissed. Potentially, ISIS could use the Rakhine crisis to reinvigorate their followers and militia as the Marawi crisis comes to an end.

There is another segment of Islamist groups, on the other hand, that are seeking to provide humanitarian assistance, or “humanitarian jihad” to the expelled Rohingya. This interpretation of jihad reflects the intent of defending Islam through non-violent actions, generally humanitarian aid-focused and non-military in nature. Front Pembela Islam (FPI), an Indonesian right-wing Islamist organisation, published a video expressing an interest in involving itself in the Rohingya crisis. They called for 1,200 mujahidin volunteers to join in humanitarian jihad in Myanmar. Yet, the spokesperson for FPI’s movement, Ustadz Aka, also asserted that volunteers must be committed to the cause and have permission from parents, some “martial ability”, and the will to die for the Rakhine state, implying that the nature of the intervention may well be militaristic and violent in nature. Plus, with humanitarian aid still blocked by the Burmese government, more humanitarian efforts will almost surely be met with opposition.

The Burmese government claims their main opposition ARSA has connections to other extremist groups, but ARSA has dismissed this allegation, declaring that they have no links with any transnational terrorist groups that have proclaimed their support for the Rohingya. Such distancing comes from the understanding that any infiltration of Myanmar by these transnational terrorist groups would only add fuel to fire, and contribute to further problems. In fact, ARSA later called on the international community to actively work on preventing terrorists from entering Rakine, and urged aid groups and NGOs not affiliated with these groups to provide assistance to the victims of violence.

Determined militants have made individual efforts to fight on behalf of the Rohingya. For instance, an Indonesian man was arrested in 2016 for coming to Myanmar after communication with Malaysian ISIS militants with the intention of waging armed jihad against the Burmese government. However, there are significant costs associated with foreign Islamic intervention. Despite the declared interest in making the trip to Myanmar, there are many factors preventing jihad from taking place. Jakarta-based Institute of Policy Analysis for Conflict Director Sidney Jones reported that thousands of Indonesians and Malaysians have expressed interest in waging jihad in Myanmar for the Rohingya, but components such as insufficient training, and lack of resources to travel tend to obstruct their plans.

US Deputy Assistant Secretary for Southeast Asia Patrick Murphy made a point about the existence or non-existence of ARSA’s extremist links: it is not relevant whether or not ARSA has connections to these extremist groups, but rather, that they could already be generating “an incentive” for terror actors looking for a new opportunity. ARSA’s own actions, namely murdering suspected informers, forced conscription, and killing members of other ethnic groups, have prompted concerns that this in itself would draw foreign jihadist action.

But jihad is not new to Myanmar’s political stage. Rohingya Islamist violence has been prevalent since before the state’s independence in 1948. Rohingya militancy has not stemmed solely from military repression by the Myanmar government, but also from communal tensions in conflicts in the ’40s and ’50s. However, with the dangerous mix of Al Qaeda and potential ISIS interest in the region added to political unrest and extremist radical ideology, extremist jihad in Myanmar is very much within the realms of possibility.

This crisis targets both religious and human rights-based sympathies around the world.  It has been a catalyst for several large-scale protests in Muslim-majority nations surrounding Myanmar, namely Indonesia, Malaysia and Bangladesh, and has ignited several international governments to withdraw support for the Burmese government and look into solutions for Rohingya. However, this international pressure has not brought meaningful change. UN humanitarian access is still blocked and the Burmese government has not expressed any desire to accept international assistance. The lack of noticeable international engagement will only strengthen radical jihadi worldviews and actions, proving their point that Rohingya need to be protected and defended. Any attack by foreign jihadi intervention would prompt further widespread communal violence between Muslims and Buddhists, worsening the crisis by tenfold and ultimately providing conditions for terror groups to gain hold.