The SDGs Offer More Than Just a Great Personality 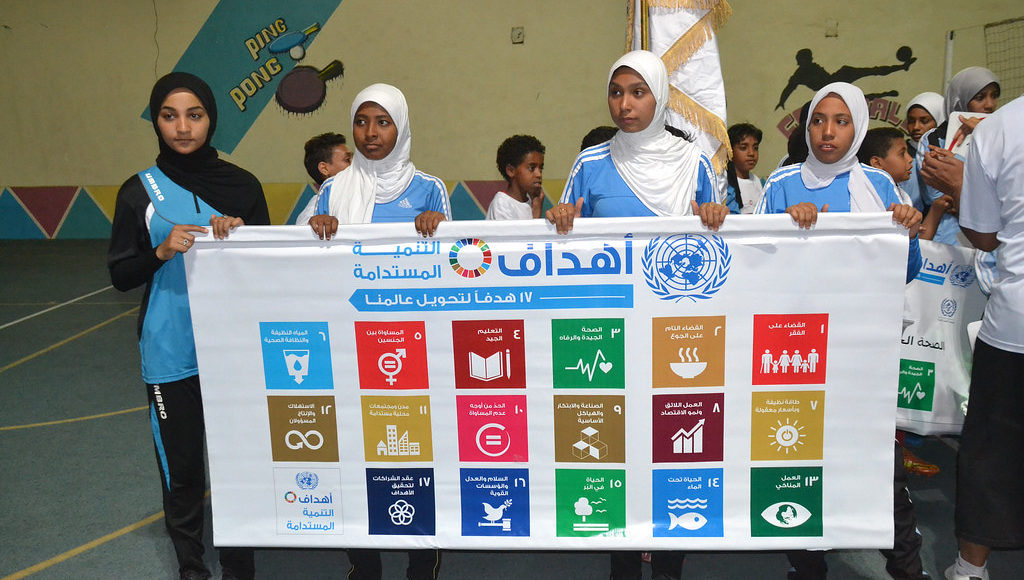 September 25, 2015 marked the launch of the seventeen internationally adopted UN Sustainable Development Goals. Replacing the eight recently expired Millennium Development Goals, the SDGs seek to continue and enhance initiatives towards global development. The question arises, however, what did the MDGs accomplish and what more can be done?

In the fifteen years from 2000-2015, the Millennium development goals fell short on several targets, while successfully obtaining others. For example, the goal to halve the number of people in extreme poverty (based on data from 1990-2010), or those living on under US$1.25 a day was reached, decreasing from 46.7% of the population to 22%. On the other hand, reducing maternal mortality, death due to complications during pregnancy and birth, by 2/3 was not met, reducing it by slightly below 50% overall (The Guardian). The MDGs are greatly criticized not only due to the fact that they were not met, but also the lack of additional, yet necessary, issues that were not discussed.

Extreme poverty is an unfortunately pervasive global issue. Questions arise within the international community, however, when it comes to measurement of “truly extreme” poverty. In the Least Developed Countries (LDCs), for example, Liberia, Ethiopia, and Benin, there is little, reliable data available concerning undocumented persons (The UN General Assembly). Those who live in rural areas or tribal villages have different standards of living compared to those in urban areas. That is not to say they need or deserve less amenities, such as clean water, sanitary waste areas, access to health care, shelter, and nourishment, none of which are included in measurements of extreme poverty. It does reveal that the MDGs fell short in terms of not only data collection, but the content of analyses. The United Nations Development Programme revolutionized measurements of poverty, coining the term “multi-dimensional poverty” (The 2015 Human Development Report, 61) . Ten indicators were determined distinguishing non-economic aspects of poverty, including deprivations of education, health care, and living standards.

The Millennium Development Goals also rated their success based on an overall average of all countries included. China’s development skyrocketed in the twenty year period between 1990 and 2010, but other countries failed to keep up, which disproportionately altered international averages. Disaggregated data is required to truly measure a country’s overall development according to the UNDP’s Human Development Index (The 2015 Human Development Report). For example, Ethiopia’s capital, Addis Ababa, rates nearly 0.6/1.0 on the HDI development scale, which combines factors such as a long and healthy life, access to knowledge, a decent standard of life, political participation, environmental sustainability, human security and rights, and the promotion of equality and social justice (The 2015 Human Development Report, 14). The north Eastern region, Afar, has not fared so well, failing to reach 0.4/1.0 on the HDI scale (Ethiopia is also number sixteen on the least developed countries list) (The UN General Assembly).

Changing the world for the better is no meager task, but the MDGs sought to do just that. Although all the goals were not met, progress did occur and the goals became a spring board for the new Sustainable Development Goals. The extensive document includes over double the number of goals and five times the number of target commitments. Some of the 17 goals are a continuation of the MDGs, such as the “complete eradication of poverty in all forms everywhere” (SDG, 1), “Ensure healthy lives and well being for all at all ages” (SDG,3), and “achieve gender equality and empower all women and girls” (SDG, 5). While others aim to combat different, pressing issues of this generation like: “make cities and human settlements inclusive, safe, resilient and sustainable” (SDG, 11) and “Strengthen the means of implementation and revitalize the global partnership for sustainable development” (SDG, 17). Great portions of the goals relate not only to sustainable consumption and production of energy, but environmental restoration and on building more energy independent and efficient cities. Another important facet of the SDGs is their gender-inclusivity in every single goal and target, as well as the inclusion of developed countries, which had previously been void of any responsibility under the MDGs.

The Millennium Development Goals’ Achille’s heal was an utter lack of reliable information. Scores of the population were missed when implementing the goals and there was little accountability among countries. The UN’s secretary general Ban-Ki Moon called for a “Data Revolution” in 2012 with the creation of the UN’s High Level Political Forum, the “United Nations platform for follow-up and review of the 2030 Agenda” (ECOSOC). The SDGs strive to achieve more accurate data collection and accountability by acquiring information at a local level, which will then be transmitted to national governments and the HLPF platform. Statistics and data are primary sources of information for governments, UN agencies, and NGOs. They not only reveal how the country is faring currently, but allow decision-making bodies to alter their practices (such as social welfare programs and taxation) and increase/ re-appropriate funding for infrastructure, facilities, skilled labor, and other necessities for development.

February 3rd through 12th mark the 54th annual Commission on Social Development in New York City with the subject: “Rethinking and Strengthening Social Development in the Contemporary World”. Ambassadors from around the world will convene to discuss the SDGs, ideas for their implementation, and share innovative ideas to turn commitments into action. With fifteen years of international development under our belts, will these next fifteen years result in success? Is it possible to envision a world void of poverty and discrimination that engages in environmentally sustainable activities? The only way to know is to keep up with UN updates and to get involved.

For more information about the SDGs and to get involved visit: the United Nations Economic and Social Council website: https://sustainabledevelopment.un.org/majorgroups/about or achieve sustainable development in your own community by consulting with local organizations.