The SFFA’s Selective Outrage in its Crusade Against Affirmative Action 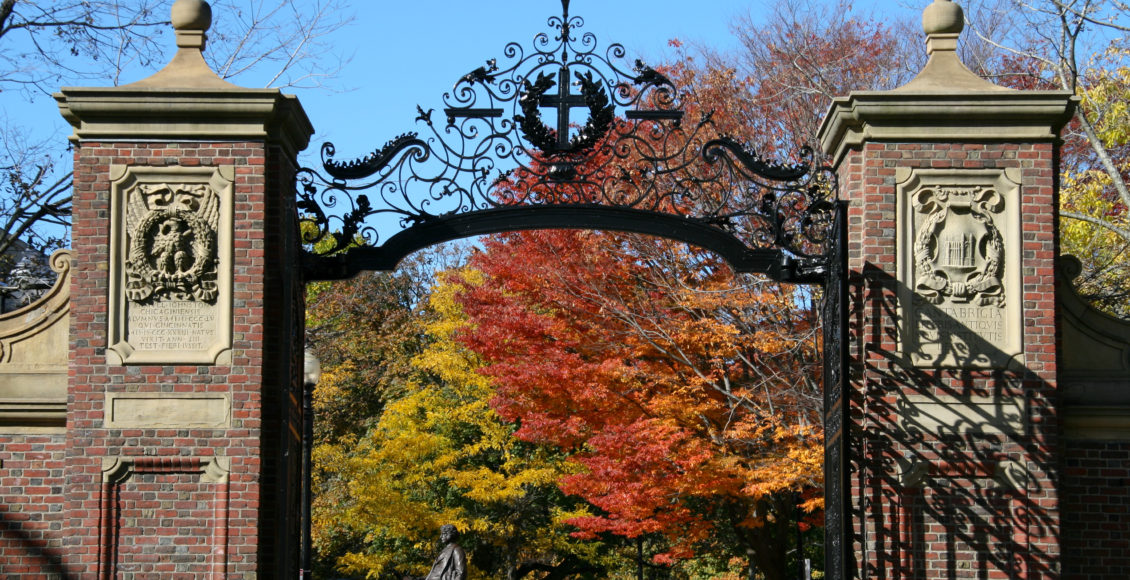 The gates to Harvard with fall foliage behind them.
Share

While the Lori Loughlin and Felicity Huffman admission scandals are shaking many American colleges to their core and taking centre stage in the media sphere, another admission scandal—which could dramatically change the diversity of college campuses for years to come—is quietly making its way up the judicial ladder to the Supreme Court. Last October, Harvard’s admission policies were scrutinized in a trial that saw the university being sued by the Students for Fair Admissions (SFFA), who argued that Harvard was negatively discriminating against Asian students during its admission process. While the motivation behind this lawsuit seems benevolent, the reality of the situation is a little more complex. The SFFA is led by Edward Blum, a politically conservative legal strategist who has made it his life’s work to end all forms of racial consideration in the American legal framework. In the case of universities, his quest to end all forms of racial consideration in college admissions threatens the very existence of affirmative action. While Blum and the SFFA lost their most recent Supreme Court case against race-conscious college admissions with 2015’s Fisher v. University of Texas, the new political leanings of the Supreme Court may cause its judgment to tilt the other way when the Harvard case reaches its docket.

The central argument of the SFFA is that Asian-American applicants are unfairly stereotyped when it comes to their “personal score“, one of Harvard’s qualitative admission metrics. It argues that the university’s admission officers consistently judge the applicants on the basis of racial stereotypes, labelling Asian-American applicants as  “book-smart,” “one-dimensional,” or “not personable”. In the more than 2000 pages of admission office notes that were released as part of the investigation, the plaintiffs could not identify any instances where Asian-American applicants were labelled as “quiet” or any other potentially racist stereotypes. While the SFFA failed to substantiate their argumentation with the admission-officer notes that were used to assign personal scores, they presented an interesting statistical analysis that seems to point to the fact that Asian-American students consistently score lower than other racial groups in terms of personal score. The SFFA combines this finding with the statistic that for more than two decades, Asian-American students have earned the highest standardized testing scores out of all racial groups to argue that Harvard uses its qualitative metric to create an unfairly high admission standard for Asian-Americans.

In court, Harvard vehemently contested the results of the SFFA’s statistical analysis, going as far as running their own analysis and presenting an entirely different set of results. Harvard’s lawyers argued that the evidence the SFFA presented was problematically skewed because the group intentionally excluded “student-athletes, children of alumni, and children of faculty” from their sample and subsequent analysis. They argue that this change to the sample caused a fundamental misrepresentation of the student body and that for any kind of relationship to be established, one must consider Harvard’s entire applicant pool. University of California Berkeley economist and Harvard expert witness David Card used the complete data set as part of Harvard’s statistical analysis, and demonstrated that being Asian-American “did not impact an applicant’s likelihood of getting accepted in a statistically significant way.” The sampling decisions that led to vastly differing results—with the SFFA’s decision to exclude some subsets and Harvard’s decision to include the whole set—also point to Harvard’s more general position in this debate. Beyond refuting that they discriminate against Asian-American students, the university argued for the importance of racial considerations in its application process, for it is those racial considerations that enable the university to create the diverse and complete environment that it believes will be most beneficial to its students.

In the 2016 case of Fischer v. University of Texas, which upheld the watershed 1978 ruling in favour of affirmative action, the decisive Supreme Court vote was cast by Justice Anthony Kennedy, who has since been replaced by none other than Brett Kavanaugh. Seeing as most affirmative action cases have been decided and upheld on a 5-4 basis—the narrowest margin possible—the conservative political leaning of Kavanaugh could end up changing the outcome of the Supreme Court ruling, only this time tilting the scales of justice against affirmative action. This would have disastrous ramifications for campus diversity across the United States for decades to come, a sentiment that has prompted Harvard’s lead lawyer William Lee to qualify the quest of the SFFA as an attempt to “turn back the clock” on college campus diversity. Lee emphasized the drastic and very real impact that overturning the Supreme Court’s support for affirmative action would have on the constitution of Harvard’s student body: the number of African-American and Hispanic students would be reduced by roughly 1,000 in a total student body of 6,700.

As Harvard’s admission process was examined in detail during court hearings, the more recent admission scandal was interestingly foreshadowed, although entirely ignored by the plaintiffs. Previously secret details of Harvard’s admission process were brought to light and the special considerations that the children of donors and the children of alumni receive were explained. Interestingly, while the SFFA was outraged by the “unfair” discrimination pattern they could only identify by misrepresenting the data, they quickly moved on when the topic of legacies and donors was brought forward. Conceptually, a group named ‘Students for Fair Admissions’ would stand against the considerations of legacy and donor status in college admission processes, which very clearly reward wealthier students for the generational wealth that they have inherited. Yet, not only did the SFFA not pursue this avenue, it removed it altogether from its statistical analysis. This conceptually surprising selectiveness in outrage has encouraged many Asian-American students to speak out against the SFFA and their motives, arguing that the SFFA is shrouding its political agenda under a “camouflage of solidarity with Asian-Americans.”

The SSFA’s use of the potential discrimination that Asian-American applicants to Harvard suffer from seems to be fairly unilaterally perceived as a red herring, with the real goal of the lawsuit being to bring the question of race-conscious admissions—and of affirmative action—to the docket of the Supreme Court. With the highly controversial confirmation of Brett Kavanaugh as an Associate Justice of the Supreme Court in October 2018, the new political balance of the Supreme Court would likely mean that if the question of affirmative action was to be voted on, it would be repealed altogether. This would not only have disastrous repercussions on campus diversity in an immediate sense but would lead to the re-evaluation of other race-conscious policies and undo the progress of decades of progressive policies. While this is in understandably terrifying prospect, there is little we can currently do to prevent this case from reaching the docket of the Supreme Court: before any of the hearings, it was a foregone conclusion that the judge’s ruling would be challenged and that the case would continue its march up the judicial ladder.