The Solomon Islands, Taiwan, and the Politics of Recognition 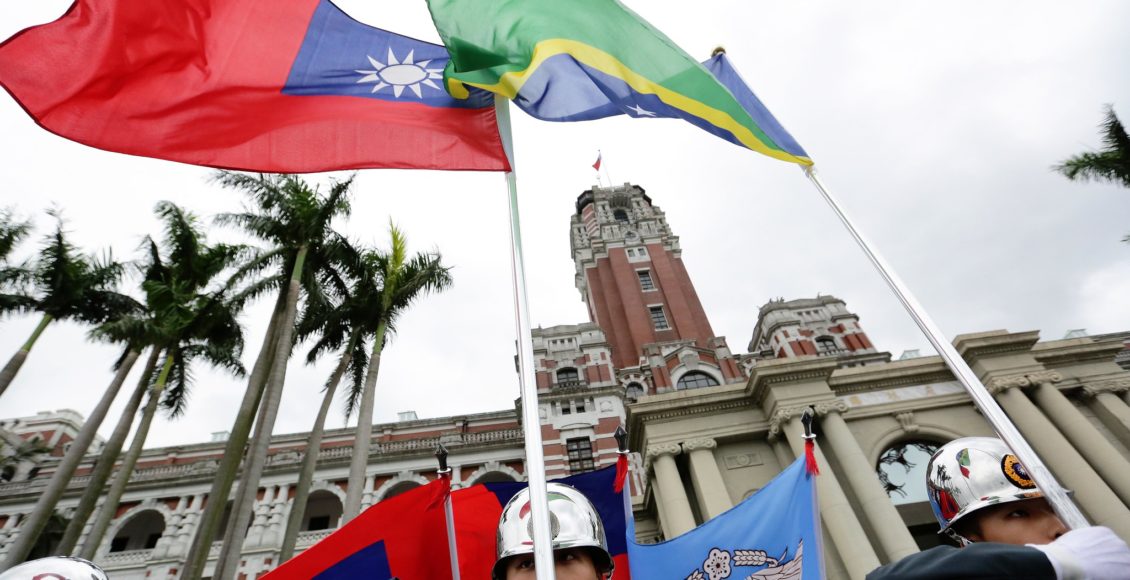 12.01 索羅門群島新任駐華特命全權大使王哲夫呈遞到任國書,我軍樂儀隊致敬 by the Office of the President, Republic of China (Taiwan) is licensed under a Creative Commons license.
Share
Advertisement

As more and more American politicians begin to hit the road in preparation for the 2020 presidential elections, one tiny island nation in the South Pacific has just completed their campaign cycle. Between the two elections, the fate of one of the United States’ most important East Asian allies may be surprisingly affected by a nation with a population of fewer than one million people.

Last month, the Solomon Islands elected Manasseh Sogavare to a fourth term as Prime Minister. Sogavare previously served as PM from 2014 to 2017, before his term abruptly came to an end following a vote of no confidence. Prior to his removal, Sogavare faced corruption allegations stemming from an illegal undersea cable contract with Huawei and a reportedly promised political donation of $40 million from the mobile company to Sogavare’s party. With his reinstatement, the question for observers outside of the Solomon Islands is clear — will Sogavare’s new government cut ties with Taiwan? And if it does, what does this mean for the increasingly isolated Taipei?

Since Taiwanese President Tsai Ing-wen’s inauguration in 2016, Taiwan has lost six diplomatic allies to China: Gambia, Sao Tome and Principe, Panama, El Salvador, the Dominican Republic, and Burkina Faso. As of today, Taiwan has only 17 diplomatic allies — 14 of which are Pacific island countries — with the rest of the world officially recognizing the People’s Republic of China (PRC) as the sole representative of “China.” This means that on the principle of a “One China Policy” between the PRC and the Republic of China (ROC, or Taiwan), mainland China and Taiwan both make claims for the same state, and only one should be the sole legitimate representative of both.

A nation can only diplomatically recognize either China or Taiwan (with the exception of Bhutan, which has no diplomatic relations with either). Of the 193 UN Member States and the Holy See, 176 states recognize the PRC. The rest, including the Solomon Islands, recognize the ROC. China has been able to flip Taiwan’s allies under the allure of generous economic aid packages that Taiwan, on its own, cannot match. When Burkina Faso broke ties with Taiwan in 2018, their government stated they did so because “the current socio-economic challenges facing our country and our region call on us to reconsider our position.” China is pursuing a global foreign policy of chequebook diplomacy — the process of using investment and economic aid to gain diplomatic favour — that Taiwan is economically powerless to compete with.

This is similar to the rhetoric the Solomon Islands has followed in the last few weeks. In reference to the country’s foreign policy regarding China and Taiwan, Sogavare informed the Solomon Islands Broadcasting Corporation that “right now the status quo is maintained, but it’s something that we will continue to develop . . . The principles we follow into diplomatic relations is of course we look at other things as well, how do we benefit from the relationship.” China is able to proselyte any of Taiwan’s allies through a blueprint that involves making an alliance with the ROC appear financially disadvantageous. In targeting the Solomon Islands’ chequebook, China is attempting to further alienate Taiwan from its international allies.

Whether the Solomon Islands or the other 16 states that recognize Taiwan switch in favour of China remains uncertain. The ramifications of these shifting political tides, however, is significant for Taipei. Making a play for Taiwan’s allies is a clear tactic in undermining Taiwan’s sovereignty as an independent state. The unabashedly nationalistic President of China Xi Jinping has stated that the “Taiwan question” that has existed since the end of the Chinese Civil War in 1949 will “definitely end in national rejuvenation.” In a speech marking the 40th anniversary of ‘Message to Taiwan Copatriots,’ Xi outlined that “we sincerely hope all the compatriots in Taiwan treasure peace as much as they treasure their own eyes, and pursue national reunification as much as they pursue happiness.” In essence, reunification under “One China” is his ultimate goal. Bearing in mind Beijing’s intentional push to develop a cult of personality for Xi Jinping through extensive media campaigns and censorship, weakening Taiwanese sovereignty and eventually claiming the island through diplomacy or through force is a logical step that would cement Xi’s place in Chinese history as the nation’s great unifier.

Meanwhile, across the strait, the initial election of Tsai in 2016 was largely predicated on a “campaign of solidarity against foreign threats.” Yet the looming concern of confrontation between the two is undoubtedly politically harmful to Tsai and her Democratic Progressive Party in the upcoming 2020 elections. Following the midterms last year, Tsai’s DPP took a major hit when the rival Kuomintang, the traditionally pro-unification party, defeated the DPP in a landslide. Furthermore, in an April 21 poll published by the Taiwanese Public Opinion Foundation, Tsai is at least 20 percent behind former Premier William Lai in the DPP primaries. If Sogavare and the Solomon Islands were to become the seventh nation to turn its back on Taiwan since 2016, it would only further weaken Tsai’s re-election campaign and the DPP’s mandate.

The extent to which the PRC should pursue the diplomatic isolation of the ROC is tricky no matter what the end goal may be. Depriving Taipei of foreign recognition as the sole government of “China” could inadvertently strip Taiwan of any rationale for continuing its claim as the “Chinese” government, instead pushing domestic pressure towards Taiwan renouncing their claim and taking a harder line to resist China. Likewise, while Xi may subtly threaten to take Taiwan by force, an actual invasion could spark retaliation from states that have an interest in mitigating the PRC’s aggressive actions. Would the United States, Japan, South Korea, and other Asia Pacific nations stand idly by as the PRC expands its borders not through economic domination but through military conquest?

If the Solomon Islands were to renounce its recognition of Taiwan, its effect on the ROC would be largely symbolic. As it has with its former allies, Taiwan will likely forgo any attempt at a bidding war with the PRC. In real terms, Taiwan leans on the assistance of its de facto diplomatic allies, the United States, the EU, and Japan, more than it does on the Solomon Islands. The politics of recognition is far more significant because it demonstrates that China is unafraid to challenge the status quo that has kept the shaky peace between the two countries for the last half-century.

Ultimately, China seems poised to continue the policy of isolating Taiwan. The Solomon Islands is a stepping stone to undercutting Taipei’s claims for sovereignty. The real question is just how far China plans to take this strategy and whether Taiwan is prepared to call their bluff, or if they ought to prepare for the worst. Regardless, shrinking Taiwan’s international space won’t narrow the gap across the strait.

The featured image “12.01 索羅門群島新任駐華特命全權大使王哲夫呈遞到任國書,我軍樂儀隊致敬” by 總統府 is licensed under CC BY 2.0