The Solution to a Sinking City? Build a New One 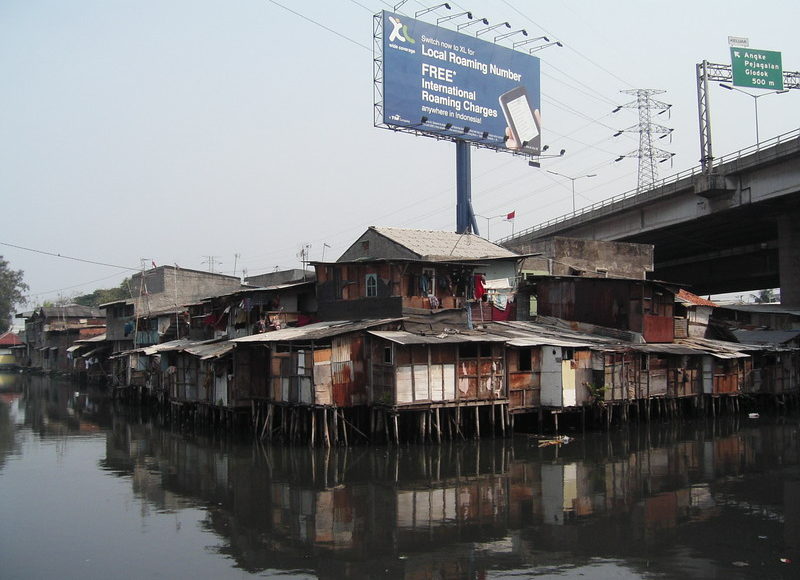 In his 2011 book Triumph of the City: How Our Greatest Invention Makes Us Richer, Smarter, Greener, Healthier, and Happier, urban economist Edward Glaeser argues that cities are the greenest places to live: claiming that denser living is more sustainable living. However, the Indonesian capital of Jakarta proves to be an exception. Home to over 10 million people, the sprawling expanse of concrete and asphalt is plagued by issues of chronic pollution, overcrowding, and neverending traffic congestion—estimated to cost Indonesia more than US$7 billion in lost productivity each year. The most acutely felt problem, however, may be the constant flooding during the rainy season, with parts of North Jakarta sinking 15 – 20 centimetres every year.

In the context of worsening climate conditions and a sinking capital city, President Joko “Jokowi” Widodo announced in August 2019 that Indonesia had chosen an area on the island of Borneo for its new capital. The proposed location spans a 256,000-hectare forested area in the province of East Kalimantan, straddling the two relatively undeveloped regions of Kutai Kartanegara and Penajam Paser Utara. Pending the passing of a bill in the Indonesian parliament, construction is expected to begin in 2021, with the hope that by 2024, preliminary steps can be taken to move government buildings to the new capital. The ambitious project to build a city to accommodate 1.5 million people is estimated to cost US$34 billion. The state has committed to funding 19 per cent of the hefty price tag, with the rest of the funds expected to come from public-private relationships.

The Environmental Costs of Building a New City

Although the Minister of National Development Planning, Bambang Brodjonegoro, has provided assurance that “the motto of the city will be Smart, Green, and Beautiful,” many environmental advocates worry there will be severe consequences of building a city from scratch in the forests of East Kalimantan, which has been a conservation area since 1991.

The island of Borneo has already lost over half of its forests due to a combination of forest fires, illegal logging, and Indonesia’s lucrative palm oil industry, which is linked to high carbon emissions. Indonesia’s previous attempts at addressing issues of deforestation have been hampered by problems establishing both clear land ownership and communication with farmers. The forests of East Kalimantan are also important for indigneous communities, who fear further marginalization as the capital moves to their backyard. Although Indonesians outside of Java have long complained about being neglected by the central government, many East Kalimantan locals remain skeptical about the move—which they feel will benefit government officials and businessmen the most.

Despite President Jokowi announcing that the site of East Kalimantan has “minimal” risk of natural disasters, recent floods in North Penajam Paser regency pose a threat to the feasibility of building a green city in the area. Moreover, the act of building a city itself is poised to exacerbate forest fires. East Kalimantan is a hotspot for forest fires, as last year, Indonesia suffered its worst forest fire season since 2015. With the new capital planned to be in-land, hundreds of kilometres of roads must be built to connect the new city to neighbouring cities, as well as the coast. Road expansion causes habitat fragmentation, opening up forests to the possibility of illegal logging and forest fires.

Environmental advocates are also concerned about the possibility of ensuing water pollution, with the proposed sites for the capital city being close by two river systems: Balikpapan Bay and the Mahakam River. 10,000 people catch fish daily in Balikpapan Bay, and fishermen are worried that the waterways will be polluted by a steep increase in mining activities as the new capital is constructed. Environmental NGOs also warn that the nearby city of Balikpapan is at risk of a water crisis, as river flows will be impeded by the development of the new capital.

The New Capital For Whom?

In his 2019 state of the union speech, President Jokowi rallied support for his proposal to relocate the capital, stating that “a capital city is not just a symbol of national identity, but also a representation of the progress of the nation. This is for the realization of economic equality and justice.” As the nation with the sixth largest wealth inequality in the world, with these disparities often distributed geographically, the choice to move the capital to the relatively undeveloped island of Borneo is an opportunity to redistribute the nation’s wealth. However, the planning for President Jokowi’s proposals has often occurred behind closed doors—without public oversight, and without consultation with the farmers, fishermen, and indigenous communities whose lives are most likely to be uprooted by the move. This begs the question, who has been planning the new capital, and more importantly, who is poised to benefit?

In December 2019, a coalition of environmental groups in Jakarta answered these questions with their investigative report, titled The New Capital for Whom?—showing that the location for the new capital is not a vacant expanse of lush forest, but rather the site of 162 mining, forestry, oil palm plantations, and coal steam powered electric generator concessions. A long list of Indonesian political and industrial tycoons are linked to the concessions, which includes Defence Minister and former presidential candidate Prabowo Subianto, his brother, Hashim Djojohadikusumo, and his nephew, Thomas Aquinas Muliatna Djiwandono, treasurer of the Gerindra Party. With so many of Indonesia’s wealthy oligarchs holding land concessions in East Kalimantan, corruption concerns are heightened as concession holders can easily exploit the opportunity for profit.

In response to critics of the project, Jokowi stated that Indonesia was going to avoid the mistakes of countries whose new capitals had become merely enclaves of bureaucrats by building education institutions, sustainable public transit, and innovation centres in the new capital. Several countries have attempted to build new capitals in the past, with varying degrees of success. Myanmar’s new capital of Naypyidaw, six times the size of New York City, boasts a safari park, four golf courses, and 20-lane highways, and has a population of less than 1 million, with civil servants quickly leaving the city every weekend in swarms. Brazil has had considerably more success, with the capital of Brasilia boasting a population of over 2.8 million people, although the city lacks much of a life beyond that of a government and civil service city.

Building a city from scratch is hard, but the task of building a sustainable city may prove to be even more difficult, and is a project that is likely to go beyond the end of Jokowi’s term in 2024. As the old adage goes—Rome wasn’t built in a day. But with 95 per cent of Jakarta projected to be underwater by 2050, time is ticking for Indonesia to find a solution to the rising waters of climate change that threaten to drown the nation.