The State of the Unions: What the Bessemer Union Drive Means for The Future of Organized Labour 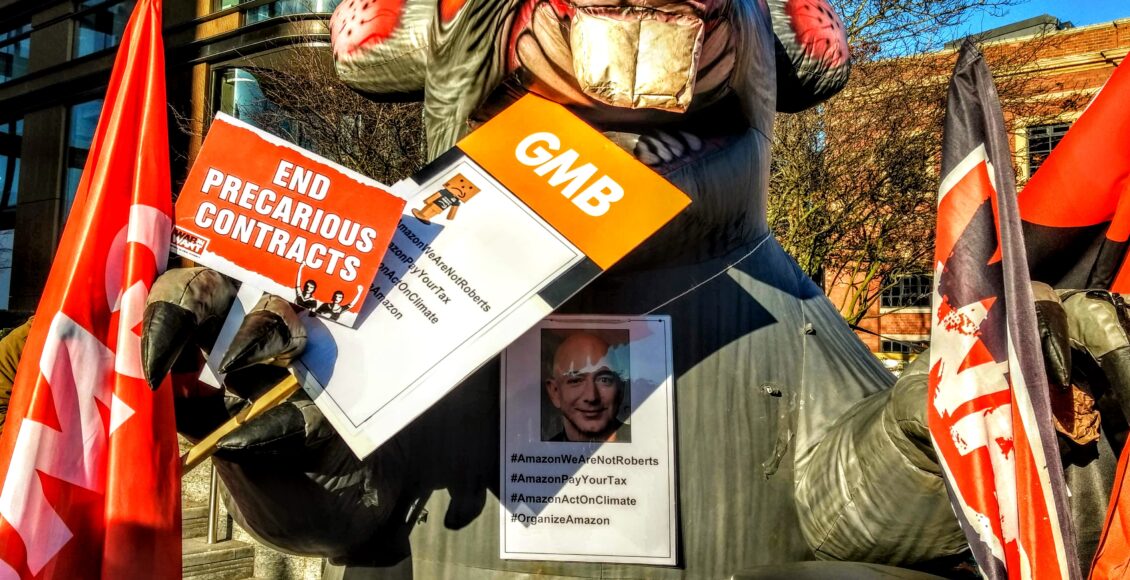 After a hotly contested union campaign at an Amazon warehouse in Bessemer, Alabama, workers have rejected the motion to unionize by more than a 2-to-1 margin. Since early February, nearly 6,000 warehouse employees had been voting on whether to join the Retail, Wholesale, and Department Store Union (RWDSU) and become Amazon’s first unionized workplace. Although the Bessemer campaign was the largest and most viable effort to unionize Amazon in several years, Amazon’s decisive victory points to the advantages of US labour law for employers fighting unionization.

The origins of the Bessemer unionization drive can be traced back to last summer when a group of warehouse employees contacted RWDSU organizers after expressing displeasure with Amazon’s stringent productivity quotas. After the meeting, a full-fledged union drive emerged, with over 2,000 workers signing cards indicating that they wanted a vote on unionization. Although warehouse workers ultimately voted against unionization, the fight between labour organizers and Amazon executives may be far from over — RWDSU leaders said they would challenge the results, claiming Amazon used illegal tactics to mislead and intimidate workers during the campaign. The defeat of organized labour at Amazon may not mark the end of the campaign against Amazon so much as a shift in strategy to resist the company’s exploitative labour practices.

One nation, under Amazon

While Amazon has long been criticized for subjecting its workers to poor conditions and low wages, the COVID-19 pandemic has further exposed Amazon’s subpar treatment of its workers. Early in the pandemic, workers expressed concerns that the e-commerce giant did not enact adequate precautions to prevent the spread of COVID-19 within its facilities. After interviewing employees from 23 Amazon facilities, NBC News reported that Amazon rarely disclosed positive COVID-19 cases to employees, with some employees tracking the spread of the virus themselves through Facebook groups.

Amazon has also come under fire for providing insufficient break time to employees in an effort to meet productivity quotas. Workers have also reported that they are constantly threatened with termination if they do not meet their quotas, with some even attributing Amazon’s high rate of workplace injuries to the speed at which workers are expected to fulfill orders.

While stories about the mistreatment of workers are common across the rapidly growing number of Amazon facilities across the United States, it is especially notable that this push to unionize happened in Alabama, a right-to-work state. States with right-to-work legislation allow workers covered under a collective bargaining agreement to opt-out of paying union dues, weakening the power of labour unions.

In this unlikely context, the Bessemer unionization amounted to the largest unionization challenge the e-commerce giant has experienced in its 27-year history. While the first union vote at a US Amazon warehouse failed back in 2014 after lacking external support, the Bessemer campaign was successful in drawing national attention to its cause. Politicians such as Senator Elizabeth Warren and Representative Mark Pocan have supported the unionization effort, criticizing Amazon’s mistreatment of workers and union-busting tactics. Amazon has aggressively gone after these politicians in a series of tweets, which is markedly unusual PR behaviour for a large corporation, ridiculing common claims that Amazon workers are forced to pee in bottles and are subject to other inhumane treatment.

1/2 You don’t really believe the peeing in bottles thing, do you? If that were true, nobody would work for us. The truth is that we have over a million incredible employees around the world who are proud of what they do, and have great wages and health care from day one.

Amazon has aggressively tried to push back against allegations that the company mistreats its workers. Via Twitter.

However, other aspects of Amazon’s anti-unionization campaign have been far less humorous. Amazon plastered the Bessemer warehouse with banners urging workers to vote against unionization, even going so far as to place anti-union fliers in bathroom stalls. During the voting period, Bessemer staff also reported receiving nearly five text messages daily from Amazon, urging workers to not abandon “the winning team.”

In a now-defunct website, doitwithoutdues.com, Amazon warned workers of the alleged dangers of joining a union, often spreading misleading information or outright lies about the unionization campaign. For example, Amazon told workers that they would be forced to pay dues if they join the RWDSU, which is false under Alabama’s right-to-work legal regime. Amazon also resorted to enticing Bessemer workers to quit in order to sabotage the union vote. In late February, the company extended an initiative to pay unhappy warehouse workers with a $1,000 bonus to quit their jobs. According to union organizers, this initiative was an attempt to weed out unhappy workers who are more likely to have voted for unionization, as the ballots of ex-employees will not be counted.

Amazon has a long history of using controversial tactics to prevent workers from unionizing. After leaked documents were released in 2019, Amazon confirmed that it used monitoring tools to surveil dozens of private Facebook groups set up by workers to watch for union organizing or strikes against Amazon. The company has also invested in software that has been designed to track and counter union threats by mapping union-grant money flow patterns and the presence of local union chapters at their facilities.

The RWDSU has filed objections that Amazon’s tactics violate the National Labour Relations Act, which forbids employers from restraining employers from engaging in union activity. However, the freedom with which Amazon has previously been able to use questionable tactics to stifle union organizing enabled the company to mount a brutal anti-union campaign in Bessemer. US labour laws aimed at safeguarding workers’ right to organize have had limited effectiveness due to the 1947 Taft-Hartley Act, which greatly restricts the strike and picketing activities of unions. The Act also legalized the intimidation, coercion, and anti-union propaganda that have become mainstays of Amazon’s union-busting playbook, by allowing employers to stage mandatory meetings with workers to discourage union activity. With union membership in the US peaking in the mid-1940s and declining steadily since then, the role of the Taft-Hartley Act in weakening organized labour can not be ignored.

Towards a more perfect union

While the Bessemer union drive signified a potential turning point for organized labour in the US, Amazon’s robust anti-union campaign marks a continuation of the impunity with which corporate America’s standard union-busting playbook is allowed to operate. Although unionization was rejected at Bessemer, labour organizers point to the possibility of stepping up informal efforts to highlight and resist Amazon’s poor working conditions. According to labour leaders, walkouts and PR campaigns that pressure Amazon to raise their labour standards may be more successful given the difficulties of formal union organizing.

Even with this defeat, the national coverage the Bessemer union drive received may have wider implications for organized labour, as RWDSU representatives have heard from over 1,000 Amazon workers across the country about potentially forming a union at their workplace. While it is uncertain how many of these inquiries will turn into fully-fledged union campaigns, recent shifts in the political environment may strengthen future labour movements. In March, the House of Representatives passed the Protecting the Right to Organize Act, which would strengthen protections for workers trying to form a union and repeal key provisions of the Taft-Hawley Act that allow employers to restrict union activities.

Ultimately, the tenacity with which Amazon has fought against the Bessemer union drive underscores the importance of organized labour in ensuring job security and adequate labour conditions for workers. The failed union vote at Bessemer demonstrates the need for reforms that could tip the current imbalance of labour law and resources in favour of workers’ rights, rather than corporate interests.