The Terminology of Terrorists 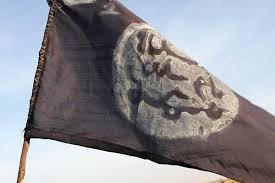 In a time period that promotes the importance of political correctness, this necessity has also spread to include the terms that designate terrorist groups. This is currently most clearly seen through the various titles assigned to the organisation known as the Islamic State (IS), the Islamic State of Iraq and Syria (ISIS), the Islamic State of Iraq and the Levant (ISIL), and Daesh. Although each of these monikers refer to the same institution, the meaning behind them carries different translations and connotations that have shaped their use in modern politics. The differing use of these terms has been increasingly influential as many world leaders, politicians, and media outlets disagree about the proper label to be pinned on what is arguably the most influential terrorist organisation in the world today.

In order to understand the present debate regarding the terminology associated with the Islamic State, it is imperative to recognize the history behind the organisation’s own reference to itself since it’s initial foundation in 1999. Initially, the group was referred to as Jamaat al-Tawhid wa-l-Jihad (JTJ), however this shifted to Al-Qaeda in Iraq (AQI) in 2004 in acknowledgement of the organisation’s ties and pledge to Osama bin Laden. Two years later, the name was altered to the Islamic State of Iraq (ISI). Because of the enlargement of the terrorist group into neighbouring Syria, it’s title was further changed officially to the Islamic State of Iraq and al-Sham (ISIS). The translation of the Arabic “Al-Sham” however, constitutes what is known in English as the region of the Levant, which is what gave rise to the commonly used term of the Islamic State of Iraq and the Levant (ISIL), which is predominantly used the United States, Great Britain, and the United Nations when referring to this particular terrorist institution. Most recently, this organisation changed its name once more, officially becoming the Islamic State (IS), which hints at the terrorists’ intentions in achieving territorial acquisitions beyond the area after which it was originally named.

What is most interesting to explore within this controversy of terminology is the movement from the aforementioned traditional terms carrying the reference to the “Islamic State” to the relatively newer use of “Daesh” as a name for the terrorist group. Most Arab countries, many state governments (such as Canada, Turkey, France, Israel, and the United Kingdom) and additional political figures have adopted the term Daesh in order to delegitimize this terrorist institution and to separate their objectives and means from the peaceful religion of Islam. This objective in taking away the designation of a state and its role as a proprietor of Islam from the terrorist group has proven effective in that the organisation abhors the use of Daesh to refer to themselves, even threatening to cut out the tongues of those that use the word. These threats have proven largely ineffective, however, as many continue to reference Daesh by that name because of the derogatory and disparaging connotation that it adds to their description, and the power it gives those who use it in separating the terrorists from an authentic entity.

Moreover, it is significant to attempt to understand why a word that is merely an Arabic acronym has developed the clout that it has come to know since the introduction of its use, and how such a term carries a disrespectful underlying meaning. Quite literally, Daesh is an acronym that comes directly from the Arabic words for the Islamic State of Iraq and Syria, which are then transliterated. The full transliteration that the acronym Daesh comes from is “al-dowla al-islaamiyya fii-il-I’raaq wa-ash-shaam”, which was the preferred name of the terrorist organisation until it’s desire shifted to “Islamic State” in order to reduce the limitations on its influence and expansionist goals. Because of the fact that the full name that Daesh stands for is essentially what the organisation would like to be called, it is significant to explore the implications that the Arabic acronym has on destabilising the governance of the group.

It is clear that there is an effect that the term “Daesh” has on dismissing the legitimacy of the organisation, but it is important to understand why. To many within the terrorist institution, there is a blatant lack of respect that is insinuated through the refusal of people to use the entire name chosen by the organisation in order to refer to it, and also through the continuing use of a contrived word that departs from the group’s primary intentions. Furthermore, acronyms are significantly less common in the Arabic language than in the English language, so there is no marked precedent for the shortening of official titles into single words, thus continuing the repudiation that “Daesh” holds for its subjects. Another element that impacts the view of “Daesh” as a derogatory term is the fact that it is only separated by a letter from the transliterated “daes”, which in Arabic means someone or something that crushes or tramples. This causes the term to be interpreted with this and it’s connection to the Islamic State in mind, furthering the insulting nature of the moniker. Lastly, there are some who point to the structure of the word and the letters it contains as modelled after those within the pre-Islamic dark ages, which was thought to contain much violence and barbarism. Because of this, Arabic translator Alice Guthrie explains that, “The insult picked up on by Daesh is not just that the name makes them sound little, silly, and powerless, but that it implies they are monsters, and that they are made-up”. This accentuates an additional factor behind the Islamic State’s general abhorrence to this term in describing their terrorist organisation.

In conclusion, there are many appellations that are possible choices when referring to the Islamic State, and much thought goes into these designations used by various countries, world organisations, politicians, and the media. Although many might say that the simple terminology that one uses when referencing terrorist groups doesn’t particularly matter, there is something powerful about the ability to patronise and degrade such a violent organisation merely through a single word. In a world that is currently combating extremist ideologies and fighting for an improved quality of life for those affected by the rise of Daesh, we can all play a small, peaceful, part in this effort by embracing that word as a denouncement of the group it stands for.