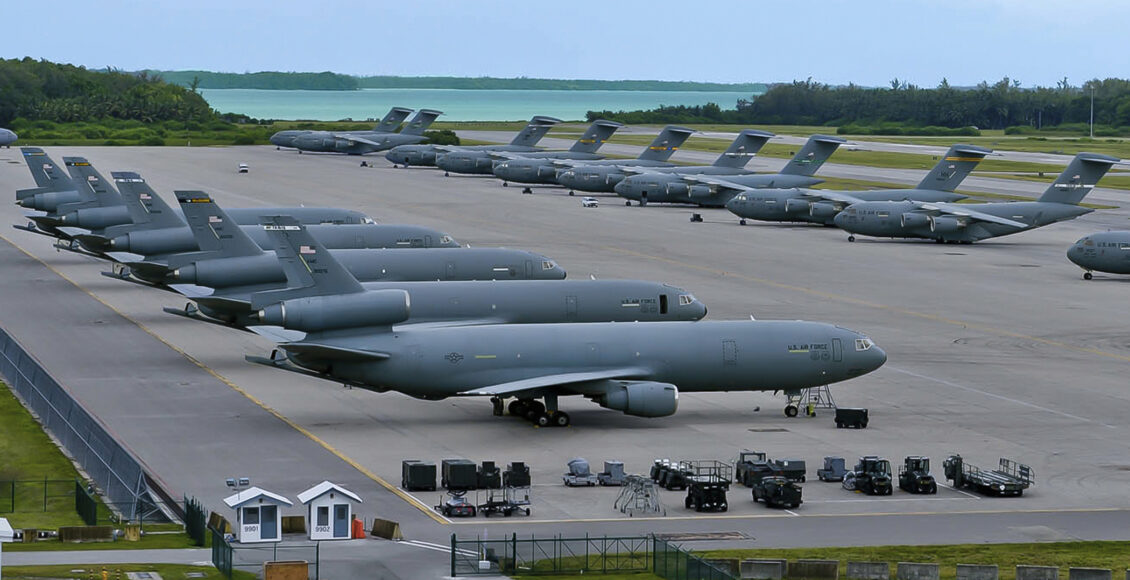 The international reach and influence of the United States military are truly unprecedented in world history. With upwards of 1000 permanent and temporary military installations around the globe, the United States government can strike at a moment’s notice, practically anywhere in the world. Some American military bases, such as the Guantanamo Bay Naval Base in Cuba or the United States European Command headquarters in Germany, are famous — or perhaps, infamous — symbols of American hegemony. However, there is one base that is relatively unknown in the American military pantheon, despite its importance in current US military policy: a tiny Indian Ocean island called Diego Garcia.

Diego Garcia was uninhabited until Portuguese explorers landed there in 1512, giving the island its name, though their reasoning remains unknown, and they did not establish permanent settlements. Intermittent visits to Diego Garcia continued for years, with European administrators governing the island from Mauritius. When the 1814 Treaty of Paris forced the French government to cede Mauritius to the British Empire, Diego Garcia was included in the deal. For the next two-and-a-half centuries, Diego Garcia was one of many British island colonies, with a population consisting primarily of slaves and their descendants, who worked on coconut plantations.

After the Second World War, both the United States and the Soviet Union — with support from the nascent United Nations — adopted ostensibly anti-colonial stances. Still, their foreign policy did not always reflect such positions. This pressure, as well as relative post-war impoverishment among the European colonial powers, pushed governments like France, Portugal, and the United Kingdom, towards decolonization.

Despite their claims of supporting national self-determination, American policymakers feared that their Soviet rivals would fill the post-colonial power vacuums that they perceived to be emerging in the Global South. To abate communism’s rising popularity, the US government began building the aforementioned military bases around the world. Knowing that Great Britain once controlled strategically-located islands in the Indian Ocean, the US government struck a top-secret deal with their former colonizers.

The terms of the deal were as follows: first, the British government would purchase Diego Garcia island from the Maldives, which would soon become independent, creating the British Indian Ocean Territory (BIOT). Then, the United States and the UK would agree on a deal allowing the US military to use the BIOT as a base for the next 70 years, until 2036. This agreement was made possible by the $14 million debt incurred by the UK in an earlier purchase of American missiles, which the United States expunged in exchange for the 70-year use of Diego Garcia.

Before constructing any military base on Diego Garcia, the United States military forcibly deported all residents of the island. These islanders, known as Chagossians, were a mixed-ethnicity group tracing their lineage to the many Africans, Malays, and Indians who had worked on the plantations during the colonial era. The Chagossians were told to board ships to Mauritius, never to return. Those who resisted had their shipments of goods from Mauritius restricted, rendering Diego Garcia uninhabitable for them. Today, ethnic Chagossians reside mainly in the Maldives and the UK, with none inhabiting their home island. In 2019, the United Nations voted for the United Kingdom to relinquish control of the island and return it to the Chagossians, but the demands were ignored, given the island’s strategic importance to Western powers.

Over the past 54 years, Diego Garcia has been called into service for many significant American military actions. During the First Gulf War of the early 1990s, the United States armed forces launched airstrikes on Iraq from Diego Garcia, with the island playing a key role in Operation Desert Storm. Likewise, in the early years of the 21st century, US bombers stationed on Diego Garcia attacked Afghanistan and Iraq from the island.

Moreover, there are rumours that the US military used Diego Garcia during the War on Terror — much like Guantanamo Bay — to torture inmates and perform illegal interrogations. While many of the CIA and the US government’s torture techniques are well-publicized, the settings of many such criminal behaviours have been effectively kept under wraps. By conducting these activities on remote, little-known islands like Diego Garcia, the US government reduces the visibility of its actions, which have been condemned by international organizations, including the United Nations and Amnesty International.

The current geopolitical landscape of South Asia and the Middle East suggests that Diego Garcia will become an increasingly important base for American military operations as a whole. In recent years, China has extended the boundaries of its influence through the Belt and Road Initiative along with the construction of overseas military bases and ports. One region that China has targeted in particular is the Indian Ocean, due to trade routes between West and East Asia, granting access to key oil shipping routes in the Persian Gulf and the Red Sea. Consequently, China has pursued large-scale construction projects in Sri Lanka, the deep seaport of Gwadar in Pakistan, and a military base in Djibouti. In the middle of this vast demonstration of Chinese power lies Diego Garcia, the region’s bastion of American hegemony. As Chinese influence continues to expand in South Asia, Diego Garcia will become even more crucial in guaranteeing the prioritization of American interests in the region.

Through Diego Garcia, the US government’s military reach extends over certain areas that could potentially host the world’s next major conflict. Like the disputed Jammu and Kashmir regions or the Himalayan border between China and India, many of these locations are at the centre of decades-long tensions, which could escalate at any moment, as they did in 2019 and in June 2020. Other regional powers, like Iran, are considered by many to be enemies of the American government that should be treated as a threat and “kept in line” through operations such as the January assassination of Qassem Soleimani.

The US military sees itself as the world’s leading defender of freedom and Western values. It would surely step in if conflict erupts in South Asia, whether or not it is directly implicated in the source of such violence. As a global hegemon, the American military benefits from flexing its muscles on occasion, especially in globally influential regions like South Asia. With large-scale military confrontations in South Asia looking increasingly probable in the next decade, Diego Garcia offers the US military the chance to reassert its dominance in the region. Without control of this tiny island, the US’ position of strength in South Asia would be far more precarious.

The United States gained rights to control Diego Garcia through wildly unjust colonial means, with the help of the late-era British Empire. Now, this former plantation colony is an immensely important and highly strategic piece of the American military puzzle in Asia. Diego Garcia is well within striking distance of the region’s most powerful countries, and remote enough to conduct brutal CIA operations outside the public eye, making it the perfect base for the US government to sustain its global superpower status. Diplomatic crises have already begun to spring up in South Asia, which seems to be heading towards a highly volatile decade. So, the US base on Diego Garcia will be the key to any and all American activities in the region.