The Toxic Trajectory of the #PickMeGirl Trend 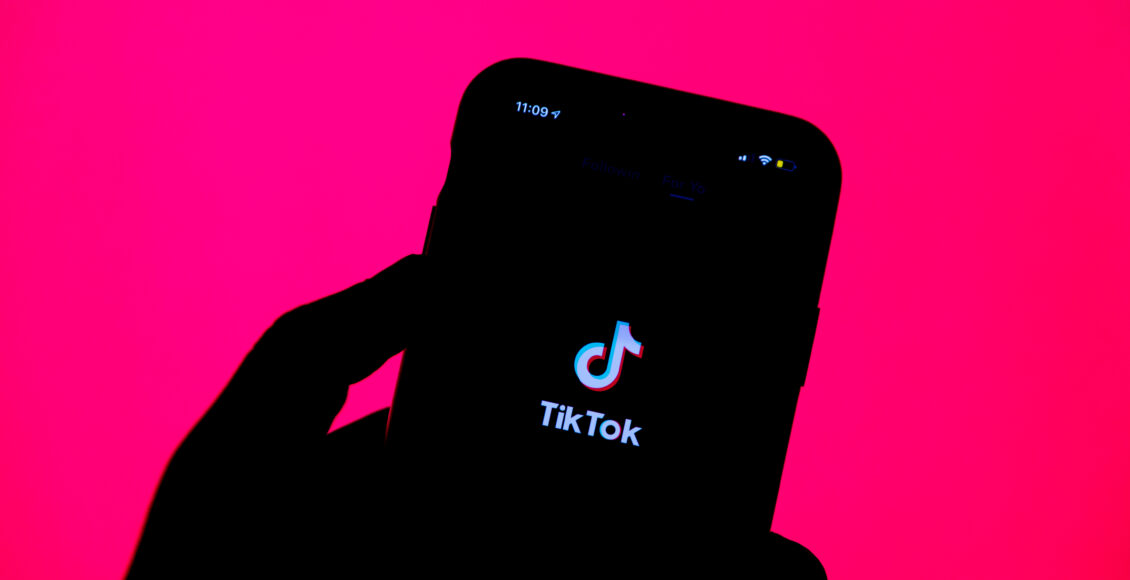 The Pick-Me Girl trend has taken the internet by storm in recent months. Originally coined in 2018 with the popular Twitter hashtag #TweetLikeAPickMe, the term has since become highly popularized through TikTok, where clips hashtagged #PickMeGirl have accumulated over 271 million views. The “Pick-Me Girl” moniker is used to describe women who either knowingly or inadvertently lean into patriarchal and misogynistic archetypes in order to obtain male validation. The Pick-Me Girl is often embodied by catchphrases, like the classic “I’m not like other girls,” or “Women are so much drama,” which seek to set the Pick-Me Girl apart from other “lesser” women, and as such appear more appealing to men. While the term “Pick-Me Girl” began as a legitimate means to call out this behaviour, finally putting a name to a personna most of us have encountered at least once in our lives, its use online has since taken a more problematic turn.

The massive outpouring of online content calling out the Pick-Me Girl has revealed a sad truth that toxicity begets toxicity. TikTok trends surrounding the Pick-Me Girl are now being largely exploited by users, who use them as opportunities to attack women for myriad behaviours and interests by labelling them as “Pick-Me Girls.” Like many social media trends, that of the Pick-Me Girl is spiralling out of control, and in many ways is now achieving the opposite of what was originally intended. Rather than being used to shed light on a discrete behaviour, the term “Pick-Me Girl” is now being applied to behaviours far beyond its original context, turning a tool designed to call out internalized misogyny into a weapon of the misogynists themselves.

Who is the Pick-Me Girl?

There are multiple archetypes Pick-Me Girls fall into. There are “Wifeys” who disparage single women and lean into sexist stereotypes in order to emphasize their marriageability, NLOGs (Not Like Other Girls) who denigrate stereotypically feminine behaviours and interests, and antifeminists à-la Kaitlin Bennett, who look down upon feminists and call into question gender equality. None of these are mutually exclusive, but all of them are rooted in deep-seated internalized misogyny. As a result of subconscious biases against the female gender, Pick-Me Girls feel they need to distance themselves from other women in order to be more attractive— to be “picked” by men. According to its original meaning, Pick-Mes have internalized the notion that to secure a relationship with a man, they must cast themselves as superior to other women. Much of this manifests as the belittlement of women at large, insulting them for not subscribing to the same ideals of subverted femininity as the Pick-Me.

The Pick-Me Girl is not like other girls. She can laugh at sexist jokes, and she may even make them herself. Negative reactions from other women are met with snide remarks disparaging them for being too sensitive and not being able to take a joke. She doesn’t appreciate or even entertain the idea of female friendships, because women are too “catty” or “dramatic.” She’s just “one of the boys.” She may despise traditionally female interests and behaviours, such as wearing makeup, dresses, and cheerleading, and she will instead pride herself on having traditionally male-oriented hobbies. Because her actions are largely rooted in her perception of other women as competition for male attention, she may loathe and belittle the women around her in front of male counterparts, reinforcing the idea of Pick-Me Girl superiority.

Ayesha Curry @ayeshacurry · Dec 5, 2015
Everyone’s into barely wearing clothes these days huh? Not my style. I like to keep the good stuff covered up for the one who matters

As a “Wifey,” the Pick-Me shames women for behaviours that supposedly explain why they are — or deserve to be — single, like wearing revealing clothing, going to clubs, and engaging in premarital sex. The Pick-Me knows the best way to get a man, and she knows best how to take care of her man. Much of her rhetoric involves slut-shaming, demonizing women for embracing their sexuality, and often basing her views on religion and spirituality. Naturally, sex work, such as running an Only Fans account, is a favoured target of the Wifey. She may lean into traditionally nurturing behaviours, boasting of her ability to keep a man happy by dedicating herself to maintaining the household and optimizing his comfort. She deplores women whose attention lies elsewhere.

In its extreme, the Pick-Me Girl can manifest itself in hyper-conservative rhetoric, which denigrates feminism, posits female privilege, and challenges women’s rights. Such Pick-Mes may engage in such things as wage-gap denial, men’s rights activism, dismissing feminism as man-hating, and emphasizing that women’s sensibilities disqualify them from certain roles and rights. By embracing misogyny in this way, the Pick-Me Girl has the potential to cause genuine harm to women at large, embodying outdated ideas that set back the women’s movement. Worse, their behaviour validates the sexism of men. Antifememist Pick-Me Girls are often put on pedestals by men’s rights activists and organizations seeking to undermine women’s rights, turned into convenient female figureheads and thrust into the limelight as a form of validation for their harmful ideologies. The unfortunate irony is that such women were empowered by the centuries-long struggle for women’s rights, and are now using their voice to reverse this course.

Honestly, letting women vote in this country wasn’t one of the best ideas. Females vote with emotion and overwhelmingly support Democratic feel-good policies that take away our ACTUAL rights. I’d rather lose my “right” to vote than lose my right to defend myself with a firearm!

While the Pick-Me Girl is incredibly problematic and her behaviour should be widely acknowledged as harmful, the online trend calling her out has taken a dark turn which undermines its positive message. While much of TikTok’s Pick-Me Girl content calls out genuine Pick-Me behaviours, many now use the trend as an excuse to tear women down for any and all behaviour that might attract male attention. Callouts have spiralled out of control, with girls being accused of Pick-Me-ism for things as simple as being short, enjoying sports, not wearing makeup, or sporting a leg-brace in public. The moniker is widely used for the purposes of bullying, for example, by naming and shaming specific girls without context.

The Pick-Me Girl trend has turned into yet another way to police female behaviour. Our words, appearance, and interests are placed under a critical pseudo-feminist lens and once again shamed, this time for not being good enough feminists. Women are accused of failing to empower themselves and, by extension, their gender, and they are disempowered in the process. Despite the Pick-Me Girl being termed to describe women who tear other women down in order to make themselves more appealing to men, the irony of using the moniker to publicly shame girls under the pretext of Pick-Me-ism somehow escapes many content creators.

The people calling out the Pick-Me Girl have somehow transformed themselves into the very thing they profess to hate. In scrutinizing the personalities and behaviours of her peers, the woman decrying the Pick-Me is positing herself as the “real” and “unfiltered” girl, pitted against supposedly fake and vapid Pick-Mes. She therefore defines herself as superior to the Pick-Me Girl. Even when creators aren’t seeking male validation through their shoutouts, the fact still remains that they are degrading other women, essentially mimicking the Pick-Me Girl. This feud ultimately serves no one, attacking women for being the products of a patriarchal environment while doing absolutely nothing to tackle the underlying causes of Pick-Me-ism.

The Pick-Me Girl phenomena has unfortunately been turned on its head since its inception, evolving from a means to call out internalized misogyny into yet another way to bully and monitor female behaviour. Pick-Me Girls attack and criticize women in an effort to increase their appeal, while those calling them out shame them and needlessly target others for seeking male attention. Tearing women down is fundamentally antithetical to feminism, and sincere efforts to explain and alleviate internalized misogyny are the only productive solution.