The TPP Released in Full Detail 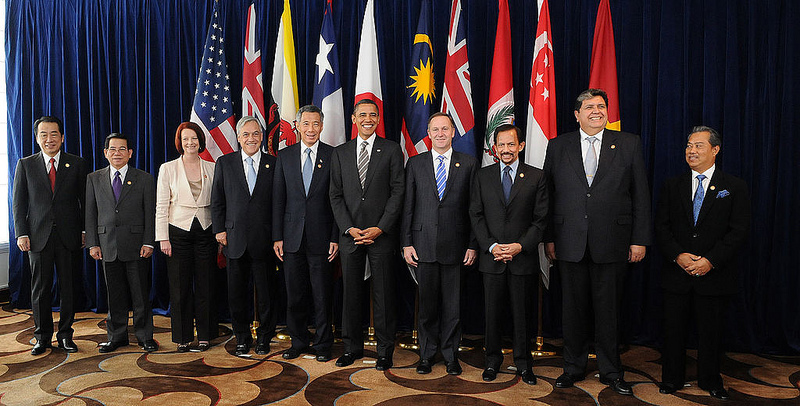 You thought I would be finished talking about it didn’t you! Well you were wrong. I am sorry once again for deviating from what I said this post would be about but something very important has just been released – the full details of the TPP. And some people have already begun scrutinizing the deal as: “Worse than we thought.”

Public Citizen Global Trade Watch director, Lori Wallach has said that the trade deal represents “corporate interests satisfied to the detriment of the public interest,” As would hav

e been predicted by the very few leaked portions of the deal that was since released to the public. Charles Chamberlain of Democracy for America goes even further saying the agreement “would push down wages, flood our nation with unsafe imported food, raise the price of life-saving medicine…”

It is no treat for the environment either. Groups like the Sierra Club say that the agreement is as notable for what it didn’t say about climate change, mostly being a text outlining handouts to fossil fuel industries. Those criticizing the environmental aspect say that there are weak enforcement rules when it comes to environmental standards (just like the ILO labour standards I’ve outlined in the past).

Here in Canada, newly-elected Minister of Trade, Chrystia Freeland praised the agreement because of her personal philosophy that free trade is essential to improving middle class prosperity in Canada; ” Canada is a small country. The world economy is huge. And if we want our middle class to be prosperous — which is the core of our agenda — having trade deals with the world is absolutely essential.” Y’all know how I feel about that. But no, Freeland is right in some sense. But the way in which this agreement has been made can most definitely not be considered to help the middle class in any way.

The Liberals have however said that they will allow open and public debate for approval of the deal. But once this debate is over the Liberals’ll probably use their commanding majority to approve the deal anyways. Our arguments and those of the opposition will probably be mere suggestions.

Yes, the entire deal is very intimidating and daunting to read to say the least. But perhaps take a gander at some parts that interest you. I encourage all as engaged, curious (maybe even a little angry) citizens to read at least some parts of this agreement.

You can read the it IN FULL at this link: