“Cosmopolitan”: A Dog Whistle of the Trump-Right 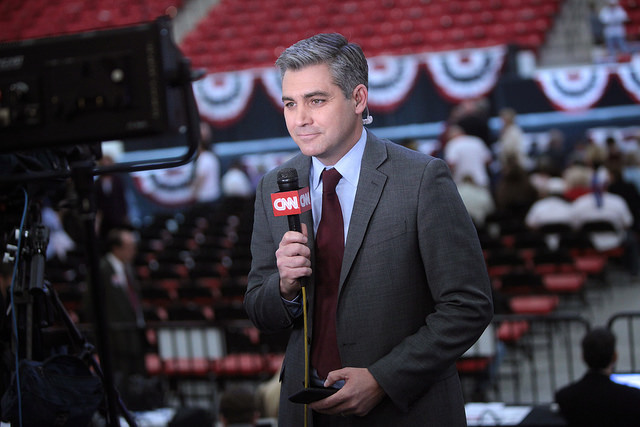 The Trump Administration recently endorsed a plan to cut legal immigration by half and prioritize well-educated immigrants with English proficiency. With the help of senior advisers, Stephen Miller and Steve Bannon, Trump worked closely with Senate Republicans to introduce the RAISE Act. Its introduction was announced in a White House press briefing early in August. In a tense exchange between Stephen Miller, a key architect of the administration’s immigration platform, and CNN reporter Jim Acosta, Miller accused Acosta of having a “cosmopolitan bias.” Acosta had criticized the immigration plan by stating that the United States traditionally accepted the world’s poorest, many of whom had no English experience. Miller’s backfire highlights the Trump-right’s campaign against a liberal circle deemed “cosmopolitans.” What Miller did was help purvey the term to brand political opponents, including establishment politicians and journalists, as politically illegitimate. In this sense, the adjective “cosmopolitan” has become a dog whistle for the Trump-right.

Dog whistle politics were at the centre of Trump’s campaign, as he helped redefine politics as a fight between nationalists and internationalists, a battle of “us” against “them.” His “America First” platform presented increasing immigration, globalization, and multiculturalism as threats to an American identity. It was essentially a revival of nationalism in response to increasing globalism. A target of the campaign was a cosmopolitan elite seen in control of mass media, special interests, and elected office. For Miller, these cosmopolitans come from the big city and are found among social elites, intellectuals, and journalists. Moreover, they are seen as concentrated in universities where diversity and openness make way for “non-traditional” thought. This is partly why much of America’s working class, concentrated in rural areas, feel threatened by a cosmopolitan outlook: because it seems foreign and not exclusively tied to national identity. The term “cosmopolitan” as a dog whistle of the Trump-right targets those perceived as disconnected from American tradition.

It is also Miller’s accusation of Acosta having “cosmopolitan bias” that reveals an important target of the Trump-right. The Trump-right’s relationship with the media for their alleged spread of “fake news” is notably antagonistic. However, the dynamic is indicative of much more. The Trump-right is blatantly distrustful and resentful towards journalists because of its view of media in American society, specifically that they represent a coastal elite that looks down upon the rest. This conflict is rooted in social class and even mannerisms. While much of Trump’s base is without a college degree and traditionally conservative, many journalists are well educated, liberal, and internationally oriented. They are seen as promoting an internationalist agenda that threatens an American identity. In addition, Trump’s base often expresses feelings of condescension by media that, according to them, dismiss the grievances of ordinary Americans and focus attention on other issues.

The term “cosmopolitan” derives from the Ancient Greek word kosmos meaning “world” or “universe.” Philosophically, it originates from the ancient Greek philosopher Diogenes declaring himself a “citizen of the world,” a groundbreaking concept for a time when social identity was confined to individual city-states. “Cosmopolitanism” can be understood as a form of identity without binding loyalty or belonging to a particular community, a breakaway from traditional attachment to one’s place of birth or residence. While the term can carry positive connotations relating to exposure, interaction, and cooperation, it has historically been used in a derogatory sense, becoming a rhetorical charge against targets suspected of disloyalty or treason against the state. One such target of the derogatory use was European Jews, whom Joseph Stalin famously labelled “rootless cosmopolitans.” The Soviets censored, arrested, and killed Jewish intellectuals under the premise that they were promoting a “cosmopolitan” world-view threatening to the Soviet state. Nowadays, the use of the “cosmopolitan” accusation has been revived in recent waves of populism, used in attempt to delegitimize political opponents.

Capitalizing political power by questioning a group’s national loyalty is its own form of identity politics. The Right often accuses groups on the Left of playing identity politics in discussion of important identifiers such as race, ethnicity, and religion. The claim is that liberals exploit the identity of marginalized groups to further their own political ambitions. What is interesting is that the Trump-right plays a similar game. That Stephen Miller uses such a consequential term is alarming because it represents wishes to delegitimize particular individuals and groups in American society, including journalists like Acosta, by questioning their allegiance. Questioning a group or individual’s loyalty threatens to deem their politics or opinions illegitimate, because these views are seen as incompatible with American values. “Cosmopolitan” is a direct hit against those with a globalist worldview. This slippery slope threatens to marginalize dissenting opinion that does not conform to a particular vision of America —one against open borders and multiculturalism.

For Miller, opponents to selective immigration policies are labelled “cosmopolitan” because their stances on immigration are somehow less patriotic than the Trump-right’s hawkish immigration tendencies. While the United States never had truly open borders and has controversially restricted immigration by religion and nationality, it boasts one of the most unrestricted immigration systems in the world. In 2015, over 730,000 immigrants became naturalized. The RAISE Act would drastically limit legal immigration. Miller’s semantic labelling acts to delegitimize groups whose values are seen as fundamentally incompatible with “American values,” the goal being to topple a liberal establishment that, according to the Trump-right, has placed self-interest above the welfare of the American people. It is the disconnect between “ordinary folk” and the elite that is a recurring theme in the immigration debate. For much of the Trump-right’s base, it remains the elite establishment that profits from loose immigration policies while ordinary workers are priced out by an influx of low-wage labour.

Trump’s victory in 2016 is often attributed to his ability to present himself as fundamentally different from the establishment. His rhetoric targeted against a “cosmopolitan elite” resonated with a large bloc of American voters. That Jim Acosta was scolded for exhibiting a “cosmopolitan bias” triggers the historical basis of the term itself. Traditionally, the term reached circles of intellectuals and scholars who sought to expose themselves to different cultures, traditions, and peoples. It inspired global cooperation, movement and migration, and an open exchange of knowledge and wealth. Today, it has become a pejorative employed by the Trump-right. It is a way of grouping together people that do not reflect the nation’s traditions and identify as a separate clique. What the Trump-right has done that is especially alarming is capitalize on this form of identity politics. By rooting out outliers from a country of patriots and nationalists, it has gained political momentum and outlined its vision for America. The Trump-right has done nothing but twist the word’s meaning and capitalize on it, using it as a dog whistle to invoke nationalistic fervor and discredit a liberal establishment.