The Two-State Solution is Dead. What Now? 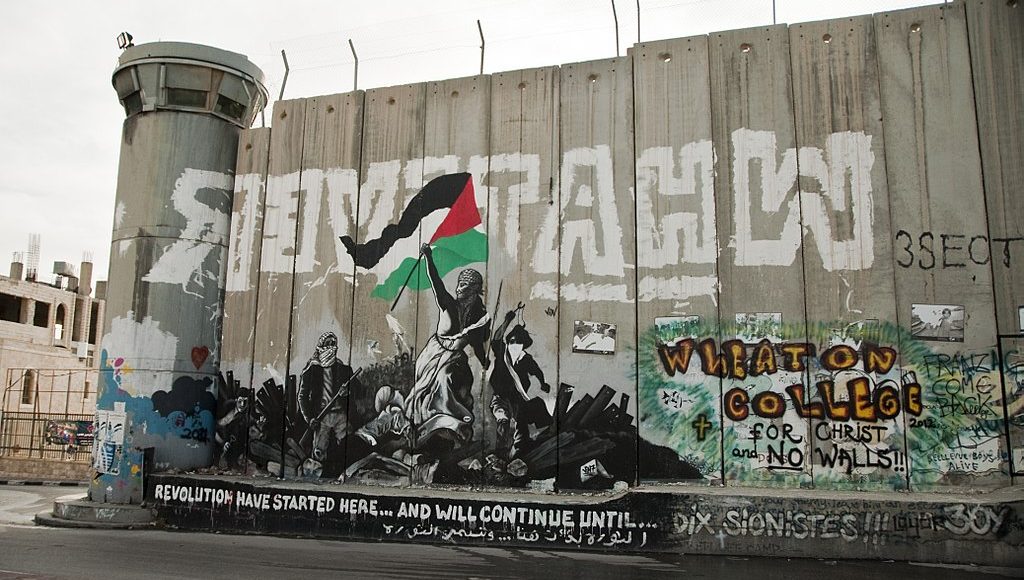 On December 6th, the US House of Representatives voted 226 to 188 in favour of a measure calling for a two-state solution to the Israel-Palestine conflict. This measure echoes the common discourse of Western governments both domestically and on the international stage: when the annual United Nations General Assembly vote on Palestinian rights comes around, Western countries inevitably reiterate their support for a two-state solution.

Since settlers refuse to live under the authority of a Palestinian state, peace proposals in the past have suggested applying Israeli sovereignty over settlements. Some propose a land swap by which Israel would receive control of the settlements and a Palestinian state would take control of Arab-majority towns currently in Israel. However, the logistics of this proposal alone are daunting. Beyond the diplomatic wrangling over redrawing borders that would have to take place, the logistics and long-term impact of transferring people from one nation to another will be troublesome. An example of this was the 2005 forced evacuation of 8000 Israeli settlers in Gaza, which saw violent protests and rioting as settlers resisted the evacuation order. The scale of a similar evacuation, even in a small part of the West Bank, would be significantly larger and even harder to plan and execute. Furthermore, having significant portions of both countries’ populations in exclaves in the other is not likely to prove popular and leads to other issues that may prove just as difficult to tackle, such as transportation, trade, and security.

However, Israelis have not been the only ones to propose bringing the Palestinian territories and Israel under one flag. The one-state solution, as it is commonly known, has been supported by prominent Palestinians in the past, including Palestinian-American academic Edward Said, who emerged as one of the strongest proponents of the one-state solution in 1999. Proponents of the concept envision a unitary state composed of at least the West Bank and the existing state of Israel, with the Gaza strip sometimes included as well.

This state would be secular and democratic for all its citizens. Arabs and Jews would have the same political and social rights. Approximately 20% of Israel’s population is Arab. Between Israel and the Palestinian territories, the Jewish and Arab populations are roughly the same. A one-state solution would likely see a state with no discernible religious majority. This is a key component of Said’s argument in favour of a one-state solution. Despite the political rhetoric in Israel over the years arguing the need for a Jewish homeland, the policy of constructing settlements in the West Bank has increasingly and perhaps paradoxically tied the destinies of the Jewish and Arab peoples of the two nations together.

There are several key components of the one-state solution. First, the enfranchisement of Palestinians would have to be guaranteed. Similarly, this scenario assumes no limitations on the ability of Palestinians to travel or conduct business, either in the West Bank or in Israel. These conditions could relieve much of the economic strain created by the occupation and allow Palestinians the freedom to travel both within the country and abroad. It could also open Palestinian businesses to both Israeli and international markets and could jump-start the Palestinian economy. With the demise of the two-state solution, a one-state solution also represents the only way to grant citizenship and full legal status to Palestinians living in the West Bank and Gaza.

There are several barriers preventing this scenario from becoming a reality. An obvious first is getting Israeli and Palestinian negotiators to agree to such a proposal. Leaders on both sides would then need to sell the deal to their respective constituents, which will be no easy task. Many in Israel have stated their opposition to the proposal and polls have shown high levels of opposition among Palestinians towards a bi-national state. Furthermore, longstanding points of contention such as the right of return for refugees and compensation for confiscated land would have to be negotiated as well. The status of Gaza and the role of Hamas will also be major sticking points that could end negotiations before they truly begin.

However, there are increasing signs that Palestinians are warming to the idea of a one-state solution. Following Donald Trump’s recognition of Jerusalem as the capital of Israel, Saeb Erakat, a senior Palestinian official, publicly rejected the two-state solution and advocated for the pursuit of a “one-state for everyone living within historic Palestine.” However, Israel is unlikely to come to terms with such a proposal without significant pressure from its Western allies.

With the increasingly clear impossibility of a two-state solution and the ongoing occupation, it is perhaps time for Israelis and Palestinians to consider a different approach to ending the conflict once and for all. Western governments must come to terms with the demise of the two-state solution and encourage both sides to consider new ways to achieve a lasting peace that ends the occupation of the Palestinians territories. For all the talk in the past of a Jewish and Arab state, the solution to one of the world’s most divisive conflicts may be found by creating one state rather than two.

Featured image by Garry Walsh on Wikimedia Commons, licensed under CC BY 2,0