The Unraveling of the Nuclear Arms Control Regime 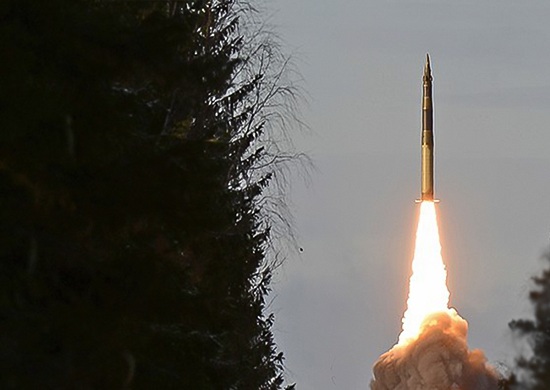 “Today we have a unique situation in our new and recent history—they are trying to catch up with us.”

These words, included in Russian President Vladimir Putin’s address to his defence ministry board, characterized his current claims of Russian technological dominance over perceived Western rivals. One of the main bases for his claim is the new “Avangard” hypersonic glide vehicle.

This nuclear-capable weapon is reportedly immune to any countermeasures due to its high-speed capabilities. Both China and the US are already looking to develop similar weapons. This new interest and investment in nuclear-capable delivery systems should be enough to worry us, but unfortunately, there is more to the story. We should note that these announcements reveal the truth of the international framework for nuclear arms control.

The international rules and regulations regarding nuclear weapons currently in place can be divided into two parts: the first being a direct product of bipolar Cold War tensions. It consists of the treaties that limit the number and types of weapons the US and Russia have. Even 30 years after the Cold War ended, these states possess around 90% of all nuclear weapons.

Two main tenets of this system were the Intermediate Range Nuclear Forces Treaty (INF), and the various Strategic Arms Reductions Treaties (START). The INF banned the use of short-medium range missiles: from 500-5,500 meters. The main problem with these weapons was that they were very accurate and very fast—a Pershing II missile deployed in Western Europe could hit the USSR’s heartland in less than 10 minutes. This meant they could and were perceived to be aggressive first-strike weapons that gave the other side scant time to respond. The time pressure created a sense of insecurity that made retaliatory strikes more likely. Thus, these weapons were banned—in Europe at least—by the US and the USSR.

But now, the INF treaty is no longer in effect. The US and NATO have claimed Russian non-compliance with the treaty since 2014. The Russians denied these allegations, and on August 2nd, 2019, the US withdrew from the treaty “with the full support from NATO allies.” The Russians also suspended the treaty in a “mirror response.” Furthermore, the last START treaty, signed in 2011, is set to expire in 2021. There has been no official statement that any of the treaties will be renewed. As far as maintaining nuclear regulations go, this is unsettling enough, but the situation could further deteriorate if the other part of the international regime collapses.

The second tenet predicates much on the first, and is perhaps more crucial than the first, as it pertains to more international relationships than just between the US and Russia. The main basis of this regime is the Nuclear Non-Proliferation Treaty (NPT). Though there are adjacent features, the NPT’s primary aim is to prevent more states from acquiring nuclear weapons. This treaty divided the signatories into two categories. The states that have developed their nuclear weapons programs prior to 1967 were classified as “Nuclear Weapons States” and were allowed to retain their capabilities. The rest of the signatories committed to using their nuclear capabilities only for peaceful uses such as clean energy. If a state wanted to join the treaty, it could only do so as a Non-Nuclear Weapon State (Non-NWS), and so would have to give up on existing nuclear weapons, as South Africa did after the end of apartheid.

Currently, there are five nuclear-armed states under the treaty: the US, Russia, the United Kingdom, France, and China. India, Pakistan, and Israel refused to sign and currently possess nuclear weapons. North Korea remains the only state to date to disregard the treaty and become a nuclear power. In a security environment where established nuclear powers break their former promises on restraint and invest further in nuclear capabilities—such as the INF treaty being nullified or inaction towards a START extension—there is reduced incentive for even Non-NWSs to continue compliance. This could spark a chain reaction in policy re-examination due to the security dilemma. In such a context, a state concerned with a neighbour’s existing or expanding nuclear arms program may opt to arm itself. This may cause that neighbour to feel threatened, and, in turn, expand its arsenal even further—only escalating the original situation. Additionally, the closer these states are to each other, the shorter the warning time these countries would have to respond in the event of an attack. Considering the volatility of current disputes between states, enhanced nuclear capability on either side would certainly be of no help.

Despite their destructive power, there are theories that summarily claim that nuclear weapons actually preserve peace. The idea is associated with the exorbitant costs of a nuclear strike and its consequent retaliation. According to this logic, dispute escalation is prevented simply by the presence of nuclear weapons. However, assuming this mutual deterrence holds and that no one wishes to launch a first strike in any circumstance, there is still ample reason to be worried. The mere existence and possession of more nuclear weapons means there is a higher chance of something going horribly, horribly wrong.

According to most deterrence theories, while it is highly improbable that nuclear payloads would be used first by any party, it is also equally probable that any perceived nuclear attack would elicit a nuclear response; a second strike. Perceived is the most crucial word here, as the early warning systems of the nuclear powers are far from perfect. Due to potential systems, communication, or human errors, a country could wrongly perceive that it is under attack and respond in kind. The problem here is that due to the speed of current delivery systems, the recipient has precious few minutes to decide on a response. This puts on decision-makers under increased pressure and may lead to a counter strike based on false information.

While this may sound like a lot of speculation, there have been instances where the world actually stood closer to the brink of extinction than many realize. Multiple near-disaster incidents have occurred between the US and the USSR, later Russia, in the last 50 years. In 1983, the relatively new Soviet early warning system falsely detected missile launches from the US. The Soviet officer on duty, Lt. Colonel Stanislav Petrov, refused to confirm it as an actual attack until he could corroborate with a different source. In 1995, Russians mistook a Norwegian data-collecting rocket as a nuclear launch, leading to the only known incident when a “nuclear suitcase” was actually activated by a head of state, then Boris Yeltsin. These kinds of incidents were not confined to the USSR/Russia, as the US also had its own early warning glitches with similar consequences.

Furthermore, the weapons themselves can be unreliable. Between 1950 and 2000 there were 32 nuclear weapons accidents on both sides of the Cold War, and there are six warheads that have been lost and never recovered.  When thinking about these examples, it’s important to keep in mind that any new nuclear power will have less experience in operating and maintaining them, thus making these issues even more likely.

Even subscribing to the argument that nuclear weapons preserve peace through deterrence, it is still hard to argue that a new arms race, featuring a replenishment of existing stockpiles and the less strongly-regulated creation of new ones, will be a positive contribution to world peace and security. It is important to remember that the maintenance of nuclear weapons leaves scant room for error or malfunction. A single, simple misunderstanding or mechanical failure could trigger a nuclear crisis, and the fallout would affect the world for years to come.

The featured image “Yars Intercontinental Ballistic Missile launched from Plesetsk” by the Ministry of Defence of the Russian Federation is licensed under CC 4.0 International.