The Uri Attack and What It Means for Indo-Pak Relations 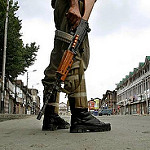 Since the independence of India and subsequent creation of Pakistan, the two nations have been perpetually in conflict. While the modern world would like to believe that it has moved past many old prejudices and sources of conflict, many points of contention in the Indo-Pak relationship stem from problems that originated from the beginning of partition in 1947. The state of Kashmir has historically been the greatest area of conflict, with four wars already fought over it, due to its strategic location bordering China, India, Pakistan and Northern Afghanistan. China previously claimed ownership of Kashmir, but has since backed Pakistani ownership in an effort to balance power with India.

Both India and Pakistan declare control of Kashmir, leaving the state and the residents within it locked in a perpetual game of tug of war between the two regional superpowers. More recently, India and Pakistan have entered into conflict over terrorism, and India’s staunch belief that Pakistan has potential as a terrorist hotbed. On September 18th in the small town of Uri, 17 Indian soldiers were killed in an attack by armed rebels. While India blames Pakistani backed rebels for the attack, Pakistan denies involvement. With the heightening of tensions, and the increased potential for armed conflict between two states with nuclear capabilities, one can only hope that a peaceful solution can be reached between the two states.

The unrest in Kashmir is currently ongoing and has reached new heights this year. Predominantly, conflict in Kashmir is characterized by heavily armed attacks by Muslim Kashmiri rebels against Indian security forces in the area. These Fedayeen-esque attacks reflect the state of discontent of the Kashmiri people. Since 1989, more than 68,000 people have been killed in Kashmir, and most of the Muslim population residing in the portion of the state controlled by India resent the presence of Indian troops and want either independence or a merger with Pakistan. While it is clear that India will not relinquish control over the region, it seems equally as improbable to pave over the tensions of the region, as leaders were quick to exchange scathing remarks over the state of affairs in Kashmir.

While Pakistani Prime Minister Sharif staunchly denied Pakistan’s involvement with the attack, Indian Prime Minister Narendra Modi replied with scathing remarks.”I want to tell the people of Pakistan, India is ready to fight you. If you have the strength, come forward to fight against poverty. Let’s see who wins. Let’s see who is able to defeat poverty and illiteracy first, Pakistan or India,” Modi said. Here Modi is drawing attention to the fact that India has vastly outclassed Pakistan in the race for technology and development. Prime Minister Modi went even further by announcing a boycott of the South Asian Association for Regional Cooperation in November, which will be held in Islamabad, Pakistan’s capital city. He also announced that India would begin to move to maximize the amount water it is entitled to as part of the Indus-Water Treaty. Modi seems to be doing all he can to prevent armed escalation, as a war between the two nations would endanger the lives of over 1.4 billion people and drastically raise the probability of nuclear conflict. Left with only diplomatic and political tools to quell the violence between the two nations, New Delhi’s rhetoric and actions seem to be the perfect way to avoid conflict while still signaling India’s zero tolerance policy for terrorism.

While Modi has been attempting to appease domestic need for response and international hard lining, conflict in Kashmir also has domestic political repercussions for Pakistan. The conflict is closely tied to the reelection of the chief of army staff (COAS). The COAS is the highest military position in Pakistan, and has yet to see a chief leave when their term is up, as much of the time the COAS would go on to become President via coup d’état. While Gen. Raheel Sharif is due to end his term as COAS in November, with the threat of war from India, he has cause to extend his term. There is currently an internal struggle between the civilian government and the military over who is truly ruling the nation and enforcing its foreign policy. Due to the rising intensity of the struggle, the Uri attack has furthered Raheel Sharif’s justification to stay in office. International crisis and the manner in which they are responded to have a direct impact on how constituents view domestic policymakers.

While the Uri attack was but one instance of bloodshed in a history of violent skirmishes, it has amplified the hostilities between New Delhi and Islamabad. It has provided fodder for India’s belief that Pakistan is “the Ivy League” of terrorism and has complicated Prime Minister Nawaz Sharif’s bid for domestic tranquility and a seamless transition to be the next chief of army. While conflict over and in Kashmir may not come to an end any time soon, increased pressure should be placed on diplomats and statesman to reach a peaceful solution. Whether Kashmir will continue to be a state under divided ruled seems to be increasingly called into question as residents and the wider public continue to grow discontent with the conflict.