The US and Saudi’s strategic alliance: Why the Biden Administration will Turn the Other Cheek 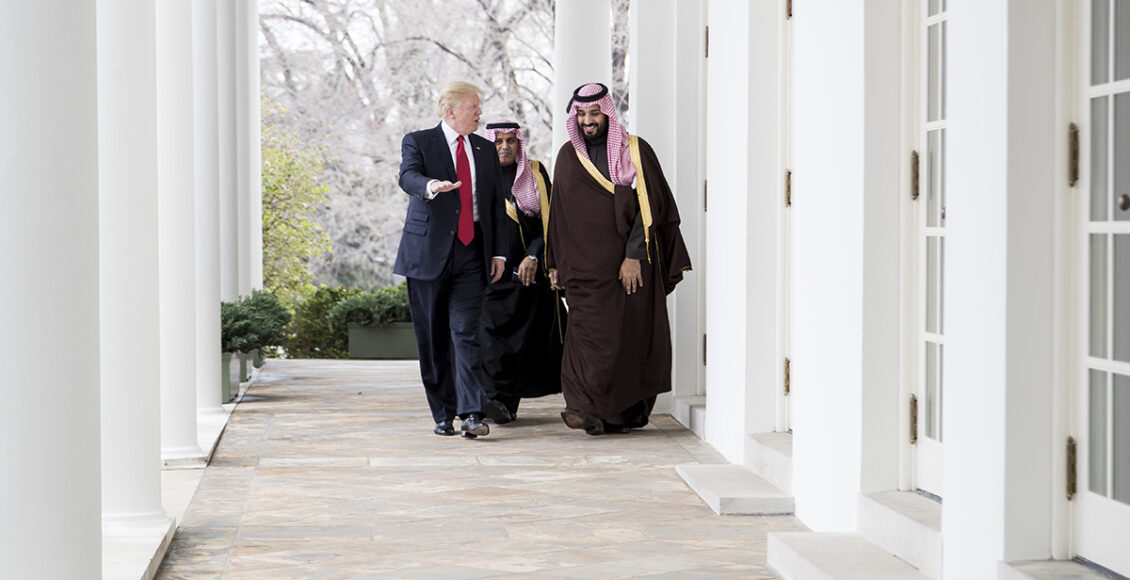 On February 26, the Biden administration released a long-awaited intelligence report regarding the murder of Washington Post journalist Jamal Khashoggi. The report alleges that “Saudi Arabia’s Crown Prince Muhammad bin Salman (MBS) approved an operation in Istanbul, Turkey to capture or kill Saudi journalist Jamal Khashoggi.” The Biden administration initially attempted to realign Saudi ties following Donald Trump’s presidency, yet the recent report prompted increased calls to punish MBS — against US foreign interests. The pressure to impose sanctions upon the crown prince is at odds with the two countries’ vital bilateral partnership. Severe sanctions could breach the relationship between the two countries, meaning the Biden administration may have to turn the other cheek despite clear evidence that the Kingdom authorized Khashoggi’s murder.

Jamal Khashoggi was a Saudi journalist who held close ties to the royal family and served as an advisor to the government before falling out with the Kingdom. In 2017, Khashoggi fled Saudi Arabia in self-imposed exile, where he wrote a monthly column in the Washington Post criticizing Mohamed bin Salman and the Kingdom’s politics. On October 2, 2018, he visited the Saudi consulate in Istanbul, where a team of Saudi agents killed him. A declassified report from US intelligence claims the operation to kill or capture Jamal Khashoggi was approved by Saudi Arabia’s Crown Prince Mohammad bin Salman.

The report demonstrated MBS’s direct involvement in the decision-making behind the Khashoggi operation, which ultimately aimed to silence any dissent regarding the Saudi government. Because MBS reportedly felt threatened by Khashoggi’s constant criticism of his policies and “absolute control of the Kingdom’s security and intelligence organizations,” it was deemed improbable that MBS disapproved of the operation.

In November 2018, Congress was briefed on the formerly classified report a month following Khashoggi’s death. The US treasury sanctioned 17 Saudis but took no action against MBS. Donald Trump continuously questioned the intelligence report released to avoid damaging the strategic alliance he cultivated throughout his presidency. Congressional Democrats have actively pushed for the Biden administration to remove this report, which has so far remained purposefully concealed by the Trump administration. Yet, the decision to release the information could have unintended consequences, as Biden’s historically critical stance on the Kingdom’s record had already soured his relationship with the crown prince.

Though the Biden administration promised to realign its ties with the Saudi government, he has since claimed the Saudi Arabian government had “very little social redeeming value” due to alleged human rights abuses. More specifically, the Biden administration’s dissatisfaction with the Saudi Arabian regime lies in their role exacerbating humanitarian costs within Yemen. The Saudi-led military operation in Yemen following the transitional government’s ousting by the Houthi movement has heavily contributed to the crisis in the country, with Saudi blockades and sanctions on Yemen further crippling the delivery of vital humanitarian assistance. This involvement has contributed to one of the worst humanitarian crises in the world — with an estimate of over 100,000 people killed in the conflict.

Despite the country’s controversial human rights record and the recently published Khashoggi report, Biden’s national security team advised the administration against formally barring MBS from entering the country because doing so would threaten the countries’ bilateral ties. Because losing Saudi Arabia as an economic partner and regional balancing ally would be too risky, the administration announced sanctions on lower-level officials instead of the prince. Additionally, the “Khashoggi ban“ includes visa restrictions on individuals who are believed to have engaged in “serious extraterritorial counter-dissident activities.”

Deemed a strategic asset in the region, The United States has historically overlooked controversy surrounding Saudi Arabia. US-Saudi relations trace back to the 1930s dating back to when the Kingdom of Saudi Arabia was founded and became a vital regional balancing ally during the Cold War. Yet, the country became an indispensable ally following Iran’s 1979 Islamic revolution, as Saudi Arabia’s security became a priority in US foreign policy. Throughout the past 20 years, Saudi Arabia has been a vital counterterrorism ally for the United States.

The country has access to valuable intelligence regarding the joint effort against counterterrorism, a tremendous regional influence, and financial support for counterterrorism initiatives and suppressing extremism. In 2017 the two countries signed a “Joint Strategic Vision Declaration,” which attempted to cement their shared engagement in counterterrorism. Additionally, the government is partnered with the United States in its operations against Al Qaeda affiliate groups within the Arabian Peninsula and its Global Coalition to Defeat ISIS. The Kingdom remains the US’ second-largest trading partner; in 2017, Donald Trump signed a deal to provide $110 billion in arms sales over the next ten years. Saudi Arabia also plays a crucial role in the global oil market and strategic allies of South Korea and Japan that heavily rely upon the import of oil from the Gulf nation.

Despite the clear overlap in foreign policy, security, and economic interests, the two countries diverge on critical issues surrounding human rights. The administration does not intend to isolate or punish MBS, and instead aims to reduce direct contact with the crown prince. As current King Salman is ailing, the US could find itself dealing with MBS as the new king. This possibility explains the Biden administration’s reluctance to impose direct punishment upon MBS. US-Saudi relations are contingent on support by the ‘al Saud’ monarchs and the elected US president. Maintaining Saudi Arabia as a strategic partner remains far more important to US foreign interests than punishing the crown prince, signalling a shift away from Trump’s excessively personal diplomacy vis-a-vis MBS. So, as Biden attempts to maintain the country’s relations while reducing personal ties with the crown prince — what should observers expect from this strategy?

In the eyes of US interest, the importance of Saudi Arabia as an economic partner, a regional ally, and an active member of counterterrorist operations within the region overshadow the involvement of MBS within the Khashoggi operation. Any severe repercussion imposed by the Biden administration would essentially breach ties with the Kingdom. Ultimately, the country’s strategic objectives within the Middle East cannot currently advance without its ties to Saudi Arabia. Therefore, the Biden administration will eventually turn the other cheek to advance their foreign policy interests.