The War on Journalism in the Philippines 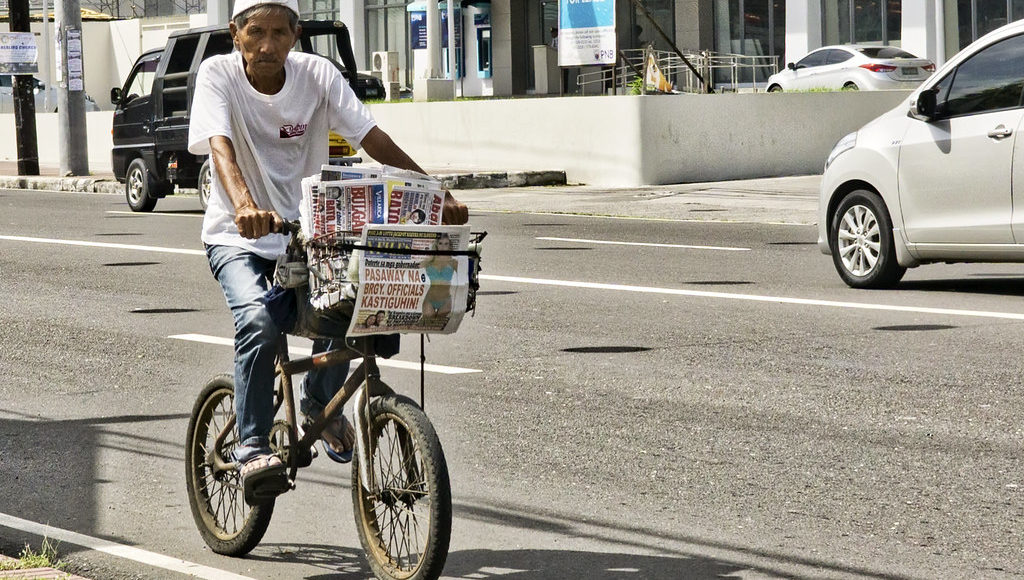 On January 6, 2017, university professor and radio announcer Mario Contaoi was riding his motorbike on a national highway in Cagayan, the Philippines, when men riding on a tandem motorcycle opened fire and shot Contaoi from behind. Contaoi succumbed to his wounds a couple hours later, dying at Northside Bay Hospital in Bantay, Ilocos Sur at 3 AM the next day.

Just three weeks before this incident, journalist Larry Que of the Catanduanes News Now newspaper was walking into the building that houses his insurance office when two men on a tandem motorcycle executed Que via a gunshot to the head. Prior to his death, Que criticised local government officials for their negligence over an illegal drug factory, while Contaoi was an environmental advocate who criticised mining and the militarization of mining communities.

President Rodrigo Duterte, however, has little sympathy for journalists. “Just because you’re a journalist you are not exempted from assassination, if you’re a son of a bitch,” Duterte said, in light of the issues with media protection. To Duterte, many journalists deserve the fate they receive because they accepted bribes, extorted, were biased, or needlessly targeted people. The Philippine government has not only waged a war on drug usage in the country, but it has also declared a war on journalism.

This war on journalism, however, is not only on the ground. Online, this war takes a different shape: social media and dubious ‘news’ websites. The bogus stories that make the rounds on Facebook and Twitter are astonishing in their malevolence. One website claims that Philippine senator and staunch Duterte critic Leila De Lima protected drug dealers to make money during her stint in the Department of Justice. On another, two staff members of Senator and fellow detractor Antonio Trillanes were reportedly arrested for carrying narcotics. One website even goes as far as to claim that former U.S. President Barack Obama stated that the Philippines was “the most corrupt country” under the Aquino administration, a political dynasty known for their disdain for the Duterte government.

While many of these articles can be debunked by simple fact-checking, in the Philippines, this is where it gets complicated. In Asia, the Philippines is an outlier in terms of internet speed. With one of the highest prices and slowest speeds as well as a population that is first in the world in spending the most time on social media, fact-checking can become an expensive endeavour. However, mobile carriers in the country provide many users with the opportunity to use social media for free. This scenario creates the perfect storm wherein Filipinos, who spend an unusually large amount of time on social media, are exposed to online posts regarding “fake news” stories without the opportunity to check their legitimacy.

Law professor Nathaniel Persily briefly outlines this phenomenon in his paper Can Democracy Survive the Internet?. He claims established institutions such as mainstream media have lost most of their power. Fake news, social media ‘bots’ (self-operating accounts that spread illegitimate information), and propaganda have all combined to upset the established paradigms. In the Philippines, “keyboard warriors” are paid to create fake social media accounts that support certain political leaders. In the last election cycle, these accounts fabricated noise towards Duterte and criticised his opponents, constructing the illusion that support for Duterte is fervent. Without the option of inspecting information from Facebook, many take the questionable information they find on their feed as fact.

The circulation of misinformation and the blatant disregard for the protection of journalists is an indication of a much greater problem in the country: journalism is dying. The poisonous rhetoric that causes divisions and the unacceptable attacks on the media are an assault on one’s freedom of expression. When we are unable to treat our news with basic respect and when we cannot know for sure that the news we hear is real, that compromises our other freedoms. This problem goes further back than Duterte’s presidency itself, though his vitriolic rhetoric has only served as a means of creating tension.

Since former dictator Ferdinand Marcos’s rule, many leaders, both on a local and on a national level, have believed that defiant journalists are better off dead than read. In the Philippines, journalists who are critical of the current administration are either met with a gunshot to the head, discredited in the eyes of the public, or removed from their post.

In any democracy, journalists serve as our watchdogs. They, above all, are meant to report information that allows the general public to be self-governing. By reporting on what powerful institutions do, journalists allow us to decide who we should support and who we should vote for. For a nation to be a true democracy, journalism needs to be an unbiased, independent pillar. However, this is not the case in the Philippines. Much like many other nations in the world, the Philippines has reached the age of post-truth and rising propaganda. When journalists are direct or indirect targets of their government, that impedes their ability to do their jobs properly.

In order for the nation to win the war against journalism, the Philippines needs to start pushing back. It cannot allow others to weaponize the internet any further to control public opinion and manufacture facts. It cannot stand for unlawful harm against its journalists. Ultimately, it needs to stop undermining the role of real reporters. Journalism is on its last legs. If the Philippines wants to save itself, it needs to start supporting the truth.

The featured image “Paper Boy” by Beegee49 is licensed under CC BY-ND 2.0 .