This is not a new space race : how international competition is slowing down the search for a vaccine 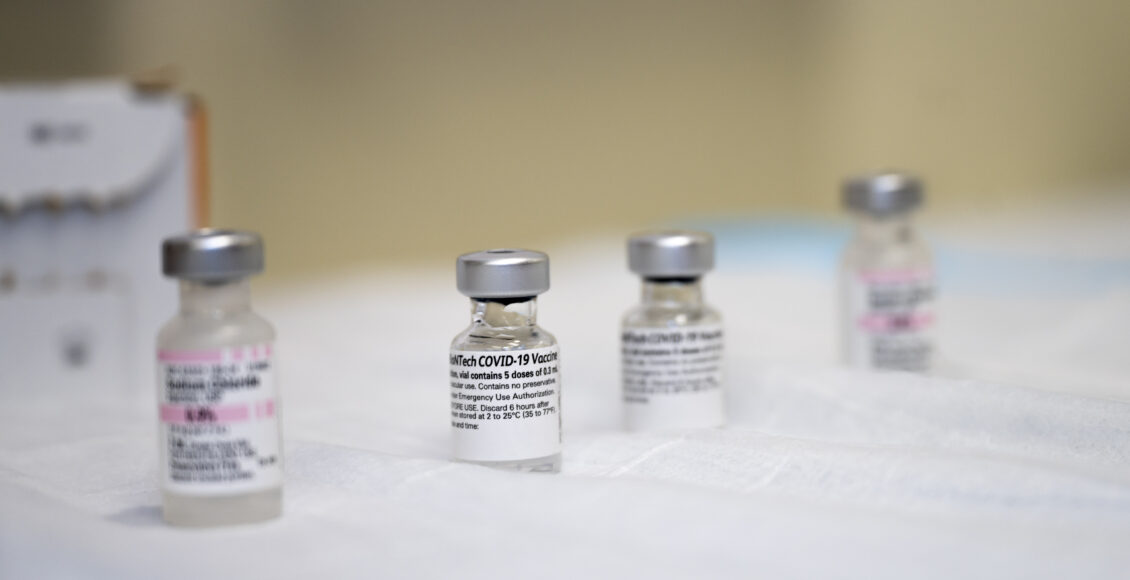 Almost 7 months after the COVID-19 outbreak was declared a global pandemic, the American pharmaceutical company Pfizer and its German partner Biontech made the headlines by announcing that their vaccine candidate had proven more than 90% effective in preventing symptomatic cases of the disease. The news was astounding, as this level of efficiency is unexpectedly high for a first-generation vaccine. Only two days later, however, the Russian government announced that its vaccine Sputnik V had done even better: it had an alleged efficiency of 92%.

From the timely announcement to the evocative name of the vaccine, Russia’s strategy has unmistakeable Cold War undertones. And the parallel between the space race and the current race for a vaccine goes deeper than mere implications: both cases demonstrate the blatant politicization of science, as countries use scientific competition to increase their geopolitical influence. During the Cold War, the ability to be the first to land men on the moon was used to prove the superiority of one system over the other. Today, many countries such as China and Russia aim to fill the gap left by the United States as the leader on the international stage; being the first to produce and distribute a COVID-19 vaccine would be a strong feat of soft power and global scientific leadership.

Many of the world powers therefore adopted nationalistic strategies for the development of a vaccine. The US and Russia stayed out of COVAX, the WHO-backed initiative for equitable vaccine development and distribution, and China joined the effort only in late October. The US administration has been perhaps the strongest example of this individualistic mentality: it announced its plan to leave the World Health Organization last July and focused its effort on Operation Warp Speed, a multibillion-dollar plan aimed at funding and buying vaccine candidates around the world — except from China — for the American population.

It is commonly accepted, particularly by economists and people in the private sector, that this kind of one-upmanship game can be beneficial to the advancement of science, an idea linked to the capitalist notion that competition drives innovation. It was certainly the case for the space race: the rivalry between the US and the USSR led to some spectacular scientific and technological advancement in a very short time span and allowed to send men to the moon, a feat that hasn’t been replicated since the end of the Cold War. We could then expect that a competitive mindset would have a similar effect on the vaccine race, pushing states to try to outdo each other and leading to faster scientific breakthroughs; however, those two races are drastically different in this regard.

The space race was almost entirely motivated by geopolitical factors. Aeronautical research was first seen as a matter of national security, as military tensions between the USSR and the US were increasing: the launch of the first artificial satellites in the 1950s was a continuation of the development of intercontinental ballistic missiles. As the race went on, it increasingly became an ideological struggle that culminated with the moon landing, an objective specifically chosen by the US administration for its capacity to capture the public imagination. Ultimately, the Cold War rivalry is what pushed both governments to set ambitious goals and massively invest in research and development on a scale that had never been seen before, or since NASA’s largest budget ever was reached in 1966, at the height of the space race.

However, with more than 1.5 million deaths worldwide and trillions of dollars in loss, the motivation for a COVID-19 vaccine is far more down-to-earth. The spread of the virus and the lockdowns that followed have a devastating effect on countries’ economies and the wellbeing of their citizens, meaning that most countries and businesses across the world have a strong intrinsic incentive to support the development of a vaccine. Therefore, governments and private laboratories’ resources would have been focused on the vaccine at full capacity regardless of the situation on the international stage. The geopolitical competition did not motivate scientific research as it did during the Cold War: it only reframed the efforts that were already ongoing to present them as part of a race between nations.

These nationalists’ tendencies actually hinder the search for a vaccine, because the atmosphere of distrust and competition between the US and China prompted both governments to take measures against international research collaboration. In April, the Chinese Academy of Science stated that any COVID-related research would have to be evaluated by the government prior to public release, raising international worries about future collaboration. China also changed the criteria of evaluation for researchers to prioritize publishing in domestic journals, which is predicted to lead to a significant decline in papers published by Chinese researchers in international journals. The US government has also taken such measures, namely by suspending visas issued to Chinese researchers and some graduate and postgraduate students, citing military security concerns.

The vaccine race discourse also discourages the sharing of scientific data. Countries and private laboratories are compelled to keep the details of their vaccine candidates confidential in order to stay ahead in the race; so instead of what could have been an occasion to pursue Open Science and to promote broader information sharing, the pandemic has led to one of the fastest peacetime mission shifts in recent times for the world’s intelligence agencies, as they attempt to steal other countries’ research and protect their own. Cyber-attacks in the sector of health-care and life-science have increased 300% since May compared with the same period last year. China, Russia, and Iran have been publicly accused by Western governments of hacking American, British, and Canadian organizations, and such discourse has amplified international tensions even more.

Finally, this global competition leads governments to restrict foreign investments, which are crucial for many laboratories. In late April, bowing to pressure from the White House, the U.S National Institutes of Health abruptly cut its funding to the Wuhan Institute of Virology, with whom they were collaborating on cutting-edge research about emergent infectious diseases. One month later, the US, Russia, and India shunned a fund-raising conference for vaccine research organized by the European Union; while China was present, it made no financial pledge. And despite their discourse of global collaboration, the European Union and its member states France, Germany, Italy, and Spain, along with Australia and Canada, have all tightened restrictions on foreign investments since the start of the pandemic, fearing that these would be used to fund rival pharmaceutical firms.

“I never hear scientists — true scientists, good quality scientists — speak in terms of nationality,” stated Dr. Francesco Perrone, a researcher leading a coronavirus clinical trial in Italy. Research has become increasingly globalized in the last decades: scientists obtain funding from foreign agencies, take part in international conferences on their area of expertise and run experiments with laboratories across the world — one out of five research articles in 2019 had authors from more than one country. This cooperation is particularly strong between the US and China, who are the two leading research collaborators in the world and who work more with each other than with any other country. The nationalistic measures adopted by both countries are therefore particularly harmful to scientific research.

This race mentality can also lead to security concerns for the population. Since the goal is not only to develop a vaccine but also to be the first country to do so, scientists and government officials might be pressured to lower safety standards for geopolitical interests. For example, many in the scientific community — including director of the US National Institute of Allergy and Infectious Diseases Dr. Anthony Fauci — have criticized the hastiness of the Russian government, which approved Sputnik V for mass vaccination before full safety trials had been completed. This pattern of prioritizing speed over security is not new in these scientific races: it happened in the space race as well, costing the lives of more than a dozen astronauts. However, the consequences that could result from a faulty vaccine being distributed to the population would be on a much larger scale.

The vaccine race discourse and the restrictions that came with it are ultimately not about science: they are about serving a foreign relation agenda that is disconnected from the reality of scientific work. When it comes to research, collaboration is a stronger factor for success than competition, and any push to restrict the free flow of information and resources will end up being counter-productive to the collective pursuit of knowledge. These restrictions are most noticeable when they are caused by geopolitical factors, but they are also the continuous consequence of the capitalist logic being applied to research. Since the beginning of the 20th century, universities and researchers are increasingly forced to act like businesses, being judged on their ability to make a profit and competing with each other for prestige and funding. As a result, scientific papers and discoveries are hidden behind journal paywalls or patents, and researchers consider collaboration opportunities through the lens of their own career advancement, as they maneuver the “publish or perish ” reality of academia.

Science is not a zero-sum game and should never be treated as such.  Whether they come from the open market or the will of political leaders, restrictions on scientific collaboration slow down research; during a global pandemic, this results in a tangible loss of lives. And while international collaboration is helpful to the development of vaccines, it is absolutely essential to the broader fight against COVID-19 since, as UN Secretary-General António Guterres declared, “none of us is safe until we all are.” The countries that engage in nationalistic behaviors are shooting themselves in the foot: ultimately, every country is on the same side of this vaccine race.

Featured image: Pfizer-BioNTech COVID-19 vaccine by the U.S. Secretary of Defense under CC by 2.0.

Louise Toutee is a U1 student pursing a Cognitive Science degree with a minor in political science. Originally from France, she has lived in Quebec all her life and is interested in Quebec and Canadian politics, as well as international issues related to climate justice. When she's not writing for the MIR, she can be found reading in Redpath or commuting to her distant, far-off home on the South-Shore