Thoughts on the New Liberal Government 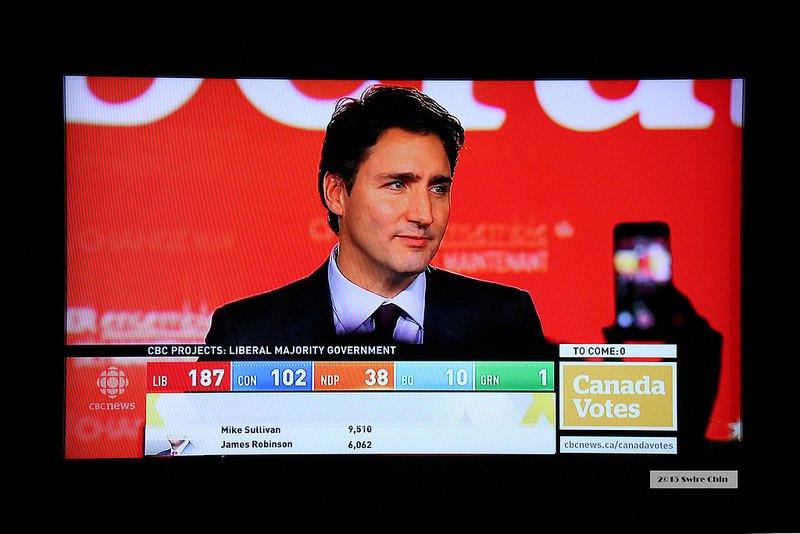 Because of some time constraints that have been placed upon me (mostly because of my own procrastination) I will not have time to write a post about the original topic I had intended to write about: grassroots labour movements in developing countries. Since I think this topic deserves more research and an extended analysis and overview, I will save this for my next post when I will hopefully have more time to do so.

Instead, in lieu of the recent results of the Canadian election, I thought I would write down some haphazard observations of mine and what the election of a Trudeau Liberal government means for Canadian progressives and leftists as well as some brief observations for of course, the labour movement in Canada (this is the main focus of the WOTW blog after all). 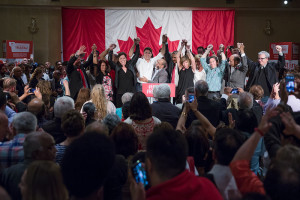 ge. This is not to say that some of their policy is not at all progressive (even though Trudeau did campaign with Jean Chretien, one of the champions of austerity). To the contrary, their economic policy was one that was more progressive than the usual platform of the Liberal party (in some regards you can say it could have been as or even more progressive than the NDP’s platform in some particular aspects). To list a few things: closing tax loopholes, cancelling income splitting, increasing the Guaranteed Income Supplement for low-income seniors and probably the most notable policy, creating a new income tax bracket that would see those making $200 000 dollars pay more, the only economic policy where they really differed from the NDP in terms of progressivism. In a lot of other ways however, they fall short.

During the last parliament, Justin Trudeau and co. did in fact vote with the Conservatives on some contentious legislation. First, there’s the all-encompassing Bill C-51. If you haven’t heard about this sweeping piece of legislation, well, it’s pretty daunting. It essentially gives powers to CSIS (Canada’s spy agency) to disrupt suspected threats to the nation, in many instances without the need for judicial warrants and also lowers the threshold for police detention. The bill effectively broadens the definition of “activity that undermines the security of Canada” *cough* terrorism *cough* to anything that threatens the “economic or financial stability” of Canada (yes that is text taken right from the bill). That broadens the scope to potentially affect even environmental groups or First Nations groups. After a barrage of legal experts came out against the Bill, Justin Trudeau and the Liberals still voted for it, citing the lack of oversight to the Bill a problem but did not propose any significant repeals of any parts of the legislation. Also, despite Justin Trudeau’s heartfelt position against Islamaphobia throughout the campaign, he and other Liberals still voted YES on Bill S-7, the “colourfully” named, Zero Tolerance for Barbaric Cultural Practices Act. Trudeau was not even present for the debate of the bill. Also, as you may have guessed that I would have brought it up; Trudeau has not come out against the TPP, a trade deal like no other that would hurt Canadian local businesses and give more power to multinationals.

Another issue which has become prominent after this election (as it always does) is our current unfair and unrepresentative First-Past-the-Post electoral system. The Liberals won over half of the seats in parliament with 39% of the vote; I think we can all agree this is unfair. Strategic voting this election made it so that many good, progressive and hard-working MPs lost their seats. Justin Trudeau has announced an ambitious plan for democratic reform and says that it includes perhaps looking at proportional representation but this 2014 e-mail sent by Trudeau’s team says otherwise. A Liberal government would probably propose a ranked balloting system – a system designed to chose one winner – and therefore a system that is not proportional and is not “real” change. If we want these changes and others to legislation like C-51 under this government, we must fight it at the grassroots level because real change may not come through the legislature. I could go on and ramble some more but Naomi Klein and Avi Lewis do a better job at it in this article that you should read.

I hope I am pleasantly proven wrong by this “new” Liberal government but I doubt I will be. Forgive me for not touching much upon the labour movement which is the intended focus of this blog but if it is any consolation, the issues listed here like proportional representation and even Bill C-51 do affect labour as well as they affect everyone.