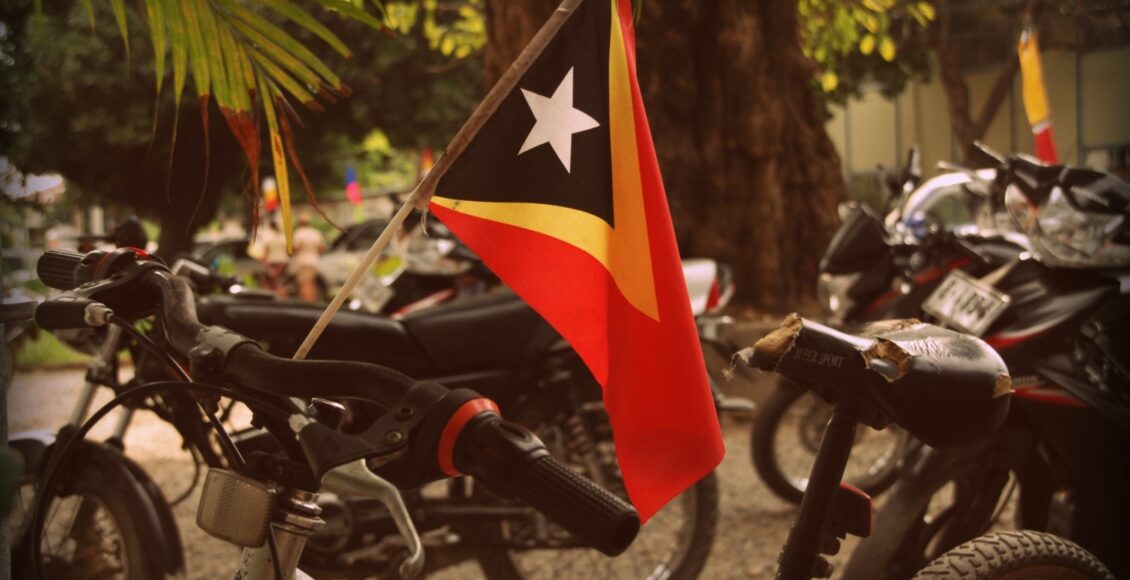 The country of East Timor, or Timor-Leste, is a success story in the global fight against COVID-19. As of February 20, Timor-Leste has only 103 confirmed cases, and is one of the few countries to not report a single casualty from the virus. The fact that Timor-Leste has remained relatively untouched by the virus is remarkable, given the precarious nature of the country’s public health infrastructure. Prior to the pandemic, the national hospital in the capital of Dili only had one ventilator. Timor-Leste also remains one of the poorest countries in Asia, with 42 per cent of the population living below the national poverty line in 2014. While Timor-Leste has been able to avert a large-scale public health crisis, the pandemic will undoubtedly have long-term impacts on its economic development, with global dynamics playing a significant role in the young nation’s future as the pandemic continues.

How did Timor-Leste contain the virus?

Despite the country’s fragile public healthcare facilities and limited testing capabilities, Timor-Leste managed to prevent COVID-19 from entering its borders. The country’s success can be attributed to the decisive action taken by the government to impose a state of emergency on March 21, resulting in the prompt closure of all public and private activities, including schools. Most crucially, the state of emergency closed Timor-Leste’s land border with Indonesia, restricting the typically porous border into one of the Southeast Asian countries hardest hit by COVID-19.

Although Timor-Leste has a decentralized government enshrined in its constitution, efforts to combat the pandemic were entrusted to a special ad hoc committee called the Integrated Centre for Crisis Management. This committee ensured the implementation of effective measures to contain the virus throughout the pandemic, despite the country’s ruling parliamentary coalition collapsing in June 2020. The imposition of strict quarantine measures by the Integrated Centre for Crisis Management bought Timor-Leste the time to strengthen the country’s public health facilities, with the help of the United Nations and NGO-based support. Due to the country’s small population of only 1.3 million people, NGO-based projects to contain the virus were easier to coordinate and have been crucial to the country’s effective response. For example, emergency support assistance from organizations such as the World Bank has been instrumental in financing clean water infrastructure for handwashing, especially in remote regions.

The future of Timor-Leste’s economic development

As subsistence farming is the predominant form of employment in Timor-Leste, particularly outside of Dili, most of the population has remained isolated from the pandemic’s disruptions to international production networks and trade. However, 90 per cent of government revenue comes from the country’s oil and gas industry. As a result, plunging oil prices in March and April of 2020 have forced the government to cut public spending and postpone several development projects. The importance of oil to Timor-Leste is magnified by the fact that the country’s modern industry is reliant on publicly-funded infrastructure projects, with the infrastructure sector accounting for 40 per cent of the state’s annual spending.

Timor-Leste’s greatest financial predicament at the moment is the losses to the country’s Petroleum Fund, a government sovereign wealth fund valued at $17 billion USD in March 2020. In 2019, after negotiations with Australia dating back to 2002, Timor-Leste attained a majority share of the Greater Sunrise Gas Field, located off the country’s southern coast. While the project was valued at $50 billion USD prior to COVID-19, the pandemic has halted new oil developments, eliminating the country’s expected source of income for the Petroleum Fund for an indefinite period of time. As the government continues to withdraw $1 billion USD annually from the fund — two times the alleged sustainable rate — it is unclear if the country’s ongoing infrastructure projects will ever reach completion.

Infrastructure, particularly road-building projects, remain crucial to economic development in Timor-Leste. With an estimated 80 per cent of the country’s basic infrastructure destroyed by pro-Jakarta militaries after the 1999 independence referendum, a lack of traversable roads remains an obstacle to the expansion of the country’s non-oil economy. For example, only 20 per cent of Timor Leste’s roads are traversable by two-wheel vehicles, seriously hampering the growth of the country’s tourism industry outside of Dili. With the country’s non-oil economy contracting during the pandemic, it is unclear if Timor-Leste’s currently beleaguered oil and gas industry will be enough to finance the recently approved 2021 budget, the second-highest in the country’s history.

While Timor-Leste has largely been immune to the public health crises ongoing across the world, the country has not escaped the global inequalities illuminated by COVID-19. While public health officials and international organizations have praised the country’s effective pandemic response, Timor-Leste remains at the periphery in global discussions about how to tackle the virus, especially as COVID-19 vaccines begin to be administered elsewhere in the world. While wealthier nations such as the United Kingdom and the United States have made advanced purchase agreements with vaccine producers, smaller countries such as Timor-Leste have been losing out to global North countries on bids for vaccine supplies.

Tedros Adhanom Ghebreyesus, the chief of the World Health Organization, criticized drugmakers for prioritizing profits over the equitable distribution of vaccines. In a WHO executive board meeting, Ghebreyesus stated it’s “not right” that young adults in wealthy counties get the COVID-19 vaccine before vulnerable populations in poorer nations, due to vaccine makers prioritizing profitable distribution locations. The inequitable distribution of vaccines will seriously hamper Timor-Leste’s ongoing public health efforts, as 9 out of 10 people in poorer countries are set to miss out on the COVID-19 vaccine in 2021 as doses are almost exclusively concentrated in wealthier nations. According to the People’s Vaccine Alliance, Timor-Leste is one of 67 poorer countries that has been unable to procure a purchase agreement directly from a vaccine producer. Currently, these nations will only be receiving vaccines through COVID-19 Vaccines Global Access (COVAX), an initiative funded by the WHO that is likely to receive vaccines after wealthier nations. Despite Timor-Leste strongly enforcing lockdown procedures, global inequalities mean the nation is among the last to receive a full vaccine rollout, falling behind wealthier countries that were unable to enact an effective government response to COVID-19.

Timor-Leste has had remarkable success in containing the virus within its own borders. Yet, the future of its public health efforts may unfortunately lie with the whims of large pharmaceutical companies and the generosity of international organizations. If Timor-Leste’s quick and decisive pandemic response is not to go to waste, COVID-19 vaccines must be treated as a global public good — affordable, and fairly distributed based on need, rather than the ability to pay.

Featured image: “The Timor-Leste flag” by Jaya Ramchandani is licensed under CC BY 2.0