To Impeach or Not to Impeach? Senate Republicans’ Perspective 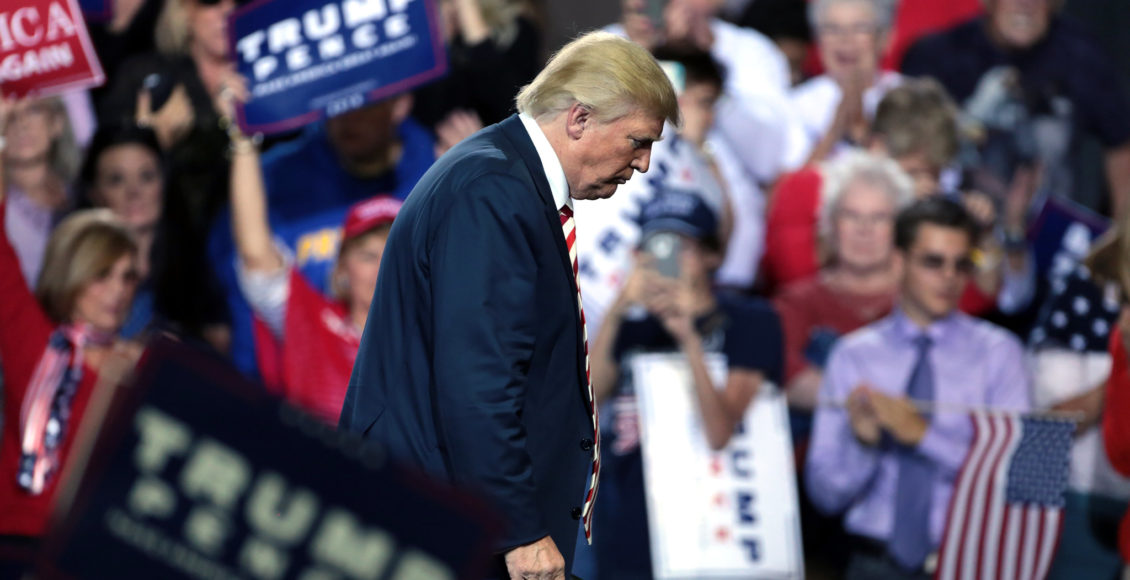 “I would like you to do us a favour”. This is what Donald Trump asked the Ukrainian President Volodymyr Zelensky during a 30-minute phone call that took place on July 25, 2019. The leaders discussed reviving a now closed Ukrainian government investigation surrounding a Kiev-based natural gas producer with ties to Hunter Biden, the son of Democratic presidential contender and former Vice-President, Joe Biden. Soon enough, the infamous whistleblower complaint was filed, and on Sept. 24, Speaker of the House Nancy Pelosi announced a formal impeachment inquiry into Trump’s interactions with Ukraine.

Trump has long made the case against Washington’s political establishment. Uncovering dirt about Hunter Biden’s business dealings would undoubtedly be an asset for the 2020 election, particularly if Biden’s name is on the ballot. In addition to his call on Ukraine to investigate his political rival, Trump simultaneously withheld a payment of $400 million in military aid, putting pressure on Zelensky to reopen the investigation. To most House Democrats, this was a clear abuse of power and an impeachable offence. For Senate Republicans, who will have the last word in this matter, the situation is not as obvious.

What it will take to remove Trump from office

Extensive media coverage of the impeachment inquiry and a flood of alarmist headlines, such as The Atlantic’s “The Scandal Has Spiraled Out of Trump’s Control”, can make it seem like the President is on his way out.  In fact, impeachment is only the first step for removing a sitting president from office – what truly matters is conviction by trial in the Senate. Given the current makeup of the U.S. Congress, it is likely that Trump will be impeached. The second step in this process, conviction, brings new obstacles. If impeached, Trump would undergo a trial in the Senate, where he could potentially be convicted of “high crimes and misdemeanours” by a two-thirds majority of Senators. Only then would he be forced to leave office and, since a majority of U.S. Senators are Republicans, this scenario currently is unlikely.

The outcome of this impeachment process effectively lies in the hands of Republican members of Congress. Under ‘normal’ circumstances, Republicans would support their President. Under Trump’s leadership, however, expecting ‘normal’ behaviour has been wildly ineffective in predicting outcomes.

No matter their personal stances on impeachment, politicians wish to be re-elected. With the federal elections coming up in just over a year, Republicans will be concerned with securing their spots in the next Congress, and impeachment is a divisive issue. According to recent polls by Gallup, the ongoing Ukraine scandal has not affected Trump’s approval rating within voters who identify as Republicans. Data for the month of September 2019 shows that between 87 and 91 per cent of Republican voters remain satisfied with Trump’s leadership. More strikingly, according to a CBS News Poll conducted between October 8 and 11, only 5% of Republican voters believe congressional Republicans should criticize Trump regarding his behaviour towards Ukraine. Voting to impeach the president when an overwhelming majority of target voters still support him is a tremendous risk to take. The question is: how much political capital are Republican members of Congress who disapprove of Trump’s actions willing to lose to take him out?

The image of the party itself is also a variable that will require special consideration by its members. Since Trump was chosen as the Republican presidential nominee in 2016, visible internal disagreements within the GOP have become increasingly common – think of Trump’s use of tariffs in the trade war against China, which has raised concerns from many Republicans. Demonstrating strong party unity helps voters trust that a government will be efficient in passing laws and carrying out policies. If Republican Senators vote to impeach Trump, the public opinion would likely focus on the deep divisions within the party, ultimately harming their chance of winning the presidency.

When looking at this particular impeachment procedure, we also notice that Trump has a clear advantage compared to previous U.S. presidents Richard Nixon and Bill Clinton when they were in his situation a few decades ago. In these cases, both the Senate and the House of Representatives were ruled by the President’s opposing party. Still, they were not convicted by the Senate, and were allowed to remain in office. This time around, Trump’s party controls the Senate – if Clinton and Nixon were exonerated by their rivals, why wouldn’t Trump be exonerated by his own party?

A shift within the GOP: will it be enough to convict Trump?

Although a Republican representative has yet to express direct support for impeachment, many party fixtures have spoken out against Trump’s recent actions. Senator Mitt Romney, a long-time Trump antagonist and two-time presidential candidate, has called Trump’s demand for a foreign investigation of Biden and his son “wrong and appalling”. Romney is an influential figure in the GOP who potentially wields the power to rally other elected officials against the president. It helps that, unlike many who may fear to lose their seat in 2020, Romney’s state of Utah is home to a large anti-trump Republican electorate. He also benefits from the fact that his seat is locked until 2024, providing him with an insurance policy against angry Trump supporters for the next four years. Romney is not alone in his criticism of Trump: Ben Sasse, a Republican Senator from Nebraska, and Jeff Flake, an ex-Senator from Arizona both have spoken openly about their disapproval of Trump’s behaviour.

Some Republicans are toeing the line between supporting and dismissing the impeachment proceedings against Trump. Much of their argument stems from the distinction between inappropriate behaviour and a criminal, impeachable offence. According to Senators John Cornyn of Texas and Lamar Alexander of Tennessee, among others, Trump’s actions in the Ukraine dossier do not warrant impeachment, and much less a removal from office.

Senator Lindsey Graham – one of this inquiry’s most notorious critics – has stated that Trump’s phone call with Zelensky was not a crime, essentially making the inquiry invalid altogether. Yet, his ‘no crime, no impeachment’ philosophy seems to be fairly recent. In 1999, when president Clinton was facing an impeachment inquiry of his own, Graham stated that “you don’t even have to be convicted of a crime to lose your job in this constitutional republic if this body determines that your conduct as a public official is clearly out of bounds in your role.” For some, the parameters of an impeachable offence seem to evolve in tandem with their political aspirations. Without the right incentives pushing them to fight against the impeachment inquiry, support coming from Trump’s current GOP champions may falter.

It should also be noted that the number of GOP members of Congress who will not be seeking re-election during the upcoming elections is particularly high. As of September 30, four Republican senators along with 14 House Republicans had announced their retirement ahead of the 2020 election. One of them, Texas Congressman and former CIA officer Will Hurd, has openly backed the House regarding its Trump-Ukraine investigation. The stakes for these 18 retiring members of Congress are different from the ones faced by their colleagues – to them, the strategic advantage of appearing to be against Trump’s impeachment is worth comparatively very little. If damning new facts arise, it is entirely possible that some will choose to take a public stance in favour of the impeachment.

It is still too early to predict what will ultimately happen at the end of this impeachment process. Currently, the probability of a Republican Senate convicting Trump and removing him from office is slim. Nevertheless, dissatisfaction within the party seems to be increasing – Trump’s recent orders for a near total withdrawal of US troops from Northern Syria has caused a ruckus within the GOP. Decisions like these have colossal international security implications, and another impulsive move could upset important Republican figures in a way that might irreversibly damage Trump’s presidency.

As the inquiry goes on, new facts will likely be uncovered. Public opinion might shift, and this may very well be enough to tip the scales and push Republicans towards considering conviction as a viable option for their party. Perhaps the most appropriate prediction is to refrain from making any predictions – after all, very few terms qualify the Trump presidency better than ‘uncertain’.