Trans Erasure: The Obsession with Binaries 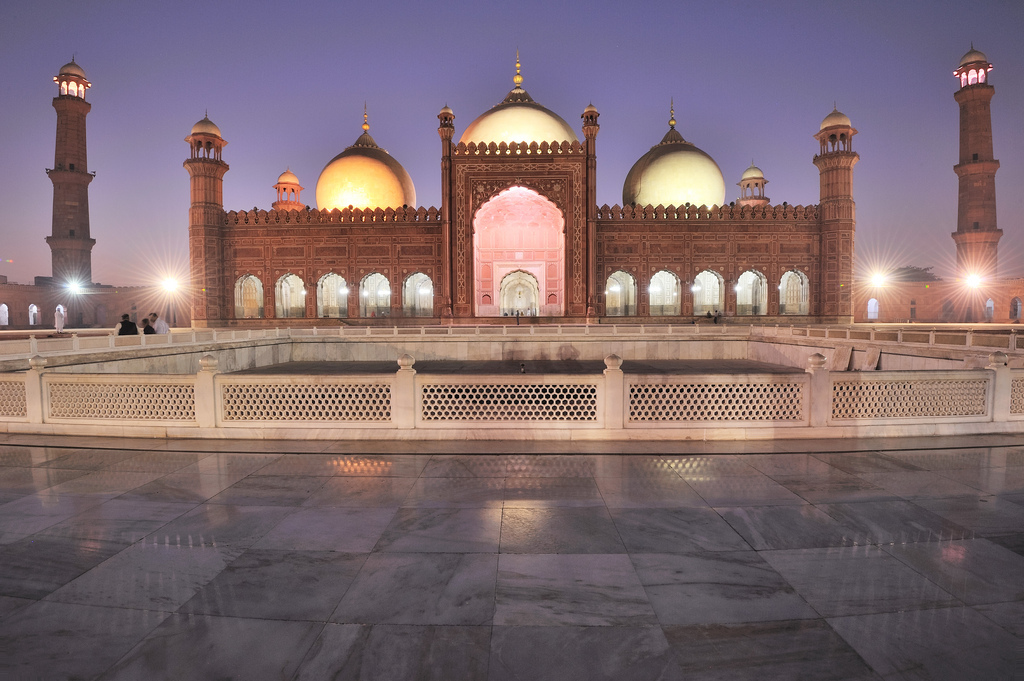 As Pakistani society progresses and evolves, the perception and treatment of the transgender community remains harrowingly stagnant.

One evening, one of my best friends and I were watching his favourite show, Transparent, a dramatic-comedy. It’s about an individual who is born biologically male, but chooses to reveal her true identity as a transwoman to her three adult children. Maura, the show’s protagonist, struggles with accustoming to her new identity. The show explores her experience of occupying spaces as a transwoman and highlights how these experiences are so poignantly different from those she had when she identified as a heterosexual man. My friend and I always hear very interesting comments about this show from those around us, most of which are always linked to how (and why) she chooses to digress from her assigned sex.

Trans identities are often met with humour in Pakistani society. Their identities are not regarded legitimate. They are often greeted with knowing snickers and crude comments. A clarification follows after, “it was just a joke.” One of the individuals (a cisgender heterosexual man) commenting on the show says, “It’s fine if they want to identify as a girl, but why do they get offended if you call them a man? I mean, I don’t get offended.” I’m a cisgender woman with a curious reputation for being “touchy” about Trans-rights. I call it being the bare minimum of respectful. Respecting someone’s preferred pronoun really does not make an activist out of anyone. Over the years, I have witnessed a particular aversion in the common public to anything that deviates from gender norms. I have heard of fathers who had to give their sons a “talking to” for playing with his sister’s dolls. I have heard of people being refused entry into bathrooms, dressing rooms, and any space where gender is considered relevant. I have witnessed the words “faggot” and “lesbo” being thrown around with abandon. A boy I know recently came out with an article detailing the abuse he experienced in a homosexual relationship in a very reputable all-boys school in Lahore, Pakistan. People who read the article took issue not with the sexual assault itself, but the fact that their school’s name was being associated with homosexuality.

In Pakistan, the transgender community does not fare well. The khwajasera community exists at the social periphery, finding themselves ostracized from mainstream society. Children who are born transgender are sometimes shunned by their own families, finding acceptance only within the trans community. Transgenders were only granted the right to identify as a third gender on their National Identity Cards, along with the right to vote in elections, as late as 2012. They are treated only with disrespect, with people using demeaning slurs like “khusra” to refer to them, no matter how educated a background they claim to have.

Often, the only capacity members of the khwajasera community are acknowledged to fulfill in society are the roles of beggars at traffic signals, or as dancers at weddings. Pakistan is modernizing and evolving, but the perception of the transgender community remains abhorrently archaic. The erasure is such that, in Urdu, a language as recent as the twentieth century, there is no equivalent of a “they” pronoun. Similarly, the right to use public bathrooms is further denied to transgender individuals. The assumption is that a transwoman is not a woman, but on the contrary a predatory male. Such assumptions about the transgender community are grotesque, and exist to invalidate the legitimacy of their identities and their place in society. The misconception about trans individuals springs from a lack of education or information about the community. There is no mention of trans identities in the Pakistani private and public curricula.

A popular Pakistani serial called “Alif Allah aur Insaan” (loosely translating to God and Man” depicts a transgender woman who faces much discrimination in society, but ultimately finds success in her career as a hairstylist. Similarly, a popular Pakistani film called “Bol” (translating to Speak) also depicted the struggles of a trans child who struggles in a radically Islamic environment. The positive representation of trans identities in Pakistani media is very impactful, in how it gives legitimate voice to the qualms of the marginalised members of our society. The positive representation of trans individuals remains the exception rather than the rule, however, as trans identities continue to be ridiculed in the media, their characters existing only to provide comedic relief. The lack of representation evidences how we, as a society, continue to walk through life with our eyes closed to anything that does not concern us.

However, it is important to acknowledge the progress that has been made in lieu of granting members of the transgender community their due rights. In the summer of 2017, two bills were passed in regional parliaments that focused on the discrimination against trans people. The bill described trans individuals as belonging to the “most marginalized communities in the country, [facing] social exclusion, discrimination, lack of education and facilities and unemployment.”  This bill marks a deeply needed recognition of the extent to which the transgender community is denied fundamental rights, along with a desire to better this situation.

Particularly in Pakistani society, people always stare if you do not adhere to either one of the “two” sexes at first glance. What’s the story there? Everyone is curious because the idea of boundaries only exists when we are not the ones being shut out because of them.

The discriminatory attitude towards the transgender community is often entwined with the subject of Islam, and how far it allows being “transgender.” In “Colliding Cultures: Masculinity and Homoeroticism in Mughal and Early Colonial South Asia”, Walter Penrose analyses how homoeroticism and gender fluidity were embraced in the art and literature of the Mughal era. However, influential Islamic thinkers like Shah Wali Ullah were actively opposed to the idea of homosexuality and fluid gender identities. Additionally, “cross dressing” is seen as a sign of the Day of Judgment in Islam, along with homosexuality, according to the Quranic text. Societies conveniently choose only to regard these signs of judgement as pertinent, securing a religious backing for their discrimination. Other signs, including the universality of financial interest, and the consumption of alcohol, are not frowned upon in the same way. Evidently, the discrimination against trans people is a fusion of both religious and cultural factors.

Privilege is a very important concept when addressing this concern. A cisgender man may not be offended by someone misgendering him, because his identity is never threatened or questioned. He is able to occupy the space as a man, which is his biological sex. He is able to enjoy this privilege. Similarly, as a cisgender woman, no matter how aware I claim to be on just how damaging the obsession with gender binaries is, I have never experienced the disadvantage, and so I will not attempt to tell someone else’s story.Instead, I only hope that in the New Year, we can at least attempt a revised understanding of the fluidity of gender. Give yourself a moment and pause. Ponder the words you are about to say. Are you defining someone the way they want to be defined? Is it really the worst thing that that boy at that party wore fishnet stockings and a mini dress?

A lot of hesitation towards trans identity springs from the notion that things are not as they should be, as they were intended to be. That’s precisely the misconception, though. The case of feral children, such as Oxana Malaya in Ukraine, proves that we are only a product of our circumstances. The gender that we cling so dearly to is almost directly a result of our primary socialization into that gender binary. If someone does not fit into the neat binary of male and female, is it really our right to contest it?

The featured image “Glorious Past – Royal Mosque” by Waqas Mustafeez is licensed under CC BY 2.0.