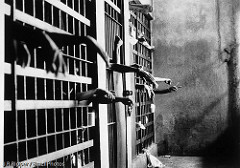 New Year’s Eve in Brazil saw a warm welcome to a new year and a thankful goodbye to a year of political crisis, tensions over the Rio Olympics, and continued corruption scandals. Less than 24 hours later was the country’s deadliest jail riot in decades.

The Anisio Jobim Penitentiary Complex in the northern city of Manaus was shook by the first of what seem to be many prison riots and where at least 56 people were killed. Four more people were killed at another nearby prison the next day.

On January 6th, another riot erupted at the Agricultural Penitentiary of Monte Cristo in Boa Vista, the state capital of Roraima, which left at least 33 people dead. Two days later, on January 8th, four more inmates were killed in a riot in another Manaus jail, this time the public Desembargador Raimundo Vidal Pessoa.

Most recently, a riot on January 14th at the Alcacuz jail in the city of Natal in the North-East state of Rio Grande do Norte has left at least 10 prisoners dead after police forces and prison guards lost control.

It is true that this type of violence is not new to the Brazilian prison system: in 2016, 372 prisoners were killed, including prison riots in October where 18 inmates were killed in two northern and western prisons.  In 2004 a three-day riot at the Benfica jail in Rio de Janeiro left 30 prisoners and a prison warden dead. In October 1992 over 100 inmates were killed, mostly by police forces; in an uprising at the Carandiru prison in the state of Sao Paulo, Brazil’s bloodiest prison riot thus far. The grisly nature of these riots, featuring mutilation and beheadings, is similarly not a new phenomenon but is “common” in Brazil’s prison system.

However, what is not new is that this current surge in prison killings has left over 100 inmates dead in only the first two weeks of the year. As well, these prison riots and their subsequent murders seem to be a product of an emerging gang war in Brazil: between the First Capital Command (PCC), the most powerful gang in Brazil, and the Red Command allied with Manaus-based Northern Family (FDN).

This rivalry has emerged after the PCC and the Red Command ended their two-decade long partnership about six months ago and suggestions that this new rivalry was to blame arose after PCC members were the main targets of the January 1st riot in Anisio Jobim. As well, an image from the January 6th Boa Vista prison showed a message written in blood that read “The PCC are in charge here. Blood is paid for with blood”, suggesting that this was retribution for the Anisio Jobim riot. However, as the initial reports of the most recent January 14th riot show that the fighting seemed to take place between the PCC and another gang called the Crime Syndicate. While this is not yet confirmed, if true it may indicate that the gang war is spreading.

A key contributor to these riots is the sheer number of inmates in the prison system: Brazil’s prisons are at 150% capacity. Indeed, most of the prisons in Brazil are largely overcapacity:  the Alcacuz prison of the January 14th riots houses 1,083 inmates while its maximum is 620.

In an interview on January 7th, Justice Minister Alexandre de Moraes claimed that the overcrowding of the prison system has been a long-time problem and is “chronic in Brazil”, it would seem that this is a relatively new phenomenon. In 2014, Brazil had the fourth highest prison population in the world with 622,202 people imprisoned, compared to only 232,755 imprisoned in 2000.

As well, many of the prisons in which these riots occurred, such as Anisio Jobim, are privately-run, a relatively new phenomenon in Brazil. While there are currently less than two dozen prisons under private management, questions of their efficacy have been raised in light of the riots.

The federal government has named the mismanagement and faults of the administration of these private corporations as the cause for blame, yet the two are closely linked. There have also been corruption claims regarding a consortium of these corporations called Pamas and signs of payment irregularities in a contract with their state.

The federal government has also tried to maneuver the responsibility to the state governments as well. In his first speech since the riots began, President Temer said that state governments should seek reinforcement from federal forces in such situations but that the federal government was not contacted for help. In the same speech, Temer also reiterated that because a private company ran the prison where the killings happened, the state bore no clear responsibility.

Despite their attempts to place the blame elsewhere the Temer government has, unavoidably, come under fire for not only their minimal response but also their “refusal” to accept responsibility.

In response to such critiques and continued riots, on January 6th Moraes announced a National Plan of Public Security with the overall goal of reducing prison violence, with points such as fighting organized crime within prisons. As well, Moraes also announced a plan to legally reduce the number of incarcerations for minor crimes as well the allocation of funds to construct five new high-security prisons.

However, neither the federal nor the state government have control of prisons, nor do the private companies that supposedly ‘run’ them. In some states and facilities, where a guard can be assigned to 300 or 400 inmates, it is easy not only to smuggle in weapons but also to effectively control the prison from within. Public security expert Rafael Alcadipani, of the Getulio Vargas Foundation think tank in Sao Paulo, largely believes that any rivalry between two sides or gangs on the streets will “almost certainly spill over into the largely “self-regulated” jails”, and that “as soon as we have a gang war, these killings are inevitably going to happen because the state has no control over the prisons.”

However, as Alcadipani says, while this violence rivalry in the streets is leading to this violence in the prisons, we are only really hearing about the gang-related violence taking place in jails. In Manaus, the number of murders and robberies has spiked in wake of the prison riots, yet there are no concrete figures. In Manaus as in the rest of the country, it will be hard to gauge the extent of this new rivalry, especially as these riots continue.