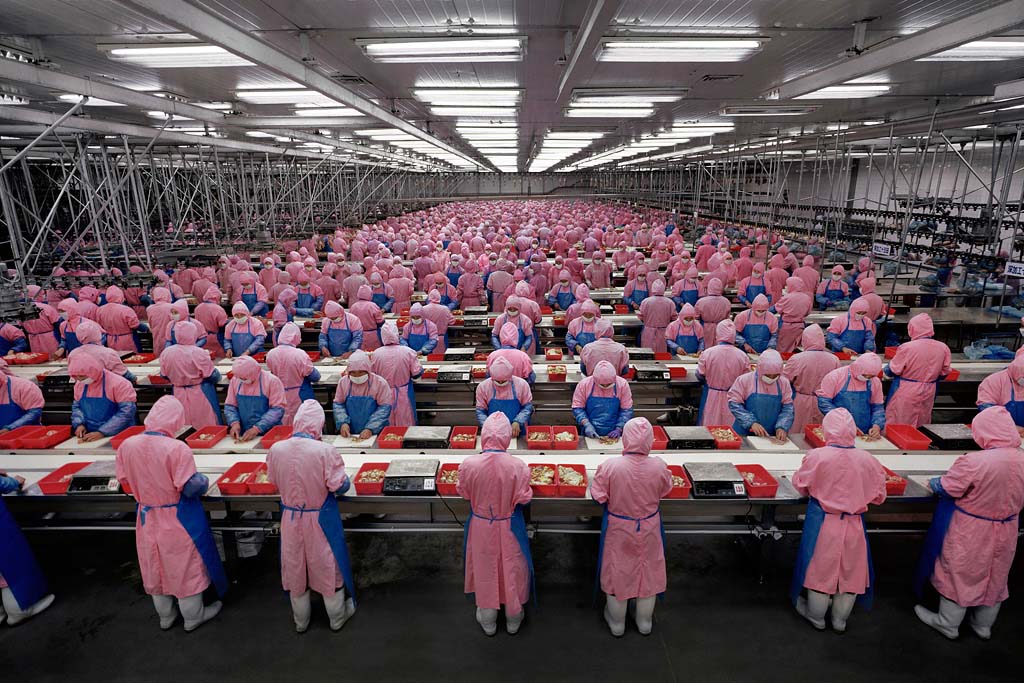 The Chinese Communist Party (CCP) faces challenges of nearly incomparable scale – controlling the world’s largest population, sustaining a one-party communist regime in a post-Soviet order, and maintaining global economic hegemony in an increasingly multipolar world. Unsurprisingly, with over one billion citizens, the sanctity of the state hinges on maintaining domestic stability and peace. Without such stability, China’s economic capabilities would diminish, along with its precarious political position as the world’s most populous non-democratic state.

A significant challenge to this stability is the rise of social unrest in the arena of labour rights movements. Social unrest is defined as a manifestation of a refusal of compliance with an institution – in this context, the state. Civil disobedience is frequently the result of simmering tensions, as citizens take to the streets to demand institutional changes pertaining to their standards of living. While liberal democracies endorse or even promote activism to highlight transparency and maintain a positive relationship with their electorate, non-democratic states view social unrest as a threat to autocratic rule. Thus, dictatorial regimes, such as China, utilize the law to preserve their stability –restricting dissent through constricting freedom of speech and freedom of press, most notably through tools such as the Great Firewall, as well as prohibiting citizens from gathering in central public spaces. As a result, most protests in 21st century China are small-scale single-issue demonstrations, which aim to disrupt and initiate change on provincial and local levels as opposed to large-scale protests aimed at significant regime change from the central government.

One of the greatest indicators of the significance of social unrest as a threat to China’s governance is the drastic increase of protest movements over the past five years. Figure 1, from the Mercator Institute for Chinese Studies in Berlin, compares the rate of strikes in 2014 and 2015. With increasing connectedness within the state and the globalized world, largely through the role of digital media technologies, small-scale protests and strikes have risen throughout the Mainland for years.

To trace the primary reasons behind the drastic increases of labour rights movements in China, one must study the shifts in China’s economic growth rates, and their subsequent impacts on Chinese workers. The years following Mao Zedong’s death were dominated by economic reforms, championed by “paramount leader”, Deng Xiaoping. Despite not holding any of the chief senior titles within the CCP, Xiaoping was responsible for the introduction of economic reforms that resulted in the opening of China to the world.

These reforms included the introduction of the current CCP core ideology: the implementation of “socialism with Chinese characteristics”. Reforms were carried out in two stages. The first, from the late 1970s to the early 1980s, involved the opening of China to foreign investment, and promotion of entrepreneurialism within the state, whilst most major industries remained state-owned. The second stage, from the late 1980s to 1990s, saw the country lift many of its protectionist policies and price controls, along with the mass privatization of state-owned industries (although not the banking or petroleum sectors).

As a result of Deng’s reforms, China experienced unprecedented growth. Nominal Gross Domestic Product in China shot up dramatically, as Figure 2 indicates. Gross rates averaged around 9.5% to 11% for ten years – earning the Chinese economy the title of an “Economic Miracle”.

However, recent reports show that the rapid development is starting to slow. As growth rates slipped to about 7% in 2014-2016, fears arose about a faltering Chinese economy. While experts may disagree on the extent of “crisis” that such a slowdown implies–some arguing rapid growth rates are not expected to be maintained and others arguing that slowing growth in China is an indicator of economic instability and a grave risk for the rest of the world–the Chinese economy itself has surely been deleteriously impacted. Indeed, in 2015 alone, the Chinese economy experienced the state-mandated devaluation of the Yuan and a brief stock market crash in August.

The group that disproportionately faces the burden of an economic slowdown is the Chinese labour force. Declining economic growth results in rising costs and decreasing global demand, which causes a rise in unemployment, as factories close or restructure to be economically profitable. Due to the intensity of China’s manufacturing sector as a large proportion of its GDP, any acute shift in global or domestic supply and demand for products would cause ripple effects for manufacturing regions in terms of employment and wage stability. Finally, the high intensity concentration of these manufacturing regions means workers are often negatively impacted en masse, which contributes to the dissemination of public dissatisfaction – which, in turn, can spark protests.

The Guangdong province, once termed the “factory of the world”, due to its position as Southern China’s manufacturing powerhouse, has suffered much of this unrest. An analysis of the province’s disproportionate increases in labour unrest in 2015 underscores the significance of activism as a challenge to the Chinese state. While it was hoped that the devaluation in 2015 would assist in making Chinese exports more competitive, the immediate aftermath included short-term inflation that was understood as a decline in real wages.

Out of 886 manufacturing-related demonstrations in the state in 2015, 267 took place in the Guangdong region. Two-thirds of disputes recorded in 2015 were due to unpaid wages and severance payments, as employers attempted to drastically restructure and reduce worker numbers to increase financial viability – leading to mass layoffs and delayed salaries.

There has also been an increase in offensive targeting within the labour rights movement, much to the grievance of the Chinese state. Offensive targeting promotes a better quality of life for workers, rather than reacting to specific complaints; it tends to advocate for higher wages, safety against sudden job termination and progression in the quality of working conditions. Contrasting with defensive activism, which responds to quantitative changes in the working environment, offensive targeting seeks to improve the overall standard of labourers through the sphere of public protest. This qualitative shift in the nature of labour protests has manifested through increased worker outreach towards non-governmental organizations (NGOs) that specialize in assisting unrepresented labourers. NGOs such as Chinese Labour Bulletin aid by helping labourers realize their rights and minimum wage guarantees, and are thus considered a major threat by large-scale businesses and corporations, particularly State-Owned Enterprises (SOEs) that hold key government officials amongst their high-ranking positions. Subsequently, the response from the state to the mounting participation of labour activist groups has been steadily worsening, as demonstrations are met with brute force and widespread arrests.

There are no doubts that the Chinese state lacks robust legal institutions that enables a flourishing and active civil society. In fact, documents such as the second paragraph of Article 105 in the state’s Penal Code explicitly prohibit “inciting subversion of state power”, and has been used implicitly in order to arrest and prosecute activists. An assessment of the law provided by the United Nations amplifies this by stating:

The article defines the offence…[as] “incitement to subvert the political power of the State and overthrow the socialist system by means of spreading rumors, slander or other means”. The concept of “other means” is open to very broad interpretation.

Thus, it is clear the mandate to preserve social stability forms a key ideology of the Politburo’s governing structure and the persecution of labour activists is, unfortunately, unsurprising. The Guangdong labour protests were met with such reactions – with members of up to four different labour rights groups facing interrogation and arrests – as immediate responses to the rise in frequency of protests.

It is important to understand the complex irony of the Chinese state’s responses to rising labour activism. Core contents of the ‘Chinese Dream‘ emphasize a socialist spirit in an era of social and economic progress that will eventually culminate in “national rejuvenation”. The notion of the socialist spirit stems from the historical triumphs of Mao Zedong and his supporters in mobilizing workers against formulations of capitalism that were seeking to exploit the working class. The CCP’s present-day commitment to restricting labour activism indicates a merely nominal dedication to socialism, indicating that the “Chinese characteristics” of the post-reform period ironically neglect the core foundations of Maoist-era communism.

How Much of a Challenge?

While it is overwhelmingly clear that the legacies of the 1989 Tiananmen Square Protests have greatly restricted large-scale mobilization in China, it is clear that the assumption that the CCP faces minimal dissent is a vast overstatement. Labour rights protests – despite their small scale – still pose a threat to CCP authority and stability.

However, it is important to remember that China is not a liberal democracy that values bargaining dialogue with its citizens. The regime’s priorities are largely economic and social stability. Indeed, the party has delivered on these priorities: three decades of uninterrupted economic growth has brought the CCP legitimacy, as average standards of living have risen across the state. Furthermore, the state’s ability to carefully detail information about individual public dissenters as well as thoroughly monitor Internet activity means that most calls for collective action can be nipped in the bud before the message is widely disseminated.

Other avenues of unrest could also continue to emerge: the rise of China’s active social media users may push ever more successfully against censorship over time, and national concerns such as environmental pollution may embolden collectivist action; efforts to stabilize the environment may go hand in hand, at least from the regime’s point of view, with destabilization of the government itself. It remains to be seen how invulnerable the state can remain to protests small and large, and whether they can ultimately have an enduring transformative impact.