Trouble in the Country of Free Trade: Critics of the TPP 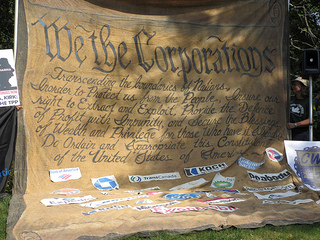 With a little over a year to go till election day, the TPP (Trans Pacific Partnership) has also proven to be a relatively salient issue in another North American state during their election cycle: the United States.

If you did not read my last blog post, let me briefly re-explain what the TPP is. It’s a massive trade deal that includes twelve Pacific Rim countries including those already in NAFTA (Mexico, Canada and the US). The deal would include pledges to reduce or eliminate tariffs on a large range of goods and services. However it’s not simply a trade deal but has several provisions about many different things like intellectual property rights, prices on drug medication, provisions on new labour laws and most shockingly: a provision that allows large multinational corporations to sue the governments of any of the Pacific Rim countries they are operating in if their expected profits are lower due to regulations in those countries on things like health or the environment. The deal contains many more provisions but because of the secrecy of the negotiations, no one really knows much more about it.

Obama has touted the deal as some sort of saviour of the American economy and job market because apparently it will make it easier for millions to buy American made goods abroad which will create jobs at home in the United States.

Secretary Kerry echoed his rhetoric a few months ago saying: “Estimates are that the TPP could provide $77 billion a year in real income and support 650,000 new jobs in the U.S. alone.” In retort to this several union leaders and Democrats have spoken out against this deal (even Hillary Clinton! Though I often doubt the sincerity of her support). In an op-ed last year, Democratic Representatives George Miller, Rosa DeLauro and Louise Slaughter wrote: “This agreement would force Americans to compete against workers from nations such as Vietnam, where the minimum wage is $2.75 a day…It threatens to roll back financial regulation, environmental standards and U.S. laws that protect the safety of drugs we take, food we eat and toys we give our children.” And that 650,000 new jobs number…according to the Peterson Institute for International Economics (where the stat was apparently taken from in their book on the TPP) is just a number made up by the administration. That’s right…just made up. Well not totally. They used some sort of phony methodology which you can read about in this article. One of the authors of the book, Peter Petri, however, notes that they “did not discuss job gains (in the book) because mainstream economists do not believe that the number of jobs is significantly affected by trade policy.”

American labour has been very united in their stance calling out the deal, their main critique being that it will make it easier for US corporations to offshore decent jobs to low wage countries, putting downward wage pressure on US workers. They also highly criticized the Obama administration’s attempt at fast tracking of the trade deal (which was defeated in June). The vast majority of candidates this election, have at least been critical of the deal. All Democrats are at least against fast tracking it and the secrecy behind it (Hillary and Bernie actually being against it entirely). Even the vast majority of Republican candidates have been critical! You know when even Donald Trump calls you out on a free trade deal (whatever his reasons may be) that this deal might not be too good. In sum the TPP is bad bad BAD news for the US, Canada and the workers of the world.