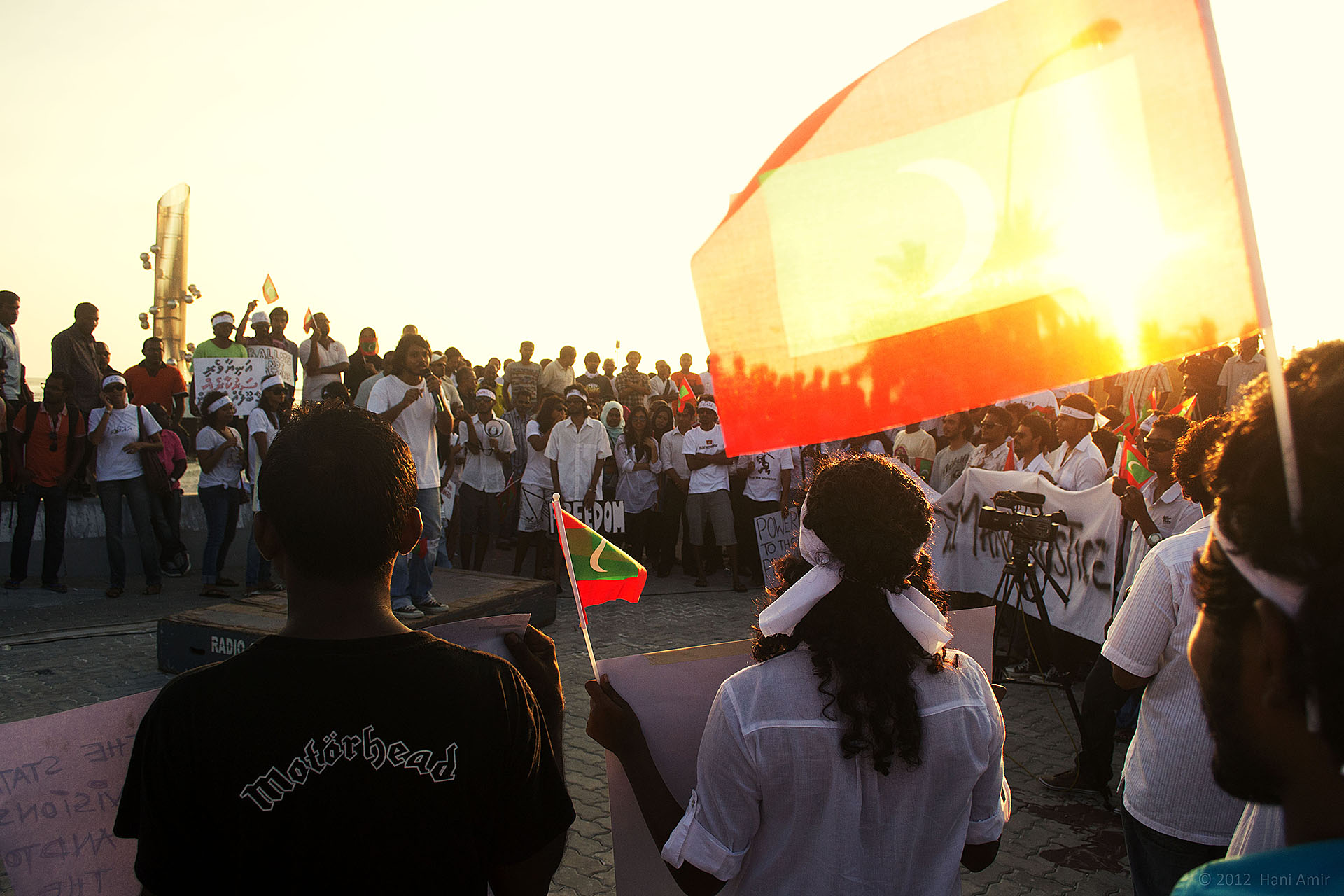 Earlier this month, the political crisis in the small island nation of the Maldives deepened when tensions arose between incumbent President Abdulla Yameen and the Maldivian Supreme Court. Previously in 2012, turmoil began when Mohamed Nasheed, the country’s first democratically elected president, was forced to resign and convicted of terrorism. In an unexpected move on February 2, 2018, the Supreme Court unanimously ordered the release of several opposition members who were thrown into prison or forced into exile by President Yameen, including Nasheed himself who now lives in Sri Lanka.

President Yameen refused to acknowledge the court’s ruling and subsequently declared a now extended 30-day state of emergency. In an effort to tighten his position, President Yameen also ordered the arrest of two Supreme Court judges and various opposition figures, such as his 80-year old half brother and opposition leader, Maumoon Abdul Gayoom, who had previously ruled the Maldives for 30 years.

Extending the Maldives’ state of emergency implies a suspension of many fundamental political and civil rights due to the removal of “the checks and balances and separation of powers necessary in any functioning democracy.” In doing so, more power is granted to the state than to the judiciary and parliament. As such, thousands of opposition supporters ignored the ban on large public gatherings and held a protest calling for President Yameen’s resignation and the release of political prisoners. The international community has expressed grave concerns, with UN chief Antonio Guterres urging President Yameen to “uphold the Constitution and the rule of law, to lift the state of emergency as soon as possible, and to take all measures to ensure the safety and security of the people in the country, including members of the judiciary.”

The continued political crisis in the Maldives poses serious threats on both local and worldwide levels. In a statement released by UN High Commissioner for Human Rights Zeid Ra’ad Al Hussei’s office, Zeid condemned President Yameen’s state of emergency as it “[creates] a dangerous concentration of power in the hands of the president.” The High Commissioner also stated that the current events were “tantamount to an all-out assault on democracy” based on attacks in recent years on “political opponents, on journalists, on civil society and human rights defenders.”

Political instability has even wreaked havoc on the country’s tourism industry. Accounting for a third of the Maldives’ gross domestic product measured at $3.5 billion in 2017, tourism has waned due to several travel alerts. After President Yameen imposed the state of emergency and ordered the arrests of the Supreme Court judges and opposition members thereafter, China, India, the United States and Britain issued their own travel warnings. Since the crisis began, early estimates saw a 20 percent to 25 percent rise in cancellations over normal rates. According to the ratings agency Moody’s, protracted losses in the tourism industry could perversely affect the South Asian island-state’s economic growth forecast for 2018.

More importantly, the standoff could exacerbate pre-existing Sino-Indian frictions and lead to a larger crisis on a global scale. Due to its location, placing it in a region long considered India’s strategic backyard, the Maldivian crisis presents geopolitical implications to growing Chinese interests.  Over the past few years, President Yameen has cozied up to China and Saudi Arabia and has raised further concerns in India that its influence in the region is being tested. Furthermore, the demonstrated Chinese capability of building islands on “even semi-submerged formations in the Spratly chain” has resulted in more unease about China’s ultimate intentions.

Given the calculations of both China and India, the Maldives has thus become the center of a burgeoning geopolitical rivalry. In a recent blow to India, President Yameen signed a Free Trade Agreement and an MOU on the Maritime Trade Plan with Beijing on December 8, 2017, allowing the Maldives to export its goods into China based on tax-free entry. President Yameen has also agreed to China’s Maritime Silk Road Initiative despite New Delhi’s dismay.

As the crisis has continued to heighten, former President Nasheed has called for Indian intervention in fear of an expansionist China that “is propping up President Yameen to lock the country into a ‘debt trap’” ultimately leading to a takeover of infrastructure projects. In an interview for the New York Times, Nasheed argued that “China or any country that tries to ‘prop up a dictatorship’ must realize that such a government will inevitably fall. And when it does, they will lose.” In India, Prime Minister Narendra Modi’s government has officially expressed disappointment over the extended state of emergency, but has yet to decide whether to intervene.

Ultimately, Maldivian democracy must be restored first and this year’s upcoming elections offer semblances of legitimacy to the government. As echoed by the New York Times Editorial Board, international pressure should focus on ensuring the process of a fair election. At the same time, however, the political crisis in the Maldives reaches far beyond its borders. For countries such as India, President Yameen’s strengthening ties to China will greatly shift future geopolitical alliances within the Indian Ocean region in ways that will diminish India’s sphere of influence.