Trudeau and the Labour Movement So Far 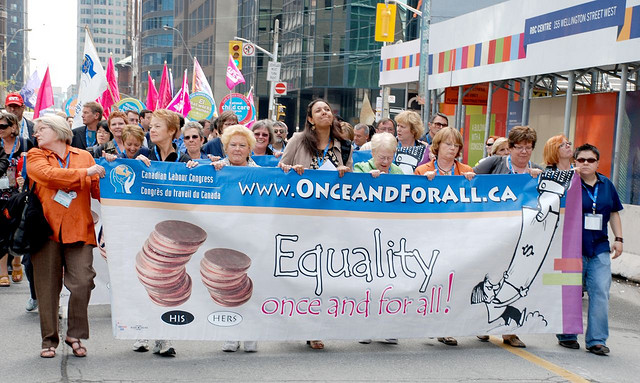 Yes, I know. It hasn’t even been a month so to put “so far” at the end of the title might be a bit too much for lack of a better word but I digress.

For the first time since 1958 (when Diefenbaker was the PM), a prime minister (that’s Justin Trudeau if you didn’t catch on) met with the Canadian Labour Congress (CLC). Leaders from all major unions in Canada were present. As a campaign promise (among other policy announcements) Trudeau announced his government’s repeal of both Bills C-377, which requires that all labour organizations provide financial information to the Canadian Revenue Agency for public disclosure and C-525, which makes it harder to certify a union to represent a group of workers. Trudeau said: “labour is not a problem but a solution.” These moves have obviously been welcomed by the CLC and labour community.

This sort of rhetoric is of course welcome after ten years of anti-union Harper policy that sought to destroy the very institution of the labour union. But does Trudeau really represent #RealChange when it comes to Harper policy or is he just a return to normalcy for trade unions and the labour movement?

Nora Loreto is a labour blogger and activist in Quebec City and author of From Demonized to Organized, Building the New Union Movement. Loreto is also the editor of the Canadian association of Labour Media. Read her latest blog post here of what she thinks of the new Liberal government and what it means for the labour movement and why this government will be the biggest challenge to labour in decades.