Trudeau in Chicago: A Push for NAFTA

Last week, Prime Minister Justin Trudeau made a quick tour around the United States, which he kicked off in Chicago. Trudeau made a keynote address at the University of Chicago’s Institute of Politics. The official purpose of the speech was to encourage public service amongst UChicago’s students and to highlight the importance of a strong connection between the U.S. and Canada. Following the address, Trudeau fielded questions from David Axelrod, founder of the Institute of Politics and President Obama’s former senior advisor.

Trudeau devoted a lot of time to speaking about the North American Free Trade Agreement (NAFTA) and specifically promoting the many benefits NAFTA has had and will continue to have for both Canada and the United States. The PM asserted, “one of the benefits of NAFTA is the stability that it provides in terms of investments and building supply chains that crisscross the border.”

This is especially true in Illinois – according to Trudeau’s office, more than a quarter million jobs in Illinois are dependent on trade and investment with Canada, and Canada-Illinois trade amounted to $41.2 billion USD in 2016. Contrary to popular perception, Canada is the #1 foreign trading partner for over 30 states, and Illinois is undoubtedly one of the top players amongst this group. Thus, this is not just a national message, but one that is particularly pertinent to an Illinois-based audience. To that end, Trudeau met with Chicago Mayor Rahm Emmanuel and Illinois Governor Bruce Rauner prior to his speech at UChicago. Although those meetings were not recorded, Trudeau was certainly pushing a similar message with Emmanuel and Rauner about maintaining open trade between the two countries. 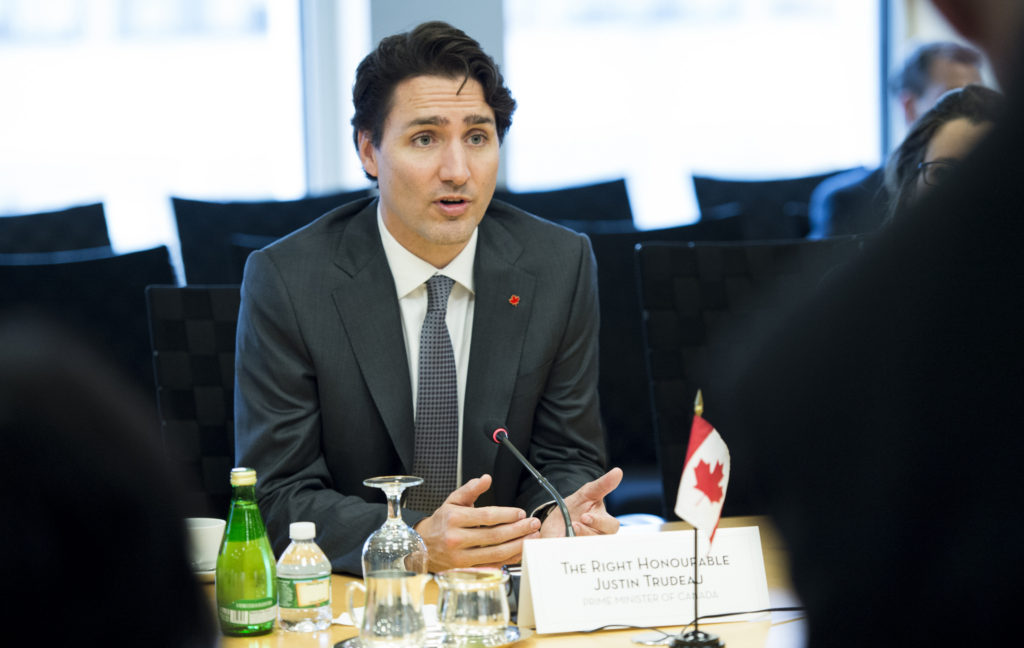 Trudeau’s strong support for maintaining NAFTA comes in the wake of an ongoing series of harsh comments against NAFTA from U.S. President Trump; he famously called NAFTA “the worst deal ever” during his presidential campaign. Following the 2016 election, Trump has repeatedly threatened to end NAFTA and continually asserts that it is an unfair deal for Americans.

Although both Prime Minister Trudeau and leading economists agree that NAFTA needs a modernizing update, essentially the entire economic community also agrees that getting rid of NAFTA completely would be terrible for all three economies. The United States would arguably be the worst off after the end of NAFTA, because they do not have the free-trade agreements with other parts of the world that Canada and Mexico have.

Trudeau has held firm and re-asserted during his address at UChicago that Canada will only accept a good and fair deal with the United States for modifying NAFTA. He went so far as to declare that “no deal may very well be better for Canada than a bad deal.”

Since Trump’s election, Trudeau has become especially romanticized in the U.S. (amongst liberals) as the ideal democratic leader, and he is often given more credit from Americans than he deserves. Yet, in the case of this negotiation, if NAFTA remains intact for Canada, the United States, and Mexico it will be because of a lot of hard work and negotiating from Trudeau and his team, and many Americans will be thankful that Canada was pushing for their well-being, as well as their own. This could be an opportunity for Trudeau’s politics to elevate from performative to effectual.