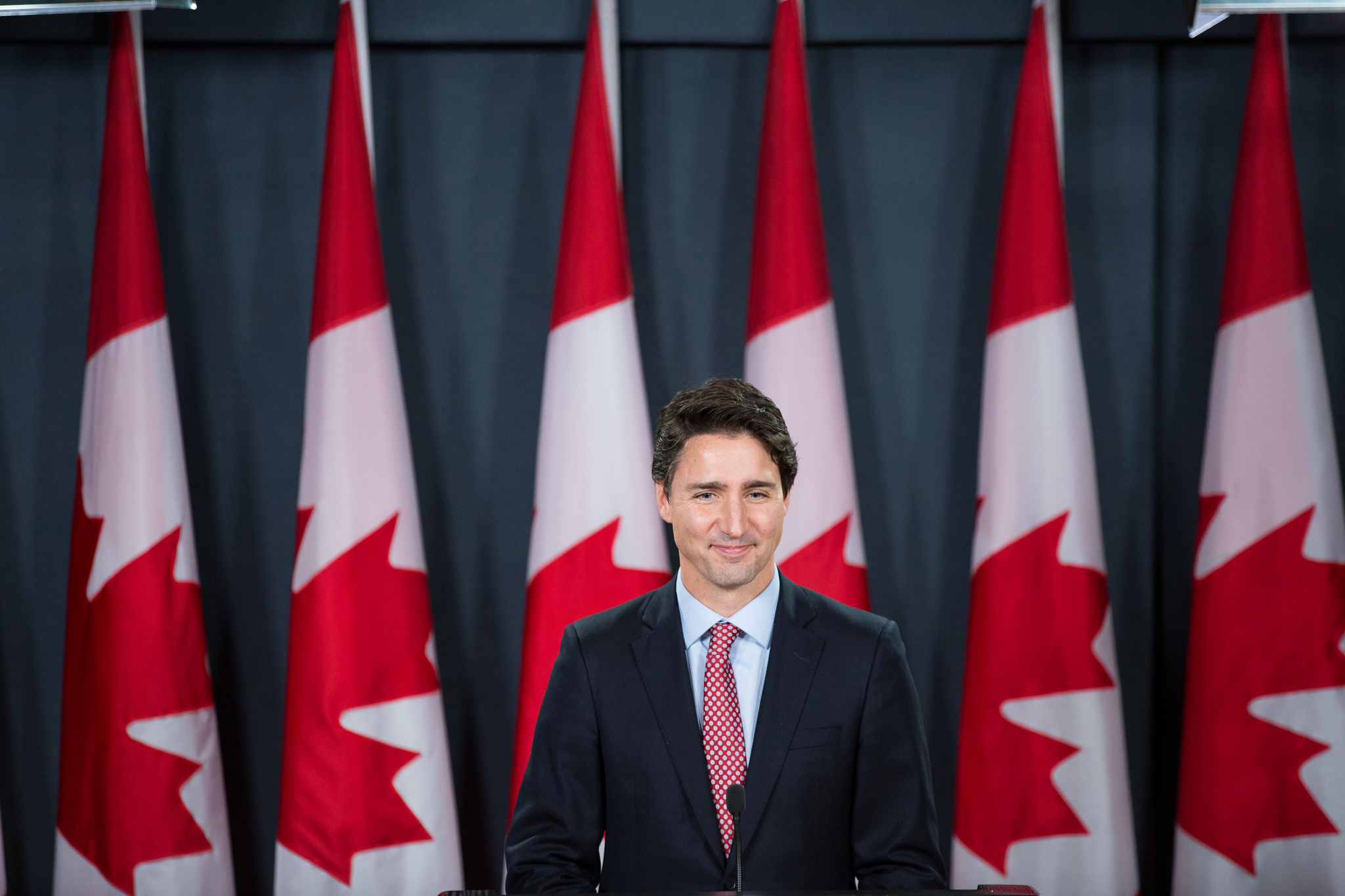 Justin Trudeau was chosen as the Canadian Prime Minister on October 19, 2015. He started his term on a wave of optimism and hope from Canadians. In the past year, Trudeau has basked in the adoring embrace of Canadians applauding him for representing what Canada truly stands for. Trudeau has so far achieved 34 of 219 electoral promises and broken 20 according to TrudeauMetre.ca, which tracks his promises. Prime Minister Trudeau has lad out a number of policies in the past year. It’s worth analyzing his performance in the office so far.

The Canadians gave Trudeau the best approval rating in how he represents Canada internationally, his “level of openness and accountability, and his personal values in how he approaches the job.” On the other hand, Canadians gave him weak ratings for dealing with refugees, ISIS, the economy and the federal budget. Trudeau has maintained an almost consistent presence in the media since his campaign. He has generated 27 percent more media coverage than PM Harper’s first 10 months. Trudeau’s media image has greatly benefited from a disorganized opposition after last year’s election. New Democratic Party of Canada (NDP) leader Thomas Mulclaire has one foot out the door after being rejected by his own party members last April, and the Conservative party will have an interim leader until May 2017. The media coverage of PM Trudeau increased by 40 per cent since the 2015 election. Trudeau said that in the social media age, people are used to feeling connected with their leaders. When he shows up for a Pride parade or other media appearances he is articulating values which are shared by all Canadians. With social media becoming an important part of domestic and international diplomacy, a small team headed by Dave Sommer, the Digital Creative Lead in Trudeau’s staff, runs Trudeau’s Twitter account. Justin Trudeau has appeared in an overwhelmingly positive light since his successful campaign for the office of Prime Minister. A huge part of it can be attributed to his image as a member of a new generation of leaders bringing in real change in Canada.

Cheery tweets, spontaneous appearances, positive and adoring image of Trudeau holding panda cubs are at the forefront of his campaign. Is there enough substance behind the flesh though? The Prime Minister’s Office has been cut from 100 staff members to about 65 with as power is shifted to the ministers. Trudeau maintains that he governs by cabinet. On the foreign policy front, the government has shifted to a more multilateral stance as compared to the previous Conservative government. Canada has re-engaged with the United Nations, lifted sanctions against Iran and attempted to repair strained relations with China. He reiterated this policy stance in his speech the 71st session of the United Nations General Assembly. Trudeau pledged to invest $2.65 billion over five years to fund clean, low-carbon growth in developing countries as part of Canada’s effort to negotiate the Paris Agreement on Climate Change. He reaffirmed support for NATO and promised to expand Canada’s role in the United Nations peacekeeping operations. Trudeau received compliments from the international community for personally welcoming some of the 31,000 Syrian refugees in Canada. He also faced some heat from citizens who were not certain of consequences of letting in such a huge number of refugees at once. Right at the end of Trudeau’s first 100 days in office he unveiled the government long-awaited plan to withdraw Canadian fighter jets from the coalition fight against ISIS in Iraq and Syria. Some observers saw this plan as a way to triple the number of Canadian military trainers on the ground, which counts as a substantial contribution. This decision was called as a “shameful step backwards” by the Conservative Party. From a public point of view, Trudeau didn’t need to do as much as he did in terms of the commitments to the ISIS mission which included sending more personnel and boosting humanitarian efforts. His policies with regard to ISIS were seen as “less driven by domestic political consideration” than a desire to maintain a strong international image and better relations with Canada’s allies. Through all of his policy decisions Trudeau comes across as decisive yet collaborative. His policies represent the Canadian spirit. The most recent example of this can be heard at the end of Trudeau’s speech at the 71st session of the United Nations General Assembly, “Listen, Canada is a modest country. We know we can’t solve these problems alone. We know we need to do this all together. We know it will be hard work. But we’re Canadian. And we’re here to help.”

Trudeau seems to be doing well domestically. The domestic ministers have been given more latitude and money. There has been increased focus on the status of women. Patty Hajdu, the minister at the Status of Women Canada, is the first in the department’s history to have full ministerial authority without another portfolio attached. It was much appreciated when Trudeau launched an inquiry into the issue of missing and murdered indigenous women. The issue of government’s employment strategy for young Canadians looking to crack the full time job market remains vague. The most recent numbers from Statistics Canada show unemployment among young Canadians aged 15 to 24 at exorbitantly high levels. Some of the Liberals’ commitments have yet to materialize in this regard, such as the promise to create 40,000 good youth jobs in each of the years from 2016-2018 by investing $300 million more in a renewed Youth Employment Strategy. Trudeau did make his government’s first major announcement on this issue in early July by announcing that 77,000 summer jobs have been created under the Canada Summer Jobs program.

Some other promises kept by Trudeau include restoring the long form census, creating an independent advisory committee for new Senate appointments, cutting tax rates for the middle income bracket (and raising them for those making over $200,000), and increased investment in various First Nations programs. Some other promises which were broken by the Liberals include not exceeding deficits of $10 billion over the next three years, reducing the small business tax rate, and immediately rolling out investments of $3 billion over the next four years to deliver better home care and palliative care services. The Liberals have defended some of the broken financial commitment promises as necessary measures given a deteriorating economic situation.

There’s a lot to look forward to from the Trudeau administration. The first one is the promise to replace Canada’s first-past-the-post electoral system by the next election. An all-party committee is set to examine options and recommend a replacement by mid-2017. There was a promise to reform election laws which include repealing controversial elements of the Fair Elections Act, restoring the independence of elections watchdogs, creating an independent commission to organize leaders’ debates during campaigns, and limiting party spending between elections. Trudeau also promised to negotiate with the provinces a new health accord, with a long-term agreement on funding that includes an extra $3 billion for improved home care services. Prime Minister Justin Trudeau has a lot of work in front of him and this past one-year in office should serve as a reminder of the great things he is capable of doing for Canada.