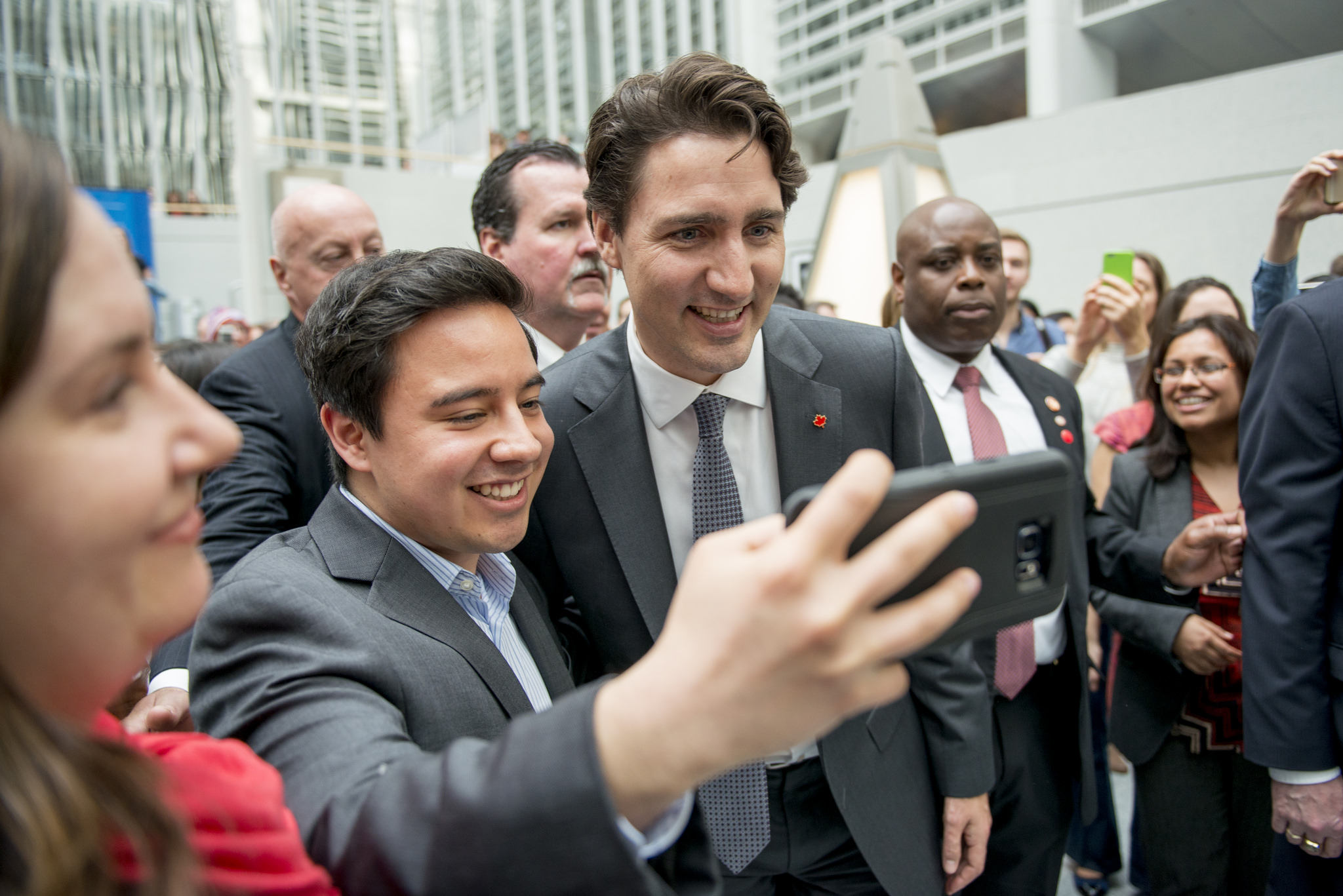 Justin Trudeau has been a politician since 2008, but a public figure since birth. The common conception of Trudeau not only as a politician but also as a celebrity hurts coverage of his politics and affects his popularity both domestically and on the international stage–especially considering that the role of the North American leader of the free world has been, in the eyes of some, languishing and unfulfilled since the election of President Trump. It makes sense that Trudeau would be considered an apt successor for the title. This is in part due to his willingness to work with and participate in international initiatives and groups such as the United Nations, which directly opposes the previous direction of Canadian foreign policy–Harper’s neoconservative agenda.

That being said, does Trudeau’s reputation as a popular public figure help or harm his political goals, and what does it mean for Canada’s reputation in the international community?

Since Trudeau’s election in 2015, there has seemingly been an increase in international interest about Canadian politics. The phenomenon continued with the election of Donald Trump. However, despite Canadian politics being slightly more centred on the global stage, there remains one caveat: although Canadian politics (and therefore politicians) have been getting more attention on the world stage now than in years past, it is important to note that the coverage has been largely superficial and based on contrasting Trudeau with Trump, often painting Trudeau in a positive light. However, in keeping with the old adage “there’s no such thing as bad press,” even the most superficial coverage can be seen as helpful internationally, because the exposure granted by this coverage can go a long way towards building awareness of Canadian interests, and in terms of popularity overseas.

The same cannot be said for Trudeau domestically. The perception of Trudeau as a charming public figure over a tried and true professional politician is no longer helpful in Canada, where concern over unfulfilled campaign promises has led to some amount of frustration and discontent. However, there is something to be said for that strategy working up until now. The strategy in question could arguably be considered a crutch, seeing as it provided workable leeway for the Trudeau government to avoid delivering on campaign promises, but it is plain to see that, crutch or no crutch, this is no longer a workable angle. In recent town halls throughout Canada, Trudeau has been faced with a number of frustrated Canadians whose complaints range from economic policy to foreign involvement. Additionally, one must also take into consideration how the emerging trend of focusing on party leaders as opposed to the party as a whole affects Trudeau’s situation.

No matter what the media says, Trudeau is not the bastion of social progress that he is largely believed to be abroad. When it comes to subjects such as indigenous rights and feminism Trudeau can speak impressively, but the issue comes when it is time to act. Relatively little has been done on the aforementioned fronts since Trudeau has been in power. Although a good deal of Trudeau’s appeal relies on being perceived as a liberal-minded social progressive, in practice Trudeau is far from the perfect feminist ally. Despite his half-female cabinet and his female-friendly budget, which are both positive contributions to the fight for gender equality, his support for feminism is largely rhetorical. Although it could be argued that the intense publicity he brings to feminist initiatives such as the Women Deliver Conference could help spread awareness, the focus on Trudeau himself can take attention away from the activists and issues that he means to support. For example, although his purple duck socks were surely meant to be inoffensive, it is inarguable that they distracted from activist Malala Yousafzai’s speech. On a more serious but related note, the commission into missing and murdered indigenous girls continues to flounder despite Trudeau’s early commitment to the project. This failure is particularly important because it shows the lack of intersectionality in Trudeau’s feminism.

When looking for recent examples of the “celebrity Trudeau” effect, one need not look further than his trip to India last month and the subsequent media coverage. Although the goal of the trip was to deal with a number of important–if not all that glamorous–diplomatic issues including the Indian tariff on Canadian dried agricultural goods, which could mean substantial losses for Canadian farmers, coverage of the trip became derailed. The news cycle mainly focused on Trudeau’s questionable sartorial choices and how the trip occasionally took on the tone of a sort of family vacation, thanks to an outing to the Taj Mahal, and then a distinct tone of scandal when former Sihk separatist Jaspal Atwal was invited to an official function.

Whether the aforementioned behaviour is a deliberate strategy or just a quirky side effect of having a young, charismatic Prime Minister whose American counterpart is an unpopular septuagenarian is up for debate. However, as previously stated, patience is running thin regarding the perceived lack of progress from Trudeau’s government, so if it is a ploy then now would be the time to put an end to it.

Effectively, it is not enough for the Prime Minister of Canada to simply behave better than Trump. In order to present a respectable and diplomatic image Trudeau needs to step up his professionalism in order to stay on top of his policy goals–not just on the front of magazine covers.

Juliana Riverin is a U1 Political Science major