Trump and the Erosion of the Internationalist Era 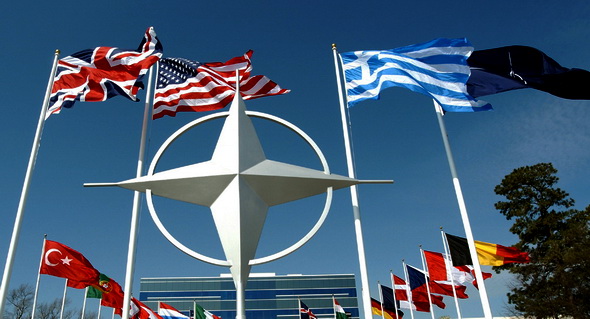 1945 not only saw the end to the horrors and destruction brought on by one of the most devastating events in human history, but also reconfigured and redesigned the structure of the entire international community. The roles and responsibilities of North American and European nations were redefined within the context of political and military integration and cooperation. In order to prevent another global conflict, the United States, as well as several European nations, formed a single united front.

Following the onslaught of World War II, solidarity and cohesion between countries was the displayed norm, and defecting states were treated as threats to the international community. Exhibits of political and military cooperation soon culminated in 1949 with the signing of the North Atlantic Treaty Organization, an alliance whose goal it was to thwart any major rise in nationalist militarism in Europe, and to encourage a united front against the Soviet Union. Political integration and cooperation were the cornerstones of NATO, and have remained the ruling principles of international foreign policy for the past fifty years.

However, these principles do not appear to be as binding nowadays. During the latter half of the twentieth century, in an age where nationalist sentiment and volatile militarist movements would have gained momentum had they been left unchecked, the international community, instead of retreating from the global stage, decided to take a collective step towards solidarity with one another. Nations responded as one body, keen to watch out for one another, in an effort to secure global peace. Now, one by one, these very nations are slowly but surely taking steps in the very opposite direction of political integration. Isolationism is on the rise as more and more countries adopt protectionist measures. As Europe struggles to cope with the ongoing refugee crisis, as well as handling the recent exit of Britain from the European Union, those caught in the chaos have reason to question the current state of global affairs. The world is more unstable now than it has been in the past decade, and as a result, nations are seeking shelter within the comforts of their own borders.

If political integration and internationalism is eroding, then with what is it being replaced? Donald Trump might have the answer to that question. As the republican presidential candidate in the upcoming American election, Mr. Trump is unlike any previous nominee. He is the first major candidate to suggest “conditioning the United States’ defence of its major allies.” Trump breaks tradition with the past, and ignores the history of solidarity and partnership that has characterized the relationship between the 28-nation alliance that is NATO. Besides calling into question whether or not he would immediately come to the aid of NATO allies if they were attacked, Trump also expresses the need to “‘fix our own mess’ before trying to alter the behaviour of other nations.” The tone he indicates reveals his “hard-line nationalist approach,” and has been criticized by European officials from countries such as Norway and Estonia.

The United States was in fact the nation to spearhead the creation of the alliance. Trump’s questioning of the U.S.’s duty of defending its allies shows an obvious disregard for Article 5 of the NATO treaty, which “requires any member to come to the aid of another that NATO declares was attacked.” Instead, Trump pushes an “America First” agenda, one that differs greatly from the internationalist approach pressed on by the Republican Party before him. Trump seems neglectful of the value of solidarity among nations, and needs to be reminded of how “peace in Europe is also important for the security of the United States.” Since the end of World War II, the United States has been perceived as the global policeman, shouldering most of the responsibility for keeping the peace and defending the international community. However, that approach to global affairs has changed drastically under Trump’s watch. Trump has managed to reduce almost all of American global interests to bare economic terms, rewriting questions of human rights, defence, and national alliances in terms of pure economic benefit.

Few will find it surprising to discover the similarities that exist between Trump’s anti-NATO rhetoric and Putin’s expansionist agenda. The two political figures share many of the same beliefs and values. For instance, both Trump and Putin criticize American democracy for being  hypocritical. Trump also shares “an obsession with the sort of ‘strength’ often associated with dictators.” He and Putin also both “share a disdain” for NATO. Under a Trump government, Russia would be allowed to advance “its hegemonic interests across Europe and the Middle East.”

All of this comes at a time when Russia poses a real threat to both NATO and non-NATO countries. Trump has already made it evident that he would not automatically come to the aid of a fellow NATO ally if they were attacked by Russia. Trump would only defend them after he was certain that “those nations have fulfilled their obligation to us.”

Trump’s rise to presidential power would be the golden ticket for Putin’s imperialist dream. If Trump were to succeed in diminishing America’s presence throughout the international community,large power vacuums in East Asia, Europe, and the Middle East would soon fill up with “non-democratic regimes that would operate counter to U.S. national-security interests.” The United States once fought to secure peace in Europe, knowing fully well that a stable European continent meant a steady platform from which to project American power and values of democracy and freedom. With Trump in the White House, the post-World War II American-created international order that we have all grown so accustomed to will be replaced by global instability and stress.

The shifting rhetoric brought on by Trump is alarming and yet utterly vital to grasp, for it underlies the importance of knowing our place in the world and fulfilling our duties as citizens to prevent dictators and despots from gaining power. During periods of instability such as this, citizens must recall what it means to stand for true freedom and democracy, and be prepared to fight for its survival.