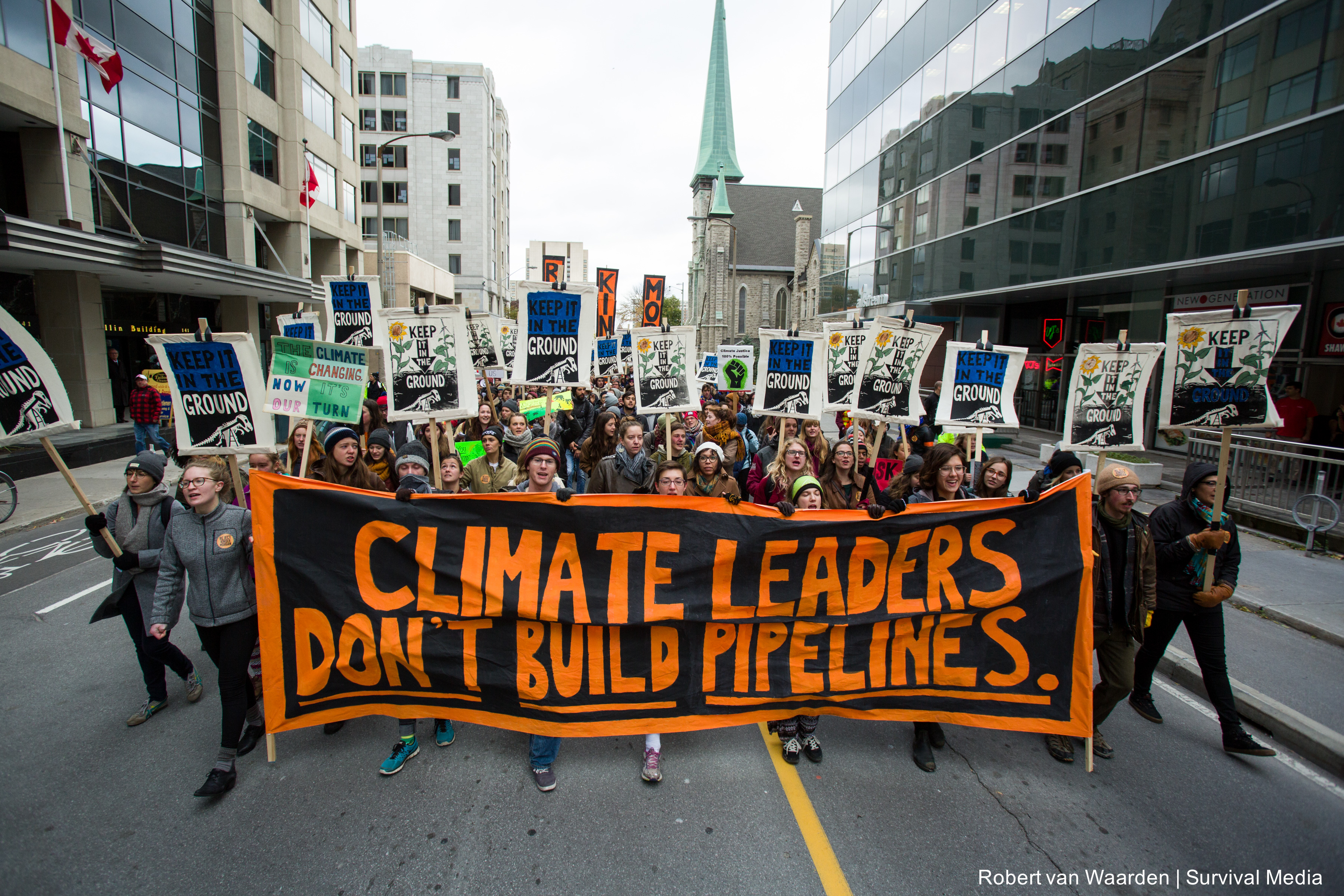 Before Donald Trump ascended to his gilded chair in the oval office and attempted to remove all trace of opposition to himself or his opinions, the Environmental Protection Agency (EPA) website showed that 20,000 oil spills were reported to the United States Federal Government each year. The erasure of statistical evidence from .gov websites has not managed to stop the occurrence of devastating petroleum leaks, however. Among other spills this year, an underground pipeline running through the American Midwest leaked over 520,000 liters of diesel fuel in Iowa on January 26. The company responsible, Magellan Midstream Partners, saw another pipeline rupture result in a civilian casualty last October in addition to being sued by the government for violating the clean water act multiple times.

Only two days before the Magellan leak, on the other side of the Northern border, Tundra Energy Marketing Ltd. saw a pipeline running through Saskatchewan burst, releasing over 200,000 litres of oil onto First Nation land. The privately held company released a statement claiming that they would work with government to make sure “affected land is restored properly,” a reality which is not attainable in the short term and which reflects a lack of ecological knowledge as to the effect the spill will have on ruptured ecosystems and the First Nation land upon which they depend.

The spills came just before Trump announced the re-authorization of both the Keystone XL and Dakota Access pipelines, both of which were and still are hotly contested by not only environmental and Native American groups, but a range of activists and citizens brought into the political process by a blatant disregard for environmental science. Nonetheless, and despite heavy pressure on both sides of the border, the news was welcomed by Prime Minister Justin Trudeau.

The news has fostered an unlikely fossil fuel alliance between two neighbouring world leaders whose style to confronting social issues could not be more different. Despite drastically different election and post-electoral rhetoric on environmental policy, it seems that the neighbours have found common ground on expanding their capacity to transport petroleum. While their promises have differed, with Trudeau claiming to be an environmentalist and Trump declaring that climate change is a hoax perpetrated by the Chinese, they have both approved extremely controversial pipelines which are out of touch with international commitments made by both nations to reducing climate change.

Trudeau claims that his mandate calls on him to balance between the business generated for Canadians by the tar sands in Alberta and the environmental costs of building new pipelines, but it seems more likely that he is navigating the waters between activist and student groups and wealthy interest groups from Calgary who represent a minute proportion of the population. It is a representation of remarkably short term thinking from a promising Prime Minister who is manoeuvring himself closer to President Trump than he might be comfortable doing. At a time when Trump is showing us tenfold the grave dangers of nationalism, it must be asked if Trudeau is ignoring the global risks of climate change because his nationalist – capitalist version of foreign policy indicates that by building these pipelines he can enrich upper class Canadians further and hope it trickles down to the rest. This is despite the research by the University of Massachusetts at Amherst which points to the fact that solar or wind energy projects create twice as many jobs as investments in the fossil fuel sector. A recent report by the U.S. Department of Energy shows that solar alone employed twice as many people in producing electricity as the fossil fuel sector last year combined. Coal, gas and oil accounted for only 22 percent of the Electric Power Generation sector’s workforce in 2016 versus 43 percent for solar. At the expense of his so called ‘environmentalism’ Trudeau will pursue policies he claims are best for Canada but may only be best for those who already have the ability to state their case.

In building Keystone XL for example, there would be a gross overstep of Canada’s environmental commitments for a project that provides few permanent jobs and would send 830,000 barrels of crude oil per day to an already oversupplied American market. In this sense, it is not just a question of the danger of transporting petroleum by pipeline, which spill three times as much oil as trains, but the fact that Trudeau has taken Alberta’s side in attempting to force an already over-saturated market to accept the exports from the tar sands and ignoring climate science. And on a larger scale, scientists warn that we may be facing a temperature rise of 7 degrees Celsius within our lifetimes, information which the actions of both the Trump and Trudeau administrations indicate they are ignoring.

It is possible that in electing Trudeau, Canada selected a rational, reasoned politician with a strong moral code.  Yet Trudeau falls short of the political makeup necessary to lead the country away from fossil fuels and the influence of monopolistic multinationals and into the kind of systemic change needed for politicians to look past short term goals and towards the ecological black hole into which humanity is falling.

With Trump’s election, Canada has been thrust into the geopolitical limelight, but it appears it will not take on the environmental mantle at a time when Trudeau is needed in that capacity more than ever. It seems as though the electoral promises made by the Liberal Party candidate are falling away one by one, from electoral reform to environmental policy. The truth is, if Trudeau is to make positive change he will need to stop trying to hug the centre and do what is right.