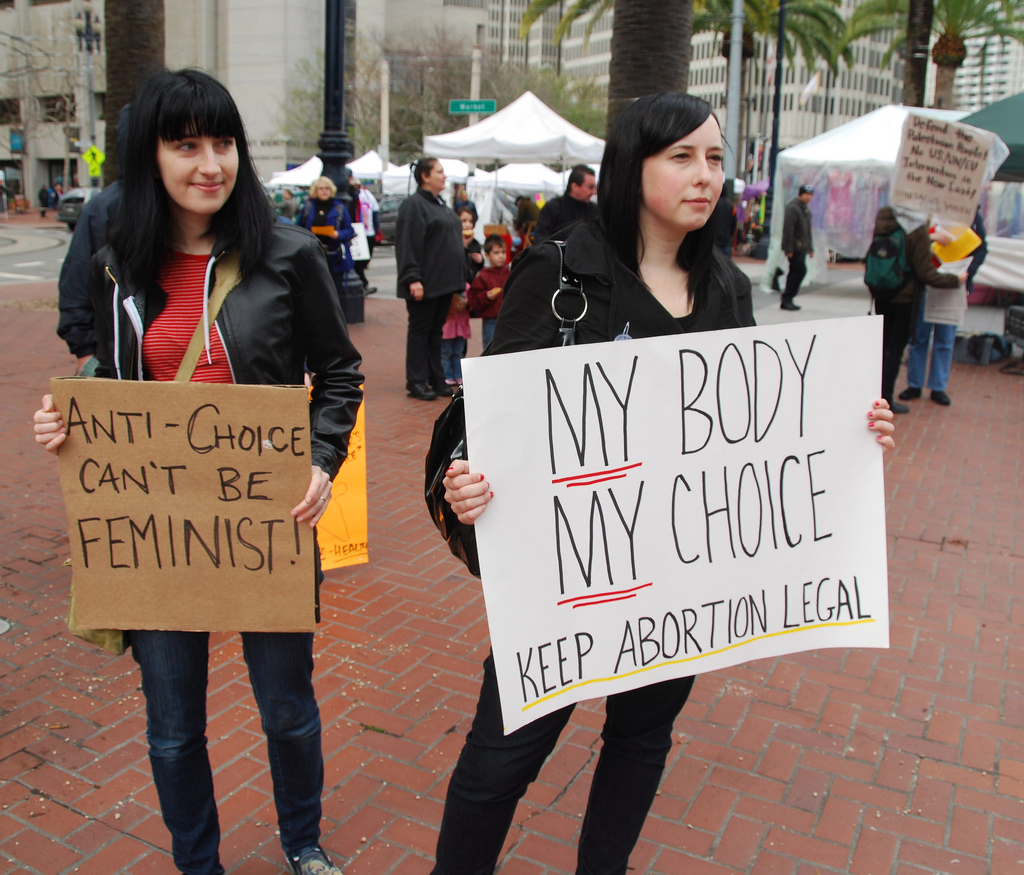 In March 2016, Donald Trump, then-candidate to become the most powerful person in the world, made a shocking statement. If abortion were made illegal on the federal level in the United States, Trump said, there should be “some form of punishment” for women who still seek the procedure. Even though he seemed to backpedal from the statement a few hours later, the proclamation left many American women fearful for the future of their reproductive rights. Four months later, these exact same fears were further compounded when Trump selected one of the most anti-abortion Republicans in Washington, Mike Pence, to be his vice president.

Women in the U.S. and across the world have every reason to worry. Despite the Roe v. Wade decision in 1973, women still do not feel safe about their reproductive rights. Time and time again, with the change of the president’s political party, women have feared that their reproductive rights may be taken away. However, the new element with Trump and his administration is that women may soon be punished for seeking an abortion.

Hardly a week in office, Trump’s pro-life stance, buoyed by rhetoric from many Republican lawmakers, was on full display. On Monday January 23, the new president reinstated the Mexico City Policy, also known as the “global gag rule, banning “international not-for-profit organizations from providing abortion services or offering information about abortions if they receive US funding.” The next day, a vote passed in the House of Representatives to permanently ban the use of Medicaid funding to go toward almost all abortions. This latter policy change clearly disadvantages low-income women who benefit from Medicaid, the extensive health care program assisting individuals and families with limited resources.

On January 26, Trump sent another strong pro-life message by sending his VP to the anti-abortion March for Life to speak before the demonstrators. It was the first time a president or vice president had ever attended the March for Life, a fact that makes Pence’s presence all the more significant. The vice president made an impassioned speech about “life winning again” in the U.S. thanks to the new administration’s pro-life agenda. At the March for Life, Pence preached ideologically about the need to restrict abortion. However, his speech did not mention the very real, non-ideological consequences of restricting abortion, namely that lack of access to safe abortions marginalizes vulnerable, low-income female groups.

On top of these provocative acts, a group of Republican congressmen advocated for the passing of a federal ‘heartbeat bill’ on January 27. The bill would ban abortions after a heartbeat is detected, making the cut-off date as early as 6 weeks, a benchmark at which most women do not know if they are even pregnant. Despite its slim chances of becoming law, the bill seems to be a symbolic attempt by Republican congressmen to overturn Roe v. Wade.

In addition to Trump’s promise to defund Planned Parenthood through the appointment of the pro-life Neil Gorsuch Justice to the Supreme Court, Trump’s election has allowed the resurgence of proposed anti-women laws. In early January, Tony Tinderholt, a Republican lawmaker in the Texas House of Representatives, offered an example of what radical anti-abortion stances can lead to. Tinderholt introduced a bill criminalizing abortion for women, called the “The Abolition of Abortion in Texas Act.” Tinderholt believes that the law would make women “more responsible” for their sexual actions, using undoubtedly misogynistic rhetoric that puts the “blame” for unwanted pregnancies solely on women, regardless of whether they become pregnant through rape or incest. While Tinderholt’s bill is very different from Trump’s current plan to simply defund Planned Parenthood, past remarks by Trump have shown that criminalizing abortion in the U.S. is not a crazy possibility. On Twitter, actress Jessica Chastain replied to the news about Tinderholt’s bill by saying “Out of 12 million single parent families in 2015, more than 80% were headed by single mothers,” and “Would it also force men to stick around to raise the kid? Today 1 in 4 children are raised without a father [and] 45% live below the poverty line.” Chastain raises the point that the responsibilities concerning children go far beyond the mother and the right to abortion. By criminalizing abortion, Tinderholt would put the sole legal and moral blame on the mother, without “convicting” any man who is not responsible enough to be a father to the child. Even though Tinderholt’s bill is unlikely to pass, it offers an example of the extreme situations where a radical anti-abortion stance can lead.

A foreboding lesson to American policymakers like Trump and Tinderholt can be found in El Salvador’s experience in total criminalization of abortion. A combination of radical “pro-life” ideology, religion, and “machista” culture makes El Salvador a tragic case of violation of women’s human rights through the limitation of their reproductive rights. While abortion is illegal and doctors who perform abortions are often prosecuted in many countries, El Salvador is the only country other than neighbouring Nicaragua that actually prosecutes women for the crime. Women can be sentenced to more than 30 years in prison for having an abortion, even in cases of miscarriages or stillbirths. El Salvador persecutes these women without providing proper access to sexual education or contraception. No man is ever held responsible for an unwanted pregnancy. All these realities contribute to a system of state-supported socioeconomic inequalities between men and women by trapping the latter –particularly the most vulnerable– in an endless cycle of poverty.

The case of El Salvador shows how criminalized abortion disadvantages women from a socioeconomic standpoint. With abortion criminalized, young, option-less pregnant women are often forced to continue their pregnancy and interrupt their education. Studies have shown that the “rate of women who continue with their pregnancies is directly related to the school dropout rate.” These alarming statistics demonstrate how the total criminalization of abortion disadvantages women more than men and also poor women more than those better off. The Salvadoran law on abortion therefore not only affects women but especially poor women. By being forced to continue the pregnancy, poor women have no chance to complete their education, find higher paying jobs, or leave their often rural communities. The law banning abortion thus hurts their chances of escaping the poverty trap and leaves them in a continuous cycle of marginalization.

In addition to the gender inequalities created by the full criminalization of abortions, there exist significant negative consequences of these laws on survivors of rape. Whether it be in the United States or El Salvador, sexual violence can result in unwanted pregnancies. By outlawing abortion for survivors of rape, El Salvador legitimizes gender discrimination by showing complacency to the perpetrator of the crime (the male) and letting the survivor (the female) bear the potential pregnancy and its consequences. Additionally, the lack of access to contraceptives represents a “barrier to access to services” for minors and pushes young women to seek unsafe and illegal abortions. Unsafe abortions account for 13% of maternal deaths in the world. It is in this way that, in addition to the brutality of the rape, women face the trauma of underground and unsafe abortion by doctors who perform the procedure without any medical accountability.

The United States and El Salvador are two drastically different countries. However, when the future of women’s reproductive rights is under threat in one of the most influential countries in the world, women have reason to worry. The case of El Salvador demonstrates how restricting or criminalizing abortion disadvantages vulnerable women and traps them in an endless cycle of poverty and marginalization. The United States must look at El Salvador’s laws as evidence that criminalizing abortion will not stop it from happening and that it merely stops it from happening safely. From here, Trump and his pro-life Supreme Court justices must realize that, if they attempt to overturn Roe v. Wade while simultaneously failing to increase sexual education on a federal level, they will be violating women’s free reproductive choices.