The "leader of the free world" is setting a dangerous precedent. 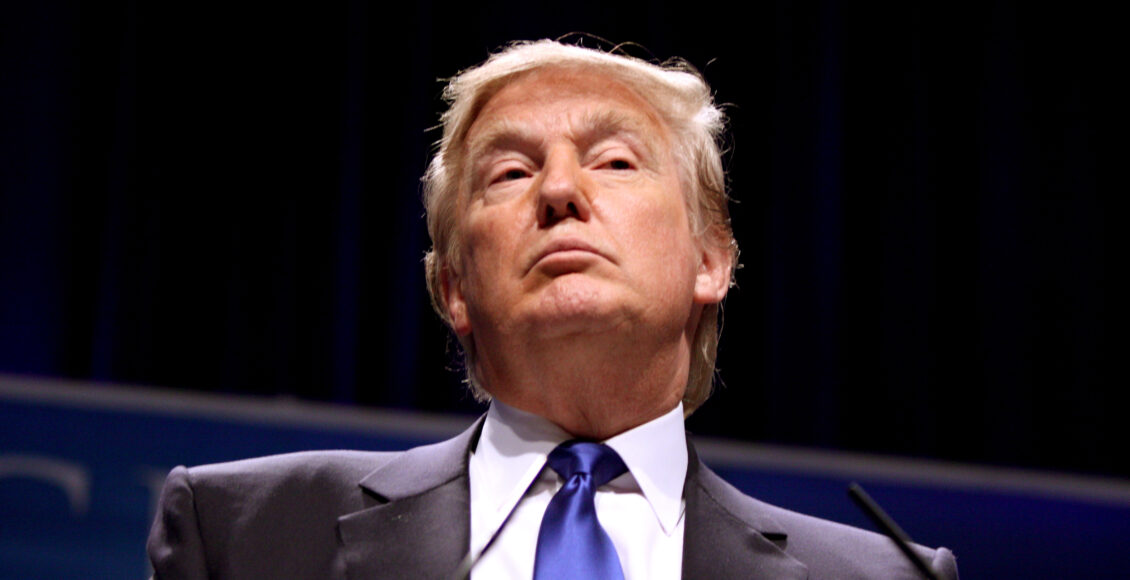 With the US election two weeks away, America could be looking at a new president in 2021. Yet, President Trump has refused to commit to a peaceful transfer of power. When asked by reporters in late September whether he would respect the results of the election if he lost, Trump replied, “We’re going to have to see what happens.” Then he called yet again for the elimination of mail-in ballots, predicting that without them, “There won’t be a transfer, frankly. There will be a continuation.”

This isn’t the first time Trump has refused to commit to accepting the results of a federal election. He did the same in his 2016 presidential race against Hillary Clinton, who called it an “unprecedented attack” on democracy. But now that Trump is president, such an “attack” is backed by far greater power than it was during his candidacy. If Trump loses the election in November, what follows may put America’s democratic safeguards to the test. But Trump’s actions also have a powerful symbolic impact that shouldn’t be ignored.

Donald Trump is far from the only world leader reluctant to relinquish power. In the past few years, we’ve witnessed an alarming trend of leaders attempting to increase their power through legal reforms that undermine democracy.

Prior to being re-inaugurated in 2018, Turkish president Recep Tayyip Erdogan published a lengthy decree, which altered the operation of nearly every governmental body and substantially increased his own power. Earlier this year, Hungary’s prime minister Viktor Orban exploited COVID-19 by declaring a state of emergency, which permits him to rule by decree indefinitely.

Other leaders have sought to extend their terms or prolong their rule indefinitely. Notable examples include Xi Jinping of China and, more recently, Russian President Vladimir Putin. In March of this year, the Russian parliament proposed a constitutional amendment in an act of “political theatre” likely orchestrated by Putin. The amendment would leave current presidential term limits in place, but would reset Putin’s tenure to zero, potentially allowing him to rule until 2036. Many people saw this move as paving the way for Putin to become Russia’s “eternal leader”.

Xi Jinping also made moves to secure power as China’s “president for life.” When the presidential and vice-presidential term limits were stricken from the Chinese constitution in 2018, Trump praised Xi and has since ‘“joked” repeatedly about seeking to remain in office longer than the US constitution permits. In classic Trumpian style, we are left guessing as to how much of a “joke” this really is.

President Trump appears to have a sort of odd respect for dictators including Putin, Xi, and North Korean leader Kim Jong-Un. Trump seems to try to emulate their brand of strong-man showmanship, attempting to portray himself as a ruthless tough guy, a symbol of unforgiving strength and unwavering power. Given all this, it’s unsurprising that Trump wouldn’t readily and explicitly agree to step down if he is voted out of office.

Although Trump’s emulation of authoritarian leaders is concerning, it’s important to remember that, unlike these leaders, Trump heads a liberal democracy. That means — at least in theory — that although he may exhibit a strongman personality, he lacks strongman power. The American system is structured in a way that inhibits Trump from defying election results.

The constitution mandates a limit of two four-year terms. When their term expires, the sitting president immediately loses all executive authority. The president lacks the authority to alter constitutional limits to their power independently. In fact, the president has no role in amending the constitution; amendments are proposed by Congress and require a two-thirds majority in both the House of Representatives and the Senate. Since the House is currently held by the Democrats, the ratification of any amendment which specifically served the interests of the Republican party or the current president would be nearly impossible.

In a recent resolution, the Senate expressed its unanimous commitment to ensure a peaceful transfer of executive power. This suggests that the Republican majority in the Senate will not work in Trump’s favour should he seek to defy voters. In the wake of his comments calling into question the integrity of mail-in ballots and his refusal to commit to peacefully stepping down, several prominent Republicans have voiced disapproval. This includes Senator Mitch McConnell and Senator Mitt Romney, who have reaffirmed the US government’s responsibility to uphold the principles of democracy and the peaceful and orderly transition of power. This sentiment was echoed, albeit more adamantly, by Democratic House Speaker Nancy Pelosi.

All this makes it doubtful that Trump could actually remain in office if he were to lose the election. But even if he’s all talk, it’s still important to consider the implications of what he says. Even if Trump himself won’t be able to defy an election loss, a more realistic chain of events could see the more extremist wing of his dismayed supporters expressing their outrage through violence. As former US attorney Barbara McQuade points out in writing for The Atlantic, “the key to the peaceful transfer of power is the conduct of the outgoing leader himself.” The president is in a position to model an acceptance of the election results and faith in the integrity of the democratic system. Failure to do so could have serious implications, and even his previous evasion of questions about the transition serves to frame his supporters’ expectations about the upcoming election and their reactions to its results. If Trump loses the election and takes to Twitter, disparaging the results as the product of rigging or a conspiracy against him, this could also have a serious toll and rally his supporters.

Ultimately, Trump’s rhetoric is a symbolic threat. The fact that a president — sitting or otherwise — would fail to support the preservative mechanisms of the democratic system leaves a mark on the American ideal of democracy.

If Trump is voted out of office in the upcoming election, America’s constitutional safeguards could be put to the test. But regardless of election results, it’s worth considering whether Trump’s failure to endorse one of the fundamental principles of free and fair elections might already have had a damaging impact. Both for future leaders of the United States and for countries around the world which still look to America as the leader of the free world, Trump has set a dangerous precedent.