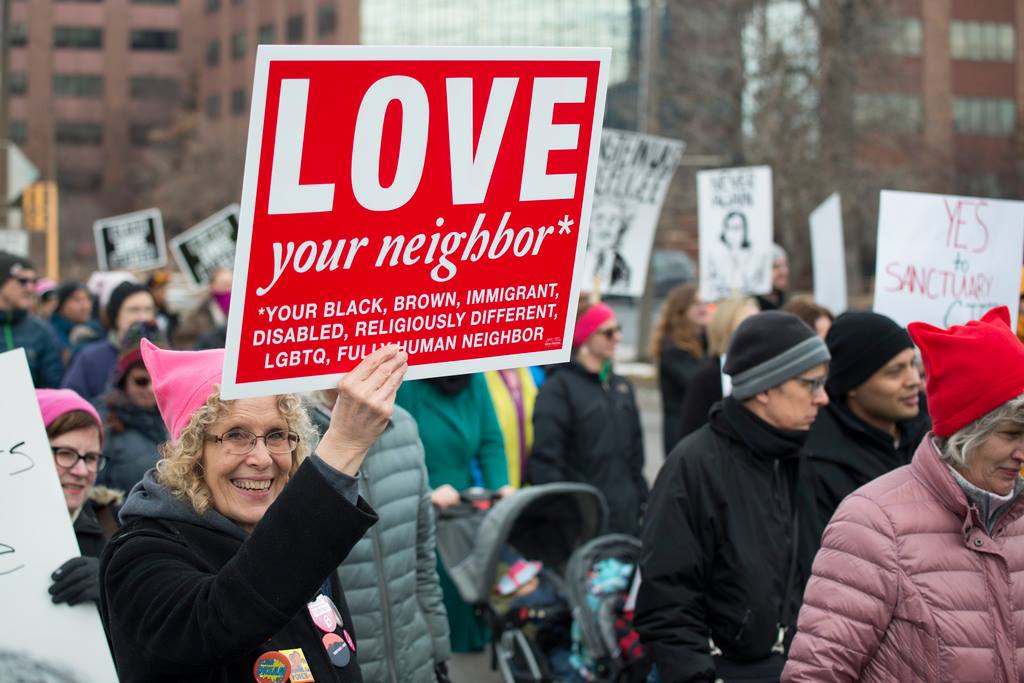 According to a CNN source close to the White House, on January 11, 2018, U.S. President Donald Trump allegedly referred to a group of predominantly U.S.-allied African and Central American nations as ‘shithole countries’ at a private meeting with U.S. lawmakers. The comments were reportedly made during a discussion about proposed protections for immigrants as part of a temporary protected status program, during which Trump asked: “Why are we having all these people from shithole countries come here?” Along with the general public,  Republicans and Democrats alike decried the statement; Republican Representative for Florida Ileana Ros-Lehtinen responded by saying, “Language like that shouldn’t be heard in locker rooms and it shouldn’t be heard in the White House.” Illinois Democratic Representative Luis Gutierrez said, “His comments are disappointing, unbelievable, but not surprising. We always knew that president Trump doesn’t like people from certain countries or people or certain colors.” Fellow world leaders were also up in arms on hearing of his comments. French President Emmanuel Macron said, in a BBC interview, “A lot of our issues, both in the Middle East and in Africa are due to a lot of past humiliations […] we have to respect all the countries – that’s what we owe them.” Following widespread media and social uproar, Trump denied making the remarks.

There is something very backward about the opinion Trump seems to have on these countries, given America’s history as a nation that has typically exploited, even ravaged, developing countries for the sake of its economic growth and political expansion. Iran, for example, has suffered under US meddling. In 1953, following quarrels over the nationalization of the Anglo-Iranian Oil Company (AIOC), the US helped to destabilize Prime Minister Mossadeq in a Coup d’état in order to install a more pro-America (and authoritarian) Shah. The 1953 coup is now recognized as a “setback for democratic government” in Iran which left “a haunting and terrible legacy.” In other words, Washington, the “mecca of democracy”, sanctioned a coup d’état to replace a democratically elected leader with a dictatorial monarch. Mossadeq’s removal from power was used as a rallying cry during the 1979 Islamic Revolution; and today, Iran has evolved into an autocratic theocracy, hell-bent on destabilizing US interests in the Middle East. Given America’s historical relationships with certain developing countries, the crudeness of Trump’s language displays a lack of tact, and a failure to recognize basic sensitivities such as these in US foreign relations.

Not least, Trump’s comments also reveal a lack of economic understanding of migration policy: migrants prop up America’s public services – thousands of highly educated, highly skilled migrants from the countries he referenced boost the American economy and productive capacity every year; regardless of the economic standing of their countries of origin. In addition, around 65,000 immigrants make up America’s armed forces; approximately 8% of its navy is foreign-born. Trump’s apparent lack of respect for this fact is reminiscent of the distasteful comments he made about the mother of a Muslim soldier killed in Iraq in 2016, during a speech made by the soldier’s father at a Democratic National Convention, when he said the mother was not “allowed” to speak because of her culture.

Haiti is a country that has struggled economically and politically since its independence from French colonization. This is largely due to repeated foreign intervention in its domestic politics and economy, especially from the United States. Following its independence in 1804, the US refused to formally recognize Haiti for six decades, during which it subjected the country to a crippling trade embargo that isolated its economy. Further injustice came from 1915-1934, when the US occupied Haiti, following a period of relative political instability. During the occupation, the US government paid little respect to the lives of Haitians, passing over 100,000 hectares of Haitian-owned land to American companies, displacing 50,000 Haitian farmers in the process. In 2016, Trump visited ‘Little Haiti’ in Miami during his campaign for the presidency, telling a crowd “I empathize with you…I understand you, I share your values as hardworking people…I want to be your best champion”. Shockingly, Haiti was a country referred to directly by Trump in the recent lawmaker meeting, and he reportedly said: “Why do we need more Haitians? Take them out.”

In recent years, efforts to help Haiti in its economic development have been apathetic at best. America has long provided aid and food imports to the country, but many of these schemes actually harmed the Haitian economy. American rice subsidies, for example, undermined many local farmers and rural villages by reducing the price of their produce; under the subsidy policy, foreign rice was dumped in Haiti, which “negatively affected rural Haitians”, according to a report by Oxfam. Former US President Bill Clinton has been publicly quoted as saying the policy was “a mistake”. After the 2010 Haitian earthquake, the US promised Haiti $3.6bn in aid. However, 60% of this aid was “not specified”, meaning its spending could not be tracked. Of the aid that was specified, most was allocated to US for-profit organizations (48%) and US non-profits (36.7%), rather than Haitian organizations. By funnelling money through foreign contractors rather than Haiti’s government or its local organizations, the efficacy of the aid has been reduced by inefficiencies, a lack of accountability and transparency.

Trump’s plan to put “America first” in foreign policy also poses direct risks for developing countries. His protectionist rhetoric, as well as apparent recognition of trade as a zero-sum game, signals Trump is not immensely keen on striking trade deals with emerging markets. Trump seems bent on renegotiating the NAFTA agreement, for example, in order to create an agreement more favourable for the US balance of payments, but with fewer concessions to Mexico (and Canada). This is an extension of Trump’s signing of an executive order to withdraw from the Trans-Pacific Partnership (TPP), a proposed trade agreement including Chile, Peru and Vietnam. Trump’s lack of commitment to global development-friendly trade policy makes his “shithole countries” comment even more distasteful, considering the President does not seem willing to assist these countries with economic improvement through trade.

The US clearly has a hand in the fragile economic position of developing countries. As such, it is important that its foreign policy stay grounded in respect for these nations. What is most alarming is the question of whether such language, as that used in the January 11 White House meeting, has become normalized within the Trump Administration, and what implications that has for America’s position on global affairs. As the world’s leading economic superpower, the US has a major responsibility in global development. It has the power to greatly enhance the development prospects for poor countries, and in turn, lift millions out of poverty. The President’s latest comments about developing countries are not simply another entertaining gaffe to add to the Trump media roll. Rather, they are a worrying sign of the shape American foreign policy could take under his administration. An inward-looking America with little consideration for people of developing countries will provide little hope for the world’s poor, and hold back much-needed efforts in global international development.

Zachary Nanji is an undergraduate student at McGill University majoring in International Development Studies, with interests in European politics, business, and technology.