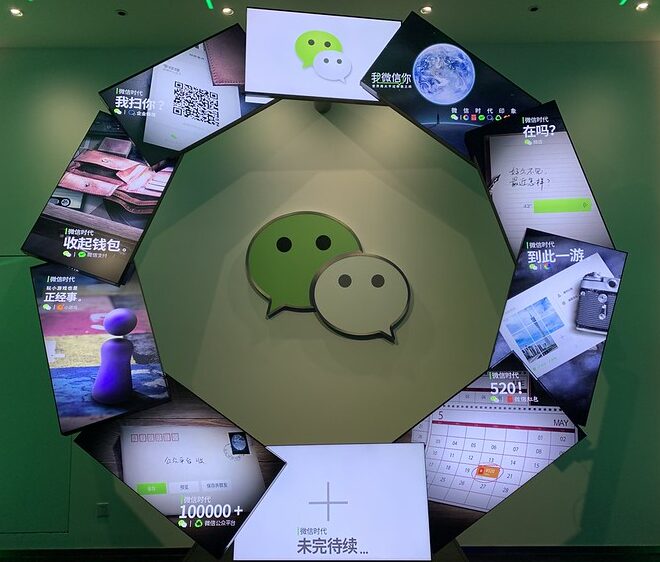 President Trump’s latest move against China may only succeed in alienating Chinese-Americans. "TenCent" by Keso S is licensed under CC BY-NC-ND 2.0
Share

Amidst the cyberspace battle between the United States and China, the limelight has been centred on President Donald Trump’s proposed ban on two popular Chinese-owned social media apps: TikTok and WeChat. On August 6, Washington announced the “Clean Network Program” to safeguard American assets and citizens’ privacy. The policy shift over the popular video-sharing app has generated significant public outrage, though a similar reaction to the latter app has been missing. For many in the West, WeChat exists as an elusive digital presence, auxiliary to the Chinese government’s stronghold on free expression, thus making banning it justifiable as a matter of national security. In shifting away from Trump’s America-First narrative, however, the credibility of the WeChat threat comes into question. The ban may only succeed in severely alienating the Chinese community and aggravating further Sino-American conflict. Severing ties with China’s social media lifeline to the West would only offer Washington more costs than benefits.

Released by homegrown Chinese tech giant Tencent in 2011, WeChat — dubbed Weixin (微信) by its Chinese users — hosts over a billion users worldwide. Branding WeChat as a social media powerhouse may be an understatement for the millions of Chinese who rely on the app every day. The app not only boasts a reliable international messaging and social media network, but also hosts popular mobile payment, news feed, delivery service, and ride-hailing systems.

WeChat has long been surrounded by security concerns as its massive user base and social influence have allowed it to be leveraged as a crucial tool in the Chinese Communist Party’s (CCP) censorship regime. The app makes use of text-based surveillance and censors vital news and topics including criticism of President Xi, the trial of Huawei CFO Wang Mengzhou, the #Metoo movement, and most recently, COVID-19 information. Outside of China, the platform has become a key conduit for the spread of CCP’s propaganda. Corroborating this notion, research from the University of Toronto’s Citizen Lab found that Beijing’s monitoring extended to the accounts of the app’s internationally-based users.

While the US’s ban may be justified in the face of China’s “Great Firewall,” the authoritarian-style ban finds no place in America’s prized democracy. Beijing’s “Great Firewall” has been in place since the 1990s, but with regard to the near-singular ethnic origins of WeChat’s user base, never before has a president sought to issue a unilateral ban on any social media platform upon which a minority community depends for communication. Chinese Ministry of Foreign Affairs spokesman Wang Wenbin referred to Trump’s order as a “nakedly hegemonic act,” saying that, “On the pretext of national security, the US frequently abuses national power and unreasonably suppresses relevant enterprises.” With the increasing competition between the two superpowers for structural dominance, particularly in the realm of global technology, the administration is ever more pressed to aggrandize the threat posed by WeChat.

The executive order, above all, frames the national security concern as one over data security and the threat of potential espionage. According to the US Department of Commerce, the CCP has demonstrated the means and motives to use its social media apps to “threaten the national security, foreign policy, and the economy of the US” However, with other American platforms, such as Facebook, that employ similar predatory data-sharing functionality, it is important to note that such a claim may be overstated.

A critical distinction that sets the perceived WeChat threat apart from the TikTok threat is its user base. TikTok boasts a global number of approximately 800 million active monthly users and is majorly popular amongst American young adults. In August, TikTok learned that 100 million of those users were based in the US. For WeChat, however, despite its approximately 1.2 billion active monthly users, only a comparatively meagre 3.3 million users are situated in the US A Statista Survey from 2018 complements the disparity, showing that 87 per cent of American internet users have never used the application. Such user statistics reinforce the disparity of influence and threat potential between the two apps. According to Fergus Ryan, analyst at the International Cyber Policy Centre, where TikTok’s large user base and mainstream appeal lends Beijing greater political leverage, WeChat, in spite of its highly surveilled and censored nature, has its scope of influence limited to its predominantly Chinese user base. To this end, the CCP’s censorship regime does not hesitate to discriminate against its Chinese users as it transcends national borders.

WeChat’s user demographics offer another key takeaway: the ban disproportionately burdens and alienates the Chinese diaspora. The executive order underscores the xenophobic tones that have only grown with the ensuing power competition between the US and China and the “Kung Flu” discourse surrounding COVID-19’s outbreak in Wuhan, China earlier this year.

The super-app serves as a lifeline for Chinese-speaking immigrant communities in Western democracies like the United States. For overseas Chinese, WeChat fills the gap that language barriers leave. Additionally, if the ban is enacted, Beijing’s Great Firewall, which bars many popular American social media and communication platforms, in conjunction with steep international calling rates, will leave both overseas Chinese and Chinese-Americans without a reliable alternative for communication. This will inevitably disrupt links to family and friends at home, forcing Chinese-national relatives, old and young, to learn alternative means of crossing China’s “Great Firewall” through Virtual Private Networks (VPNs) and email.

Furthermore, given that the proposed ban follows a series of policy measures targeted at China and its nationals, the WeChat ban may only exacerbate the budding Chinese brain drain. In early September, the Trump administration revoked 1000 student visas for Chinese students that they had deemed a security risk and expelled those with ties to China’s military. This crackdown on Chinese intellectual communities has also been felt by scholars. In the past two months, four Chinese researchers working in the United States have been charged with visa fraud for allegedly failing to declare links to China’s military. For the over 370 thousand Chinese students and scholars in the US, such moves not only foster a sense of disillusionment with the West, but also a hostility that makes them reconsider their rights in America. In the foreseeable future, Chinese students may opt to pursue their studies abroad in Australia, Canada, or Europe, if not to simply remain in China.

The executive order even extends the threat to one of Trump’s most unique support bases: the Chinese American Alliance, otherwise known as the home of the grassroots Chinese Trumpism movement. In the advent of the 2016 election, Trump’s Chinese supporters, with much irony, found each other through WeChat, and it has subsequently become a place to mobilize for his reelection. While the ban is unlikely to sway many Chinese Trump devotees, some have begun to feel the effects of Chinese alienation, potentially causing them to reconsider their ballots. These effects may become evident in swing states where the Chinese-American vote holds considerable weight.

For the moment, Chinese users will get to be relieved of such concerns. On September 20, at the behest of an independent, non-profit group, the US WeChat Users Alliance, a federal judge halted Trump’s order on the app’s ban, citing infringements on First Amendment rights as well as the undue hardship placed on the Chinese community. Nonetheless, the threat of a WeChat ban remains in the air. A better alternative policy that considers the federal court’s injunction against the WeChat ban may still achieve the administration’s goals of safeguarding America’s assets and protecting its citizens’ privacy. Former chief economist at the Asian Development Bank, Shang Jin-Wei, recommends a three-pronged alternative strategy, which discloses data-security concerns upon downloading, bars advertisements targeted towards American users, and prohibits all affiliates of US government agencies from using the app. Washington must reconsider the costs of the perceived national security threat in order to prevent the further aggravation of fizzling Sino-American relations and the xenophobic cast on minority-targeted domestic policy.