Recovery Time TBD: Tuberculosis And The Fight For Global Health 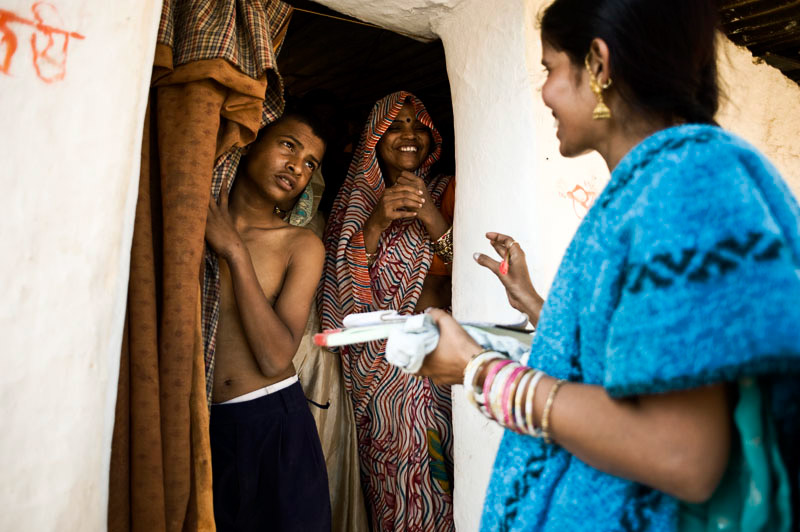 10/07/2013 A woman explains how fingerprinting can be used to track TB patients, and insure they're receiving all proper medication https://flic.kr/p/gszWzL
Share

When considering disease endemics in the developing world, the focus falls most commonly on HIV and malaria. Attention is rarely turned to tuberculosis (TB), a far deadlier disease that annually kills more people than the aforementioned two combined, with 1.8 million deaths in 2015, alone. It is a disease which has existed in some form or another for millennia. From the instructional histories of Hippocrates to the grim tales of Dostoyevsky, tuberculosis (or “consumption” in pre-germ theory literary works) has ravened the poor and destitute. Despite best attempts by modern medicine, the disease is far from eradicated.

In its march forward, the bacteria have taken a turn for the Darwinian.  The ancient disease is making a far deadlier comeback in the form of multi-drug resistant strains caused by, ironically, antibiotics themselves. When a course of antibiotics isn’t fully completed, most bacteria die, but the strong survive. The few resistant bacteria, originally mixed in with such a large quantity of “normal” bugs that they are of no importance, suddenly have free range to multiply. And thus, a drug-resistant infection is born. The drug schedule for tuberculosis is grueling – multiple pills a day for 6-9 months at a minimum. The side effects can be debilitating, and often patients must travel far and pay extraordinary amounts of money to even receive their medication.

Even if an antibiotic regimen is completed, there’s no way for an already drug resistant infection to be cured. As few diagnostic tests for TB include the added ability to detect drug resistance, doctors in India tend to prescribe medicine on a hit-or-miss basis. Those with multi-drug resistant TB will take antibiotics but fail to recover, and never really know why. Patients will spend the critical months at the start of the infection only growing sicker. The tests which can detect antimicrobial resistant genes cost more than most national budgets allow.

India provides an effective case study for nation level (mis)management of tuberculosis care. TB is the 9th leading cause of death globally, but India continues to struggle with a staggeringly disproportionate TB burden. The country annually accounts for 27 percent of the world’s 10.4 million new cases of the disease, and 29 percent of the 1.8 million deaths. In India, TB ranks in the top 5 causes of death, despite national efforts to curb the disease. The world’s largest TB program is somehow not sufficient, so what can improve?

According to the World Health Organization (W.H.O.), India had a budget of $280 million for TB in 2016; funds from international sources made up for 62% of it. By contrast, South Africa — with less than one-twentieth of India’s population — spent $425 million on TB, with only 8 percent of it from international sources. Fulfilling the Indian government’s goals of a 90 percent success rate for public notification of each TB diagnosis and a 90 percent treatment success rate requires money – more money than what is available in India’s shrinking TB budget. Free TB treatment for every Indian citizen infected with the disease is only part of the financial strain. Each sector of the health care system must be modernized, from a rural clinic up to national laboratories, throughout every step of the TB care chain, from initial diagnosis all the way through post-treatment.

A new action plan is vital for both the economic prowess of the country and the lives of citizens infected with tuberculosis. Currently in India, chronic underinvestment and poor implementation strategies have left 41% of patients without access to these government sponsored drugs. Instead, many patients seek out private health care, which isn’t integrated into the national TB program. In doing so, patients pay inordinate sums of money for drugs to fight the disease, leaving them, more often than not, with massive amounts of debt. Tuberculosis is a disease with disproportionately impacts the poorest in a society, so this disease, while curable, is often completely life altering. Risk factors for TB (malnutrition, pollution) are associated almost exclusively with poverty, and have only exasperated this rich/poor disease burden divide.

This isn’t distinctly a “third world” issue. Tuberculosis will most likely remain a “poor person’s disease”, but it demonstrates that antibiotic resistance knows no socioeconomic borders. Doctors Without Borders has described antibiotic resistance as a “slow tsunami”, one which will decimate local, national, and international health infrastructure and cause unimaginable casualties in the coming decades. The Ebola and Zika epidemics enlightened the world to the fact that “overseas” outbreaks have a tendency to hop borders. In our increasingly interconnected society, disease can travel across oceans quickly and easily as business traveler or tourist, so problems relegated to the global South won’t stay there for very long.

If the United States continues slashing humanitarian aid budgets, the West needs to treat global health, especially diseases prone to antibiotic resistance, as a defense issue instead. Global pandemics are a matter of economic and national security, not just humanitarian importance. The United States should, as the United States is prone to do, attack the conflict (disease in this case) on its home turf, before it can spread to our own shores. The United States should heed the call of its own National Academies of Science, Engineering, and Medicine to fund improvements in public health capacity in developing countries, as the next major outbreak may not be so easily contained.