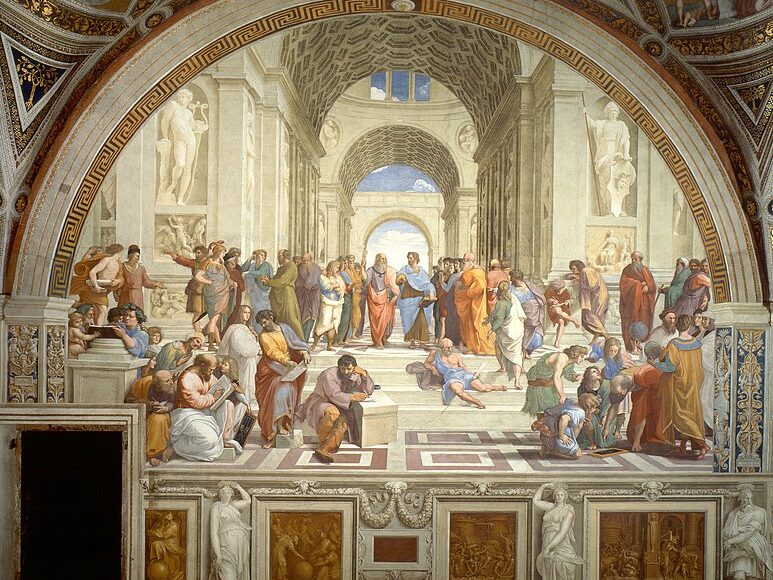 In recent years, the US has continuously outpaced European countries—save the United Kingdom—in tuition fee increases and average tuition costs for public education institutions. As Americans take out increasingly large loans to compensate for the inability to cover tuition costs, higher education in the EU continues to be heavily subsidized and supported by the government. To put this in perspective, student loan debt in the US averages around $28,000 per student and over $1.75 trillion in total. European countries such as France and Germany have virtually no student loan debt in the country due to very low or non-existent tuition fees. While countries such as the UK and Australia have sizable loan debt numbers in the $16,000-54,000 range per student, they also have a different framework of repayment plans in place. Both practice delayed repayment, which postpones student loan payments until the borrower makes enough money. Australia specifically has an extremely progressive repayment plan that uses a tax deduction system to organize payments for student loans.

Support for student loan borrowers in the US has historically been facilitated by various government schemes.  For certain student loans, the government pays the interest while students actively pursue their studies, so no interest accrues while they are full-time students. There is also an opportunity for students to extend the period in which the government will pay interest, depending on their post-graduate situation. However, these minimal efforts still leave students feeling helpless and overwhelmed in their efforts to afford college. Some students in a CNBC interview even joked about needing to “marry rich” or join the military to pay off debts. With this in mind, not only does the US differ from European countries in terms of student debt, but it also stands alone in how government regulations deal with student debt compared to other countries with comparable debt numbers.

Despite this array of student debt values and differing approaches to debt issues, there are still definite disparities in the sticker price of university education between EU and American universities. These differences can largely be attributed to the culture surrounding university and student experiences. To understand this, it is useful to view American higher education as a market. The sellers—universities—are trying to attract more buyers—students and their families. When customers increase, so do profits, which means institutions have more capability for research, development, and investments attached to the university. This means that universities are tasked with convincing customers to choose their institution over the roughly 4,000 other degree-granting postsecondary institutions across the United States. Like any good salesperson, universities attract customers by increasing the desirability of their institution, mainly through the implementation of more amenities and services for students. When students and their families are making decisions about university, they want to make sure there are proper resources that are going to ensure the success of students. Mental health services, athletic facilities, and career counselling services provided by the school are all examples of what schools can and will provide in order to attract students and help ease them into the real world. Furthermore, universities focus on the opportunity that a degree from that university will provide by emphasizing the success of their students and the capability of achieving success with this specific university degree.

European universities do not offer nearly such a wide array of amenities to students, largely because students don’t look for these when applying to schools or making decisions about where to attend. While many people in the US blame the universities themselves for implementing these benefits and using them as an excuse to charge high prices, many universities point back to the consumers and say that these benefits are merely a response to increasing demands from increasingly expectant customers.

Luckily, there is a way to evaluate who is fuelling price increases: by viewing consumer responses to hikes in tuition fees. In the early 2000s, German economist Malte Hübner studied university fees in relation to enrolment rates and found a heavily negative relationship between the two. As fees increased, fewer students applied and enrolled in universities. With various career-prep alternatives for German students, many decided to pursue different paths of education and career prep rather than pay increased tuition fees. In the UK,  where tuition fees have more closely mimicked the upward trajectory of American institutions, increased tuition fees have also proved effective in decreasing enrolment rates, similar to how they did in Germany. In addition to decreased enrolment, student protests against tuition increases have become commonplace in the UK, showing an evident and vocal disdain from students toward these decisions.

Across the Atlantic, not only have students in the US more passively accepted tuition fee increases, these fee increases have actually increased the desirability of higher education. As tuition fees increase, so do interest in universities, and the number of applications schools receive. American universities have created a market that defies the laws of demand that other countries logically follow. In economics, this type of product is referred to as a Veblen good which means that as the price increases, so does the demand for that good. This contradicts the widely accepted economic theory that when the price of a product rises, demand for that product will decrease. Often, Veblen goods that defy demand theories are high-end luxury items such as designer handbags, luxury cars, and even expensive alcohol. In this case, the luxury good is a college diploma and the resources and prestige associated with such a degree.

To help understand why this phenomenon persists, we can use another economic concept: opportunity cost. While the costs of higher education in the United States may seem extreme, many people view their student debt as an investment in their future, a temporary financial burden to ensure long-term success. Although it may take 17 years to pay off the debt, many students genuinely place their trust in these institutions to be a gateway to future opportunities. In Europe, however, many college graduates share their relief in starting their career debt-free, not necessarily hyper-fixating on what degree they have or where it came from, but simply being grateful to pursue an education without intense financial burden.

The economic nature of American higher education is unique, different from countries with lower tuition costs and even countries with comparable student debt numbers. However, in a holistic scope, it’s important to consider what tangible benefits are being provided to students at American universities and how these customers view the opportunity cost of financial decisions. Has the market of American universities perfected the display of these institutions as luxury goods attainable to anyone through crippling student loans? Furthermore, at what point will students begin to forgo higher education in pursuit of financial stability? Whether or not such a point exists is currently being tested, and student loan forgiveness will certainly not change the cultures, customs, and values that fuel rising tuition.