Turkey within NATO: a Disruptive Ally or a Key Rising Power? 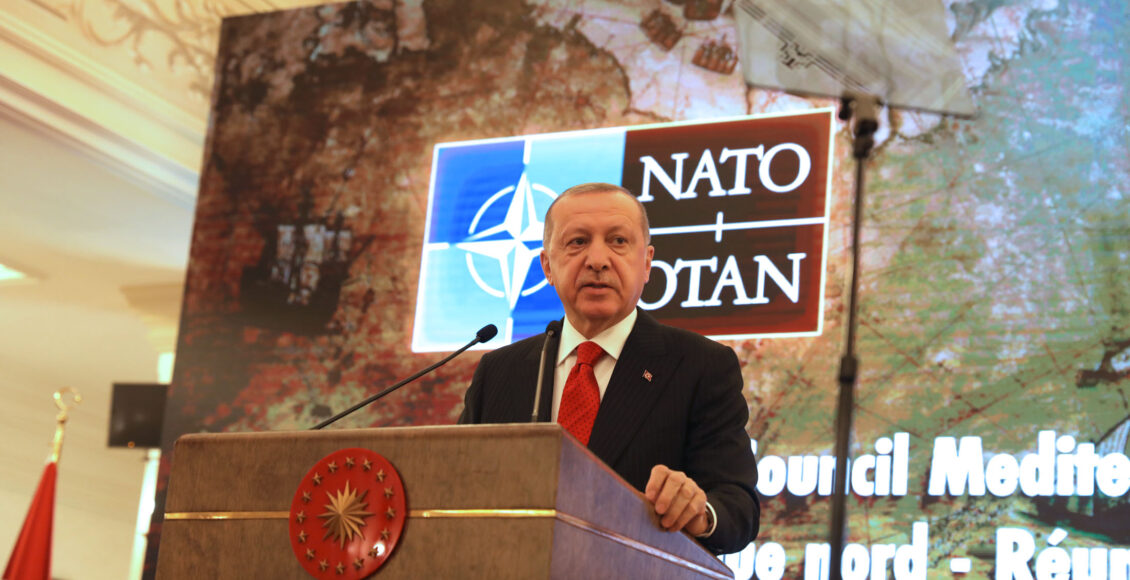 Russia’s ongoing assault on Ukraine has pushed long-term non-member states to consider abandoning neutrality to join the North Atlantic Treaty Organization (NATO). On May 18, 2022, Sweden and Finland formally applied to join the alliance, initiating a diplomatic process that could result in the two nations becoming official members. Russia has not welcomed their application, and other coalition members, such as Turkey, have used their veto power to paralyze the process.

Neutrality from Sweden and Finland

The sudden request of Sweden and Finland to join the alliance marks the end of these two countries’ longstanding neutrality and non-alignment stance regarding war matters and military alliances. While other Nordic countries like Denmark, Norway, and Iceland were original members of NATO following its creation after World War II, Sweden and Finland did not join the pact for historical and geopolitical reasons. During the Cold War, both countries adopted a neutral foreign policy stance, refusing to align with either the Soviet Union or the United States. As Finland signed a friendship treaty with the Soviet Union in 1948, the country’s strict neutrality stance was dubbed “Finlandization.” The USSR promised not to invade Finland in exchange for the country staying out of NATO and American foreign policy influence. On the Swedish side, their policy of neutrality was traditional, consistent with their stance on armed conflict since the 19th century.

Russia’s assault on Ukraine has renewed security concerns across the region and led non-NATO member countries, such as Finland and Sweden, to feel threatened. Sweden, located across the Baltic Sea from Russia, and Finland, which shares a border with Russia, are concerned about the potential aggressive actions by the Kremlin. According to Finish Prime Minister Sanna Marin, joining NATO represents “an act of peace so that there will never again be war in Finland.” Similarly, Sweden’s Prime Minister Magdalena Andersson explained that to ensure the safety of the Swedish people, the best thing to do is to join NATO alongside Finland.

NATO’s “open door policy” invites any European country which meets the requirements and is positioned to “further the principles of the Treaty” to join the alliance. These countries must meet baseline criteria, including a functioning democratic political system based on a market economy, fair treatment of minority populations, a commitment to resolve conflicts peacefully, and an ability and willingness to make a military contribution to NATO operations. Sweden and Finland meet these requirements and are seen as viable members. For instance, Finland is expected to exceed the NATO target of two per cent of GDP towards defence spending, while Sweden has committed to meeting this by 2028. However, an obstacle has slowed down the accession process: Turkey’s initial veto against these two countries’ membership.

Since candidates need the consensus of all member states, countries cannot become members of the alliance without Turkey’s support. Turkish President Recep Tayyip Erdogan has justified his actions by arguing that Sweden and Finland are harbouring and supporting terrorists. He is referring to the militant Kurdistan Workers’ Party (PKK), a Kurdish separatist organization founded in Turkey in the mid-1970s to seek an independent Kurdish state in southeastern Turkey and promote the rights of Kurds living in Turkey. The PKK is classified as a terrorist organization by the governments of Turkey, the US, Canada, and the European Union. Turkey alleged that Sweden and Finland supported the PKK through a Kurdish militant group in Syria with alleged ties to the PKK. Turkey wants to ensure that Sweden and Finland take stronger measures against these kinds of organizations.

Turkey has also demanded that the two Nordic states end a series of arms embargoes enacted in 2019 over concerns about Turkish military offences against Kurdish militants within the country and in Syria and Iraq. Easing these bans would enable the government to receive more weapons from countries like the US, strengthening its national army.

On June 28, Turkey agreed to lift its objections to Finland and Sweden’s memberships after they pledged to toughen their approach to “terrorist groups” and permit arms sales to Ankara. The move shows Turkey’s ability to maneuver and gain concessions by leveraging its veto. Turkey does not seem to oppose NATO’s enlargement but instead holds its defence industry and national security concerns equally important: this gives Turkey significant geopolitical influence.

Still, Russia has warned Sweden and Finland about joining the alliance. Moscow has used NATO’s enlargement towards the East to justify its assault on Ukraine. Any direct attack against either Sweden or Finland would imply an attack on the alliance, which Russia would likely want to avoid due to its inferior resources. Nevertheless, Russia may attack smaller countries, like Latvia or Estonia, to test how committed the US is to sending soldiers on behalf of NATO.

Turkey has taken advantage of a vulnerable situation to maximize its position on the global stage. Considering its geopolitical strengths, like its location between Europe and the Middle East, emerging economy, and growing military might, we may have yet to see the last of Turkey’s advances.