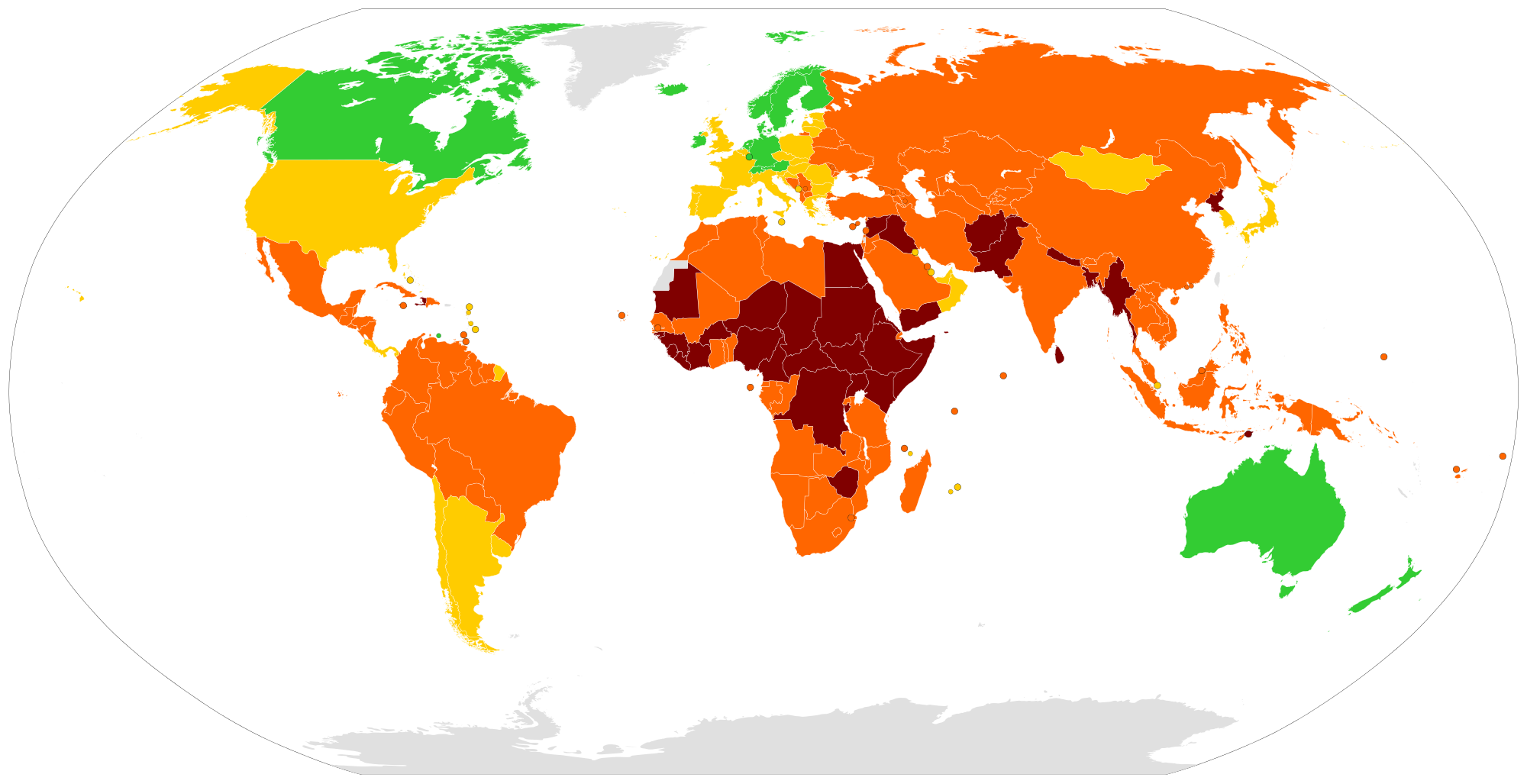 Chances are that if you come across the term “failed state” you will find the five countries that you would expect to find, contrasted to a couple polar opposites like Finland. If there’s more than a handful of countries named, it is probably a “worse of the worst” list from an online magazine like Business Insider accompanied by a couple shock photos. Failed state and political stability indexes put together by think-tanks like the Fund for Peace and the World Bank gather and compile data on political violence, income tax effectiveness, unemployment, and other measures for some 190 countries. They are usually put together by western research groups linked to the security establishment, commercial groups, or foreign ministries, but with their focus squarely set on the “worst performers”. Despite the fact that these methodologies can be just as easily applied to western countries that face internal and external pressures, ranging from populist political insurgencies, ineffective tax collection, to terrorist attacks, the analysis rarely extends to them.

The index that has gained the most traction in public discussion is the Fragile States Index (formerly the Failed State Index), published by an American think-tank linked to foreign policy magazine and America’s security establishment. The index is based on 12 indicators including poverty, economic decline, group grievance, and external intervention. These are in-turn translated in to a “score” which on its own tells little about a country’s fragility but are loosely tied to “alert, warning, and stable”. The most digestible and widely applied feature of the index is the ranking of countries by their scores. Aside from the expected criticism of ranking states by a constructed index based on relatively arbitrarily weighted indicators, the index does provide some illustration of how individual events can affect a multiple aspects of a state’s stability, for instance, the Greek debt crisis. It also gives some surprises like the relatively low score of Singapore, the one of the richest countries in Asia that also prides itself on its stability and effective governance.

Depending on one’s reading of the recent history, the US’s political stability has either been a consistent bulwark of democracy or eroded by a series of security failings. While much of the political discourse and fear of an America in crises can be pinned on the election cycle, there is a significant portion (polls indicate 65%) of Americans who feel the country is fundamentally heading in the wrong direction. This seems reasonable when looking at some of the biggest news over the past couple of years, including the series of terror attacks starting with the Boston bombing that brought back national security as the top concern many of Americans. The primary concern adding to the perception of an American security decline is international terrorism and other external threats, despite the frightening trend of mass-shootings within the nation. Perhaps this year’s armed standoff with militias in Oregon represents a “failing” American governance when looked at in combination with the department of homeland security report that estimates domestic terrorism as posing a greater threat.

Political stability and fragile state indexes also measure, to a certain extent, a whole range of indicators beyond the headline grabbing security incidents. Longer term trends like increasing factionalisation of elites and group grievances have had a greater impact on the overall score than terrorist attacks. Yet the national effect can also hide localised problems; for example Ferguson Missouri had a score of 62 on the Fragile States Index (particularly low score on societal measures) versus the national 34. A single event that did impact the national score was the 2013 government shutdown which came as a result of a divided congress that failed to compromise: this led to the worst year-on-year increase in the past decade. Economic indicators such as unemployment, government debt, poverty are a large part of the overall fragility index score as are the ability of government to provide public services. Security incidents seem to have limited impact on the overall index scores as their effect on the other indicators like demographic pressure and poverty is limited unless overall security breaks down.

Greece’s debt crisis with a 10% drop in GDP and the policies that exacerbated it hit Greece hard on the Fragile States Index, directly affecting state legitimacy, economic decline and external intervention. While there were a number of headlines about the prospect of a “failed” or weakened Greece, the policymakers of the Troika that pushed the bailout conditions would have benefitted from using political stability indicators when weighing the non-financial costs of austerity for Greece. The World Banks’ Worldwide Governance Indicators index for Political Stability and Absence of Violence saw Greece drop from the 64th percentile before the financial crisis to the 38th percentile in 2012. This measure gives weight to the arguments emphasising the damage done by the crisis to the overall governance and stability of Greece, highlighted by the the rise of the Facist Golden Dawn Party to third place in parliament. As the migration crisis continues to put more pressure on the Greek state, Greece’s creditors should be using these indexes as a starting point to a more holistic assessment of the cost of austerity.

Using failed state and political stability indexes alone will always pose a number of problems, such as the arbitrary weighting of indicators and a rather over-simplified labelling something as multidimensional as statehood. Other indexes like the Human Development Index or even measures like GDP are also too often taken at face value without context, rather than being used as starting points for further analysis. There has been a backlash to this kind of ‘scoring’ from the G7+ group which is made up of the countries with the worst scores: they instead refocus efforts on peace and state building goals. Indexes are tool that can either be employed to provide a broad starting point to analysis – like drawing attention to social tensions through a high Group Grievance indicator, or be exploited as easily digestible online countdowns of the most forsaken countries.