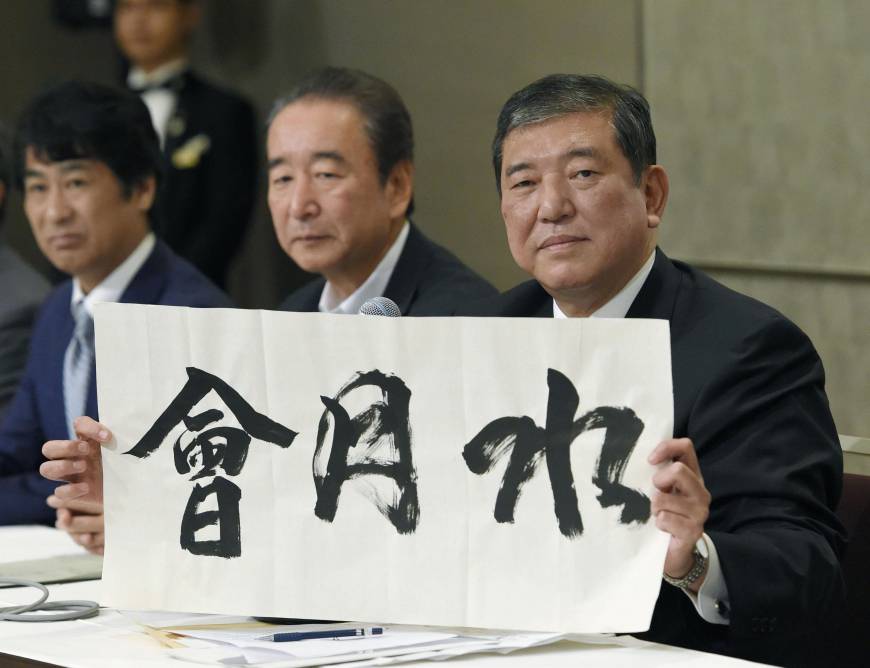 Is the era of Liberal Democratic Party (LDP) factionalism over? In February 2018, Fukushiro Nukaga, head of the third largest faction in the LDP (Heisei Kenkyu Kai), resigned as faction members became discontent with his failure to attain factional allotments despite his loyalty to current LDP President and Japanese. The LDP has essentially governed over Japan for the majority of its post Second World War history, and factions existed due to the constraints imposed by Japan’s previous Multi-member electoral district system which will be further explained below.

Prime Minister Shinzo Abe. Nukaga’s difficulty indicates the decline of factionalism since the 1994 electoral and its accompanying campaign reforms, which with the centralization of the Prime Minster’s office has resulted in continued factional decline. This partisan rebellion comes before the LDP presidential election, which will shape the discussion of Japan’s revision of Article 9 which forbids the maintenance of an armed force. Abe is likely to maintain his presidential tenure, yet internal workings of the LDP reveal that factionalism, while still a powerful factor, has eroded, as is demonstrated by the large presence of independent candidates LDP within the party who have strayed from factional dogmatism.

Faction leaders historically distributed political war-chests to their members during the Single Non-Transferable Vote (SNTV) era as multiple LDP candidates competed in multi-seat electoral districts. Candidates differentiated themselves through the cultivation and maintenance of Koenkai, which were personal electoral support networks whereby favours were exchanged for electoral support. Candidates attained Pork-barrel spending projects for their local constituencies to further entrench electoral support, as pork-barrel politics is often the most viable way of attaining needed investment for communities.

However, Koenkais required tremendous resources to maintain, and elected LDP diet (Parliament) members required post allotments such as committee chairmanships to attain the influence needed to pass pork-barrel projects for their constituency. Factions arose as leaders provided the financial support and post allotments for political support. Faction based universalism became the norm; posts provided via factional proportional representation strengthen loyalty to the LDP President, who was often the Prime Minister of Japan via LDP dominance of Japanese politics.

In 1992 the Japanese economy crashed, heralding the start of Japan’s ‘lost decades’. The opposition gained power and launched an electoral reform in 1994 which altered the SNTV system into a Mixed Member Majoritarian system (MMM); one candidate is elected in each of 300 single-member districts, and 180 are elected via proportional representation. The single-member electoral candidates are chosen by the LDP president, who disburses resources for the electoral campaign. Elections became party-oriented to promote the viability of LDP candidates in single-member districts; especially as reapportionment reduced the prominence of rural districts whose malapportionment was critical for LDP’s continued dominance, almost uninterrupted from 1955-1993, 1996-2009, and 2012 onwards. Political reform was buttressed by financial reforms, whereby contributions were conferred to political parties instead of factions within the party, eliminating factional war chests.

Factions lost influence as their campaign resource distribution was hampered, and because they were better maintained by intraparty competition under the previous SNTV system. Factions became smaller and more flexible as candidates were no longer constrained by intense intraparty competition, thus negating the need for a factional patron. Factions lost influence over post allotments and control over leadership selection as was seen when Kono, a major player and driver in LDP politics during the late 90s was forced to drop out from the leadership race despite attaining support from faction leaders as his rival Hashimoto had courted younger members. 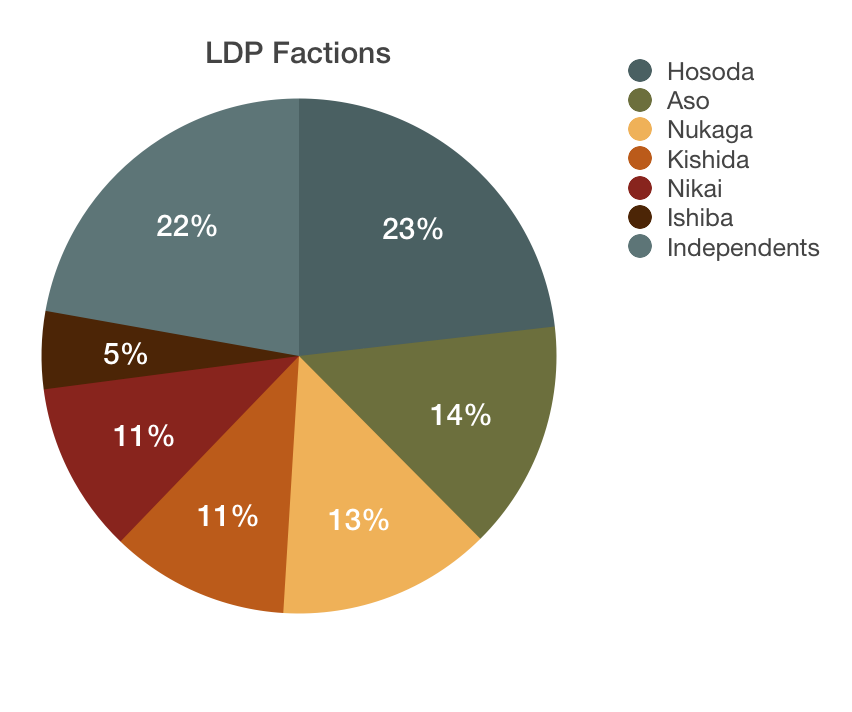 Nukaga’s faction did not attain favourable post allotments due to declining factionalism, despite his unwavering support for Abe, leading to a rebellion forcing Nukaga’s resignation and his expected replacement by Takeshita. Takeshita is close to LDP presidential candidate Ishiba who in 2012 nearly beat Abe in the Presidential election–yet in 2018 Abe dominates LDP members due to increased centralization, factional support, and the influence of the Prime Ministership which buttresses his position within the LDP. Abe has not formally declared his intention to run for an unprecedented third term for LDP presidency, but the door is open as the two-term LDP presidential limit was waived in March 2017.

Most recently, Abe began preparing for his unprecedented third term as he recently courted young party members, stating “You have become Diet members at a historic point”. The historic point in question is the discussion on amending Article 9 of the Constitution, potentially to allow Japan to formally establish armed forces. Furthermore, 48% of LDP members are part of the Hosoda, Aso, and Nikai factions which are unwaveringly loyal to Abe, while their influence indicates the power of factionalism within the LDP. 81 independent candidates demonstrate that changes have taken root in the LDP as independents were previously unfeasible. This growth in independence demonstrates that factions are no longer an essential element for political survival, and Nukaga’s faction shows that even the third largest faction is unable to confer a significant benefit to its followers.

Factionalism within the LDP is ending, while still playing a role in internal machinations of the LDP, mainly as factional members remain due to the hope their factional position will lead to post allotments. The presence of 81 independent candidates validates this decline and serves as a logical conclusion to the 1994 reforms. Abe is likely to retain his presidential tenure over the LDP despite Nukaga’s fall; debates surrounding constitutional revision of Article 9 will hinge on how many LDP members Abe gets on his side in the September LDP election.