The Ugly Face of Inequality in India 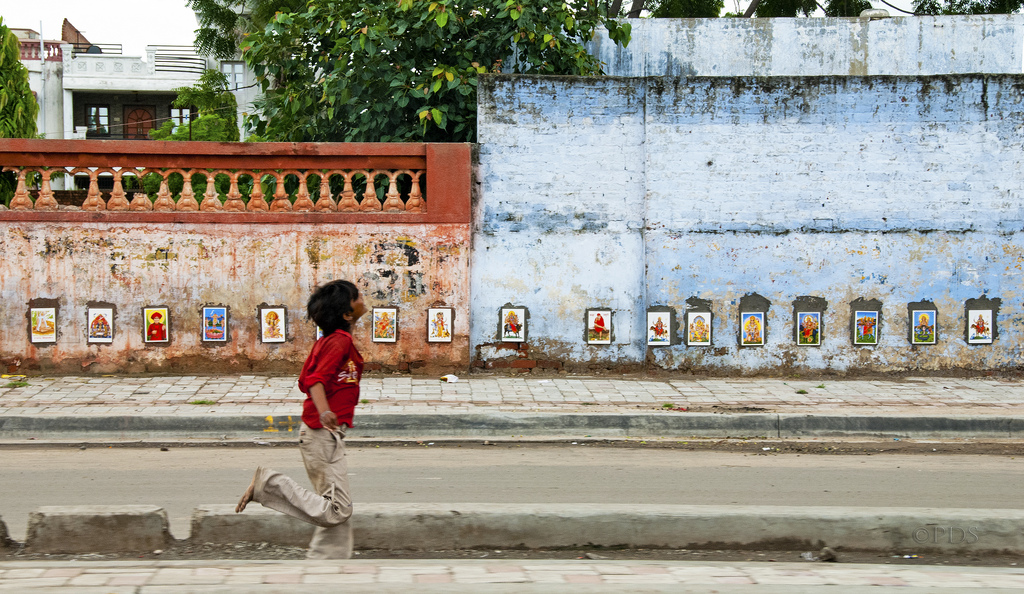 Income inequality in India has hit its highest level in 92 years. New figures from Credit Suisse suggest the wealthy elite of India, its richest 1%, now own 58.4% of the wealth. This makes India, often revered as a key rising economic power among the developing nations, the second-most unequal country in the world. What is behind this recent rise in inequality? And is it really a problem?

Social divides in India have often been attributed to its rigid caste system. This system takes roots in Hinduism, which traditionally separated people into four groups: at the top were the Brahmins (priests), the bottom class were the Shudras (menials and servants), and in between were the Kshatriyas (warriors) and Vaishyas (traders, farmers). For centuries, inter-caste marriage was forbidden, and one’s caste dictated almost every aspect of one’s religious and social life. Remnants of the system still manifest themselves in Indian society today: across much of the country, it is still common to discriminate based on people’s surnames (which often reveal which caste a Hindu belongs to). Ram Nath Kovind, a member of India’s lowest caste, recently made headlines after being elected president of the ruling BJP party – a sign of progress, no doubt, but also bringing to light the longevity of India’s deep-rooted social divides.

Also important are economic factors. Like other newly industrializing countries such as China, India is no different in that despite experiencing high growth rates for much of the 20th century, it has also seen increases in its inequality. Growth in India has accounted for around 10% of the world’s economic activity since 2005 – it has averaged a GDP growth rate of 6.3% over the same period – yet the average Indian remains poor, with average income at $4.90 per day, and median income at $3.55 per day. A key driver of India’s inequality has been unbalanced economic growth, highlighting the need for more policies to promote inclusive and sustainable development in future.

The main challenge facing the reduction of inequality in India is the relative isolation of its rural poor. Rural-urban inequality is quite a problem: 26% of India’s rural population lives below the poverty line, compared to 13.7% in urban areas. Access to basic services in rural areas is limited, as electricity and water sources are harder to come by, and sanitation rates (households with a toilet) are three times lower than in urban places. Additionally, jobs in villages are often informal and/or low paid. The issue is compounded by the fact that around 67% of Indians still choose to live in rural areas. Moving to the city comes with no guarantee of a job, but it is at least easier to access government welfare schemes in urban areas.

The Need for Reform

The alleviation of poverty has been a prominent theme in Prime Minister Narendra Modi’s premiership. His early pro-business approach of land and labour law reform was seen as pro-wealthy by his critics; as a response, Modi rolled out a number of initiatives aimed specifically at the poor. These have included the “Save the Girl Child, Educate Her” scheme, targeting gender-based inequality, and the expansion of the ‘Aadhaar Card’ unique beneficiary identification system.

Whether these amount to anything more than glossy policy, however, remains to be seen. Aadhaar, for example, aims to improve the distribution efficiency of government food subsidies and crop insurance schemes. However, critics have claimed the scheme is overly ambitious for 1.3 billion Indians, and the technical bureaucracy of the Aadhaar beneficiary scheme is too primitive to work. Security of the Aadhaar database is rudimentary – earlier this year it emerged that over 200 government websites had publicly displayed details of beneficiaries, including their names, addresses and ID numbers.

It would be inadequate to discuss pro-poor policy without mentioning Modi’s demonetization initiative last year, in which all 500 and 1,000 rupee notes were removed from circulation – representing 86% of cash flow in India. Aside from hitting growth rates, some economic commentators believe the policy disproportionately impacted the poor, because it caused food prices to collapse, affecting farmers incomes. In the long run, however, eliminating India’s shadow economy – estimated to be worth 20% of GDP – could improve the country’s growth prospects, and if the benefits of this are distributed to the poor (for example through welfare schemes), the effects of demonetization might not be as regressive as once thought.

Given its demographic challenges, poverty reduction in India is by no means easy. However, it is wholly necessary: most international institutions recognize inequality as a driver of health, education and economic opportunity disparities. Inequality can also subvert society by increasing instances of social problems like violent crime. Not least, high income inequality is likely to hold back overall economic growth – it undermines the opportunities for education and skills development of people from underprivileged socio-economic backgrounds and hampers social mobility. The OECD recognizes the importance of decreasing inequality, in order to promote the strong and equitable growth of countries including India.

It is clear that Prime Minister Modi must do more to combat India’s rising levels of inequality. Most alarming is the speed at which the issue is growing: in the early 1980s, the top 1% of earners in India captured 6% of total income. Today it stands at 22%. In addition, India has become the country with the highest gap between the income growth of its top 1% and that of the full population.

There is no one clear-cut solution to India’s deep socio-economic divides. The often touted approach for developing countries is to invest in public services, such as education, health services and infrastructure. It is true that India currently only spends 3% of GDP on education and 1.1% on health, whereas South Africa spends more than twice as much on both. Oftentimes, however, these macroeconomic policies are undermined by microeconomic problems; India’s secondary school enrolment rate is just 69%, and educational attainment is even worse in rural areas, where half of students have dropped out of school by the age of 14. No amount of education spending can help if parents are deciding that an extra hand at home is more valuable than the completion of a full course of schooling.

It may well be that resolving India’s inequality problem is not a matter of economics, but rather politics. Transparency International, a multinational anti-corruption watchdog, recently ranked India as the most corrupt country in Asia. It cites that in five public services – schools, hospitals, ID documents, police, and utility services – more than half of respondents have had been forced to pay a bribe. The general bribery rate stands at 69%, surpassing that of Vietnam, Thailand, Pakistan and Myanmar.

It is clear that India must take a balanced approach to improve overall economic equality, incorporating a mix of public spending, progressive taxation and greater legislation. It must also promote social mobility by combatting caste-based discrimination. To ensure these measures are effective, however, the government must first take steps to improve institutional transparency. By providing accountability on a national and state level, the efficiency and efficacy of government programmes could be greatly improved. Most significantly, the eradication of corruption could be the key to raising living standards in the country, and empower the lives of millions of India’s poor.

Zachary Nanji is an undergraduate student at McGill University majoring in Internatinoal Development Studies, with interests in European politics, business, and technology.