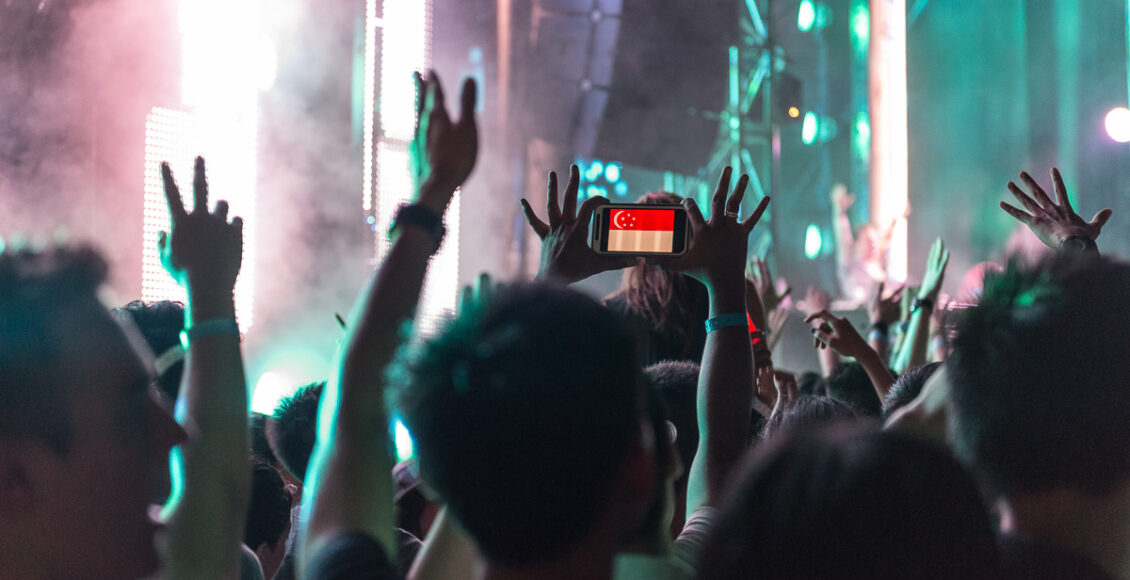 Have you ever attended a rave with your friends and considered that your amusement might also be a political statement? This has been the case for a growing number of young Singaporeans over the past few years. The sovereign island-city of Singapore, located at the tip of the Southeast Asian archipelago, is often associated with iron-fisted laws and widely regarded as a haven of political order and the rule of law in Southeast Asia. However, in contrast to this conception, the red-light district of Geylang has grown to become a driving force of the city’s underground culture. Namely, the district is the birthplace of a new techno scene that contradicts the state’s authoritarian and hyper-capitalist stances. Although it is still limited to a dark corner of Singapore clubbing culture, it provides local youth and non-conformist thinkers a new platform to oppose local politics and institutions.

Hyper-capitalism and the rule of law in Singapore

Episodes of radical political opposition do not exist in a vacuum, and Singapore is no exception. The city quickly rose in regional and global affairs as a highly productive economy, recording the 9th highest Human Development Index (HDI) and the 3rd highest Gross Domestic Product (GDP) per capita in Purchasing Power Parity (PPP) worldwide following its independence in 1965.

This noticeable socioeconomic growth was bolstered by Singapore’s founding father and former Prime Minister Lee Kuan Yew’s particular interest in ensuring strict rule of law throughout the city. Having emerged as the leader of the People’s Action Party (PAP) in the 1950’s, he demonstrated a particular attachment to hierarchy, order, and the rule of law over individual freedoms, which translated to notably strict legislation, such as Singapore’s notorious ban on chewing gum. This reflected a need to bolster a sense of nationalism in the direct aftermath of independence from Malaysia, and held particularly strong given the scarce population in Singapore at the time. However, the most noteworthy trade-off was the rise of authoritarian control over personal liberties, sometimes leading to harsh punishments, including the death penalty, for convicted individuals.

This approach dovetails with drastic restrictions imposed on political campaigning that has safeguarded the PAP’s hold on power for nearly 55 years. On the one hand, the PAP actively vilified the main opposition party (Workers’ Party, abbreviated WP) during the Cold War, portraying them as communist supporters of the Soviet Union, while Singapore was developing a hyper-capitalist regime backed by the United States. On the other hand, the PAP is responsible for much of the advanced socioeconomic living standards that Singaporean citizens enjoy to this day, which acts as a disincentive for them to turn to opposition politics, as demonstrated by overwhelming majority held by the PAP in the Parliament to this day. In this sense, an increasing amount of younger Singaporeans are turning to the underground culture to find alternative forms of opposition.

Horizon99 and the Geylang underground culture

The nascent techno-rave scene in Singaporean underground culture is based in Geylang — informally known as Singapore’s red-light district — which has been characterized as the “last vestige of sin” in the city. The district is known for being a hub for illicit economic activities, like illegal sex work and unlicensed cigarettes,  making it fertile ground for Singaporean youth to establish a radical counterculture movement.

Since the 1990s, Singapore’s techno-rave scene quickly rose to prominence, becoming a major aspect of the city’s underground culture by the mid 2010s. At the heart of this non-conformist cultural trend is Horizon99, also known as LEAP. Founded in June 2017 by Singapore residents Sant Ruengjaruwatana and Chantal Tan, known by their stage names ROT FRONT and A(;D respectively, this broadcast series grew to become the backbone of the underground techno scene in the city-state. Having built their musical notoriety via SoundCloud, both artists began their informal raves in the jungle in 2015, before progressively shifting toward a more professional organization.

Overtime, Horizon99 has attracted many more aspiring digital artists and disk jockeys (DJs) looking to escape the highly exclusive clubbing culture in Singapore, building its brand on raves located in deserted industrial buildings in Geylang. However, the impact of these raves extends well beyond a seemingly innocent industrial techno party. The promotional material posted by Horizon99 on their events’ pages, most of which is often deleted after the party —likely to avoid repercussions from the government — reads more like a political manifesto than online advertising. The use of strong anti-capitalist statements ranging from “The neoliberal ideological engine sputters on” to “Our future must be reclaimed” shows that Horizon99 dives deeper into political sloganeering than the average techno party. Ruengjaruwatana and Tan call themselves “techno-socialists,” using techno music to defy the dominant capitalist and neoliberal propaganda in Singapore. However, so far, there have been virtually no instances of government shutdown of Horizon99’s activities.

It is also worth noting that Horizon99 is still able to exist in cyberspace via Facebook or Instagram, and even has its own feature on Resident Advisor, an online music magazine dedicated to showcasing electronic music. Both co-founders operate the visual production of their promotional material via lhtttt (abbreviated from lies, half-truths, truths, trues-trues) that seeks to develop innovative communication strategies across the Singapore media landscape. However, what Ruengjaruwatana considers to be the core mission of lhtttt, which he proudly advocates on his LinkedIn page, is queering the visual and musical scene in the city. This aim is especially important considering the absence of LGBTQ+ rights in Singapore, with the Penal Code specifically targeting homosexual men with up to 2 years in prison. In this sense, Horizon99 appears as an inherently political project that can be seen as a necessary tool to help Singaporean youth express their frustration and discontent with the current state of politics in the city.

Techno music, a vector for broader community-building and social cohesion?

Insofar as Horizon99 and their radical dance parties offer an inclusive environment for those seeking to escape austerity, the broadcast series is spearheading a solidarity movement that transcends music preferences and even physical borders. Ruengjaruwatana and Tan emphasized the influential role played by underground music scenes internationally in shaping the techno culture in Singapore, citing Berlin as a pertinent example. Horizon99 has sought to draw inspiration from the anti-conformist and radical forms of artistic expressions that characterize the underground art scene in Berlin, while avoiding the gentrification of techno music. More locally, Horizon99’s co-founders have stressed the influence of the Taiwanese “delinquent techno” music on their rave parties, building on the cultural significance of the underground culture in Taiwan. In doing so, the emergence of the rave scene in Singapore has contributed to creating a transnational bond with fellow scenes worldwide, thus increasing its reach and visibility.

This transnational bond echoes a broader tendency of Horizon99 to unite with other outsiders. Both co-founders have actively collaborated with other underground scenes in Singapore, mainly the punk and metal scenes, to help promote their platform. The connection here is not surprising considering industrial techno and metal music share the same roots, in addition to opposing the domination of capitalism and neoliberalism within Singapore. Collaboration was further accelerated by the need for venues, which has grown to become a problem due to police crackdowns on illegal venues, or owners’ reticence to rent these for underground activities. These parties have, therefore, seen the emergence of a united front between the many underground cultures in the city as a loud but discreet protest against authoritarianism.

There is no denying that the current COVID-19 outbreak and its aftermath will seriously limit Horizon99 and other artists’ ability to pursue their underground techno beat revolution, considering the strict lockdown imposed by the government following an overwhelming surge in cases coupled with the incoming contact tracing app recommended to fight the coronavirus pandemic. This raises questions as to whether or not this underground techno scene will manage to resume their activities without fearing government crackdown.

Featured image: “I am Hardwell” by YuJin Lim is licensed under CC BY-NC-ND 2.0. No changes made.