Underpaid Fighting Championship? The Uphill Battle for a UFC Union 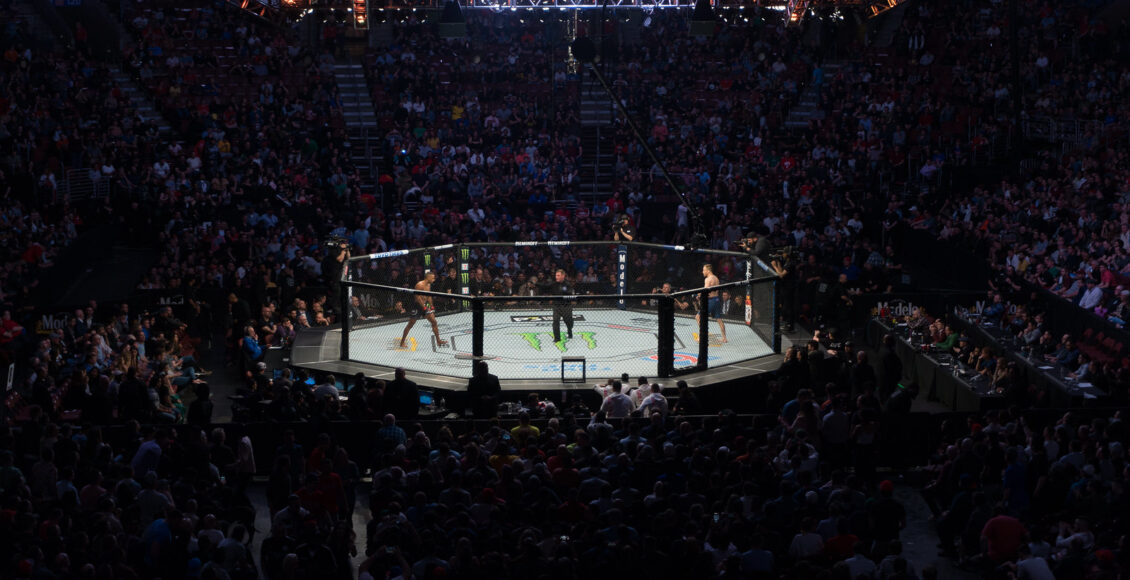 Edson Barboza faces off with Justin Gaethje at UFC on ESPN 2: Barboza vs Gaethje on March 30th, 2019 in Philadelphia.
Share

While most major North American sports leagues continue to develop plans for an eventual resumption of activities amidst the coronavirus pandemic, one organization has already been back in action for almost a month. Despite weathering some criticism and having one fighter test positive for COVID-19 prior to an event, the Ultimate Fighting Championship (UFC) has more or less managed to return to activities in accordance with social distancing protocols, hosting four events in empty arenas throughout the month of May. Many UFC fighters welcomed the return of events, and several interesting bouts have been scheduled for the coming summer months. This eagerness to get back in the octagon has not entirely been the result of competitive drive on the part of the athletes, however. The reality for a number of fighters is simply that they need the money. If one thing, the speedy return of the UFC has brought the issue of fighter pay – one that has been increasingly raised in recent years – to the forefront of the discourse on mixed martial arts.

As the world’s premier mixed martial arts organization, the UFC is valued in the billions of dollars, having sold for $4 billion in 2016. If UFC President Dana White is to be believed, the promotion company may have reached the $7 billion valuation mark in 2018, bolstered in large part by a highly lucrative broadcast partnership signed with ESPN that same year. There are a total of 588 active fighters on the UFC roster, spread out across 8 men’s weight classes and 4 women’s weight classes. Since the ESPN broadcast deal entered into force in January 2019, the UFC has primarily earned revenue through the broadcast rights to live events, in addition to the revenue generated through live event attendance. So long as the UFC is able to host 42 events in 2020, it is guaranteed $750 million from ESPN for broadcasting rights. In addition to this deal, the UFC profits from a number of corporate sponsorships, most notably with Reebok whose equipment has been used exclusively by UFC athletes since 2014.

On the other side of the UFC’s financial equation are the fighters themselves, who are responsible for the UFC’s central product by putting on live mixed martial arts fights. Fighters in the UFC are paid on a per-fight basis and negotiate individual contracts with the UFC to determine their pay, with each contract lasting a specified number of fights. Elements that benefit fighters in contract negotiations include prior fighting experience, prior fighting success, and an ability to draw in viewers by providing entertainment value. Often, UFC contracts include win bonuses, where fighters’ earnings increase or double for winning a fight. In addition, the UFC awards $50,000 discretionary bonuses at each event, for what they judge to be the “Fight of the Night” and the “Performance(s) of the Night”. Lastly, fighters earn a sum per fight from the Reebok partnership depending on the length of their tenure in the UFC, which can range from $2500 per fight for fighters with 1-5 UFC fights to $15,000 for fighters with 16-20 UFC fights to $40,000 for UFC champions. In practice, most fighters earn $10,000 or less from the Reebok deal, as there are only 12 champions in the UFC and according to data compiled as part of an antitrust lawsuit against the UFC, the average fighter’s career lasts 3.3 fights. The exclusive and highly regulated nature of the Reebok sponsorship program has been heavily criticized by several former UFC fighters, as the previous system allowed each athlete to earn more by negotiating deals with their own sponsors.

To put the matter of fighter pay into perspective, a closer look at the payouts from a recent UFC event is in order. UFC on ESPN: Overeem vs Harris, which took place on May 16th in Jacksonville, Florida, featured a total of 11 fights. The highest paid fighter was Alistair Overeem, a 9-year, 18-fight UFC veteran and the winner of the main event, who earned $400,000. The lowest paid fighter was Don’Tale Mayes, who lost the first fight of the evening. Mayes was fighting in his 2nd UFC bout and was paid $10,000. Out of the 22 fighters competing at the event, only 4 earned six figures, with the rest earning from $10,000 to $96,000. It is worth noting that fighters do not take home all that they earn, as they must pay taxes, training and coaching expenses, as well as management fees and medical fees. For a single $20,000 win in 2015, UFC fighter Myles Jury estimated that he would have to pay $14,500 to cover his expenses alone. On an annual basis, the figures are similarly disheartening: 37 per cent of UFC fighters earned less than the median US household income of $45,000 in 2018, while only 33 per cent earned six figures or more. Although a small number of UFC superstars earn massive sums of money per year (Conor McGregor being perhaps the most notable of these), the financial reality for many UFC fighters is a precarious one, in which many fighters must work second jobs or host GoFundMe fundraisers to cover expenses. A meagre 16 per cent of the UFC’s $900 million revenue in 2019 went to fighters, compared to 48-50 per cent of the revenue of other major sports leagues such as the NHL and NBA.

The most visible structural difference between the UFC and the other major North American sports leagues is its lack of an athletes’ union, which represents the most promising avenue for reforming fighter pay in the UFC. The principal debate in the labor politics of the UFC is whether fighters are independent contractors, which would preclude them from unionizing, or whether they are employees, who would have the right to form a union. The UFC insists on the former designation, while athletes driving unionization efforts emphasize the latter. Former UFC fighter Leslie Smith, who has led the largest UFC unionization drive, was released from her contract in 2018 just two months after her Project Spearhead initiative was formed. Although the UFC claimed it had fulfilled its contractual obligations, Smith filed a grievance with the National Labor Relations Board (NLRB) alleging unfair labor practices and retaliatory termination. When dismissing her complaint in the fall of 2018, the NLRB opted not to weigh in on whether UFC fighters are independent contractors or employees, leaving the issue hanging in the balance for the time being. That said, it is more than likely that the NLRB, which has been criticized as anti-worker under the Trump administration, will eventually be compelled to resolve the matter. The Project Spearhead initiative will need to collect 150 union cards from current UFC fighters, of which there are 588, to force an NLRB hearing on their ability to unionize. Unfortunately for Project Spearhead, the leaders of the effort have admitted they remain well short of this goal and are losing union cards as interested fighters leave the UFC, whether because they are released or opt to continue their careers elsewhere. It is also quite plausible that the highly individualistic, short-term nature of most professional MMA careers is a structural barrier to unionization, which often requires sustained engagement over time to succeed.

While the prospect of a UFC union remains uncertain for the moment, the financial plight of mixed martial arts fighters has recently gained a higher profile in American politics, thanks in large part to the efforts of former Democratic presidential candidate Andrew Yang, whose campaign included a policy proposal specifically directed at MMA fighters. Yang promised to empower the unionization of fighters by having the NLRB designate them as employees, among other beneficial proposals. Unfortunately for fighters, presumptive Democratic presidential nominee Joe Biden has not commented on the issue, and there are no indications it would be a legislative priority should he win in November’s election. Unless unionization efforts are able to gain momentum in the coming years, it appears more than likely that fighters will continue to put their bodies on the line to entertain the fans, all for a small and ever-stagnant piece of the financial pie.

The featured image, “Barboza vs. Gaethje” by Jordan (cantbecool) is licensed under CC BY 2.0.